Way to the New Image of the City: SUSU Digitalizes Chelyabinsk 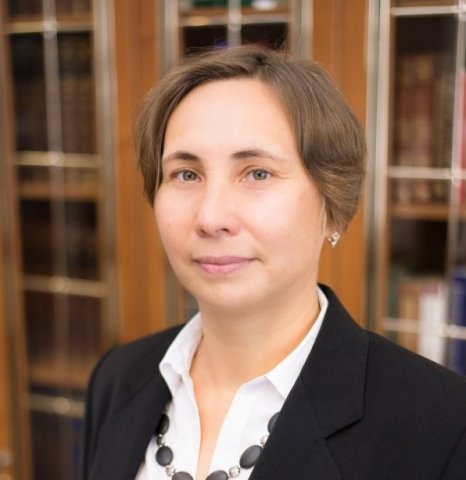 Today the issue of Chelyabinsk and the Chelyabinsk Region image improvement is of the current interest. Within the frames of the project study, SUSU takes the most active part in this work. The historians of Institute of Social Sciences and Humanities  are intent on contributing to the solution of the task of the city and the region rebranding. Head of the project, Doctor of Sciences (History) Olga Nikonova told on the projects of historical and cultural character, virtual excursion around Chelyabinsk, digitalization of SUSU history, and many other things.

– What is the role SUSU can play in the solution of a large-scale task of the city and the region rebranding?

– I will refer to the opinion of a well-known researcher of the history of Chelyabinsk, Senior Researcher Fellow of the Research and Education Centre for Eurasian Studies of SUSU, Gayaz Samigulov. In his opinion, the Chelyabinsk citizens consider their hometown a place that does not have an interesting past. This is a typical opinion of residents and the city leaders. In fact, this does not comply with the truth, both in relation to the city and in relation to the region! Such a stereotypical point of view negatively affects the demographic situation in the city and the development of the tourism cluster. The main tasks of our project are the following: to convey to the city community and the regional authorities the understanding that Chelyabinsk is a city with a significant and interesting past, to mark the historical objects on the map, to make a quality product, which will acquaint the city guests with its history in a modern way.

– What are the historical, cultural and social projects you are working on today?

– The name of our project is formulated quite widely - Public and Digital History (hereinafter - PDH). Under this wide name, the specific projects will be implemented in the course of two years. We start with the project under the general title “Electronic Interactive Application “Historical Reconstruction of Chelyabinsk”. The purpose of creating such an application is to familiarize the Chelyabinsk citizens and guests of the city with its history and to form a database with information on the historical and cultural objects of the city.

We will begin with the key points of the history of the city, and then we will include more and more interesting objects in the application. It is a known fact that many objects of the past of Chelyabinsk were lost. For example, there is no longer a fortress from which the city once began. Thanks to the project, the Chelyabinsk citizens and guests of the city will be able to “wander” along the virtual fortress. Presumably, this will be a 3D projection of the fortress, possibly with animation elements: one will be able to “enter the fortress”, “get to know” its inhabitants, “visit” the dwellings in the fortress... 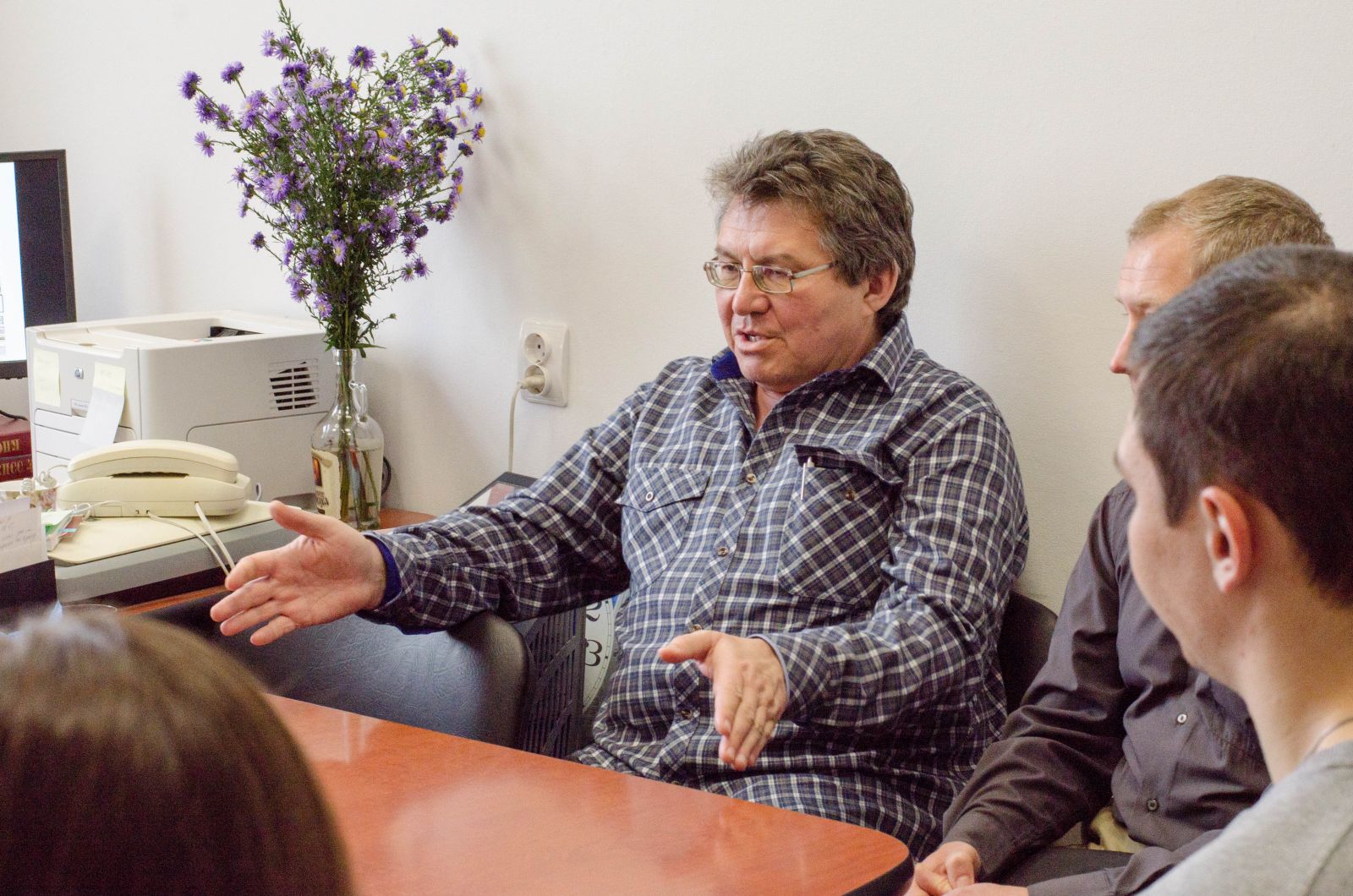 – Among the tasks, you mention the monitoring of existing PDH projects in the region. Does this mean that SUSU will take on the implementation of already existing projects?

– In the field of digitalization of the history of the region, both enthusiasts and the Ministry of Culture of the region are actively working. For several years, there has been existing the so-called “Chelyabinsk Red Line” – an application for mobile devices. On August 23–24, 2018, SUSU representatives took part in the All-Russian Forum “Information Society-2018”: Digital Development of Regions”. During the conference, we got to know the organizations that work in the same direction, in particular, they develop tourism projects using digital technologies and augmented reality.

– What are the advantages of the project?

– Our main plus is the possibility of combining high-quality historical content with advanced digital technologies. At SUSU, there are the forces concentrated, which are seriously engaged in the history of Chelyabinsk. That is why we are the best in preparing the content of the application. We interact with other universities of the city and can use the potential of our colleagues. This creates a cumulative effect on the formation of high-quality historical content.

As the monitoring of the existing projects shows that, the content often poses serious problems due to the fact that specialists in the field of computer technologies or web design work without the help of historians. While developing an interactive application, they find information from the Internet resources, and there are a lot of mistakes, unverified information or simply unprofessional texts!

On the other hand, to implement an interesting electronic application, it is necessary to have a good technical base and advanced, competent specialists working in the field of digital technologies. SUSU has such opportunities. Institute of Engineering and Technology, Institute of Architecture and Construction, and Institute of Social Sciences and Humanities will work together in an interdisciplinary project. We have already reached the agreements on cooperation with these subdivisions. The work itself is already in the active stage. Together we are technically able to prepare a high quality and competitive product. An agreement has been reached with School of Electrical Engineering and Computer Science. We have a good experience of work with economists. Economists, historians, and political scientists together participated in a project implemented on the basis of the Kunashaksky Municipal District. Two students of Department of Industrial Economics and Project Management made an economic assessment for two projects – a tourist route around the village of Bolshoy Kuyash and the implementation of Pokrov of the Holy Virgin Church in the same village. The experience of interaction was very positive, and we look forward to continued cooperation.

– In short, the object must be appropriate for copying and renewable. It should be possible to replicate it on another material. It will be a mobile platform, which, for example, can be transferred to historians in any other area, and they will fill it with their content, make the product of a virtual city according to the sample. Our technology can be bought and filled with another content.

– What are the other projects that are included in your data bank?

– The second specific project in the direction of Public and Digital History is related to our university topics. This is a local project for the anniversary of SUSU, which aims to digitize the history of the university. We will offer the university management to consider the prototype. If it is approved, we will move in this direction further.

– The technology of digitalization of the university history is slightly different. Together with Marketing and Strategic Communications Department and Department of Global Network Technologies, we create a site that will be accessed from the main university site.

– What will be the work order within the frames of the project?

– Each of our seven undergraduate students of the master programme received a trial individual task, which should reveal the level of their readiness to solve specific problems of the project. Following the results of the monitoring, subgroups will be formed that will receive specific technical tasks and will interact with students from other departments of the university. Undergraduates of the master programmes took part in several brainstorming sessions, during which they non-stop generated the ideas about how an interactive application might look and work. A meeting of the extended project team also took place: historians, designers, and technicians discussed the specific steps of the project and the responsibility of each of the parties.

– How is it planned to carry out historical and cultural mapping of the territory of Chelyabinsk?

– Maps with historical and cultural objects of the city and virtual tours of the city already exist. Most often, this is the result of the work of enthusiasts. I have already mentioned the Chelyabinsk Red Line (a project of Timur Tazetdinov), which has been online since 2015. However, the mapping is an endless process, since maps can be replenished due to previously unaccounted objects and thematic extensions. This endless process is connected with the essence of the history: as soon as the day is gone, it became history. Objects that are associated with significant events in the history of the city will continue to appear in the project.

Our goal is to provide an electronic resource at the end of the two-year project cycle, which identifies the objects that we will be able to digitalize (digitize) in the course of two years. Some of the information will be stored in the form of a database, which again can be replenished and expanded never-ending.

– Do students work in tandem with reputable historians?

– Yes, we work together. For example, Gayaz Khamitovich Samigulov is our Research Consultant, he has already accumulated information and valuable sources on the history of Chelyabinsk. We will give him students from our project team who will receive specific assignments for working with these sources, and, accordingly, consult with Gayaz Khamitovich. I also work as a project manager and the graduate student I am working with is Yevgeny Alekseevich Petrov. He is engaged in organizational work and supervises students. Teachers from other institutes who teach courses for historians from the basic part of the curriculum, and the teachers of Department of Russian and Foreign History – Professor Viktor Sergeevich Balakin, Associate Professors Alexander Anatolyevich Timofeev, and Nikolai Aleksandrovich Antipin – are also involved in the project teaching programme. For the implementation of the subproject “Digital History of SUSU”, a working group was created, which works under the leadership of Associate Professor Svetlana Anatolyevna Krivonogova. 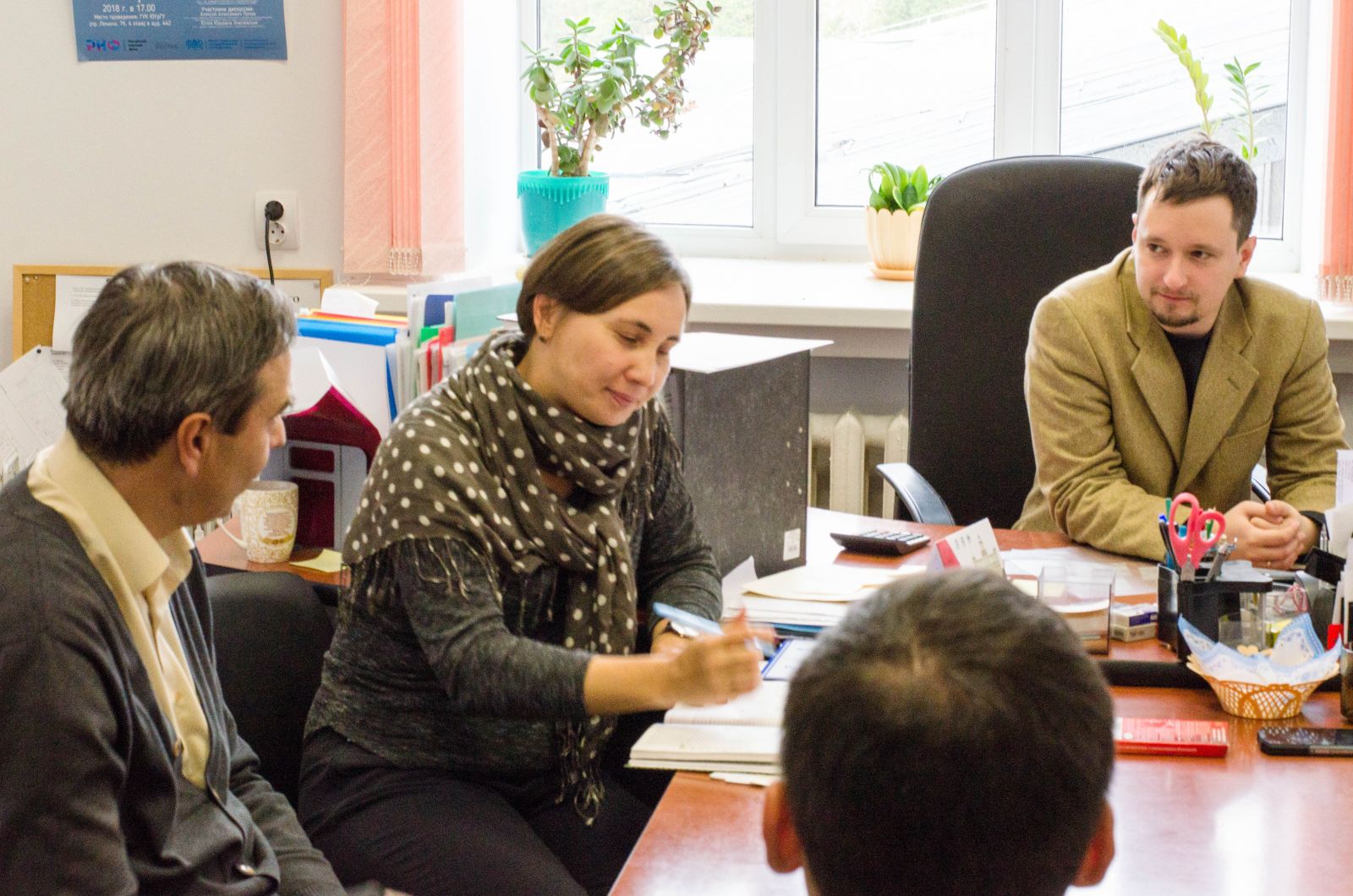 – How does the project training of historians work?

– The first task for the students was to select one historical object in Chelyabinsk for the project, prepare a short description of it, and explain the grounds why this particular object is worthy to enter the virtual tour of Chelyabinsk. We have a group of leaders. The student of master programme group SG-136 Dmitry Vasilyev coped with the task best of all. His work is devoted to the house of the merchants Zlokazovykh. He developed both a detailed description for an audience prepared for the perception of historical material and a short story addressed to the tourists.

Bachelors who participate in our project within the hours for research and scientific work are also involved in the project. Bachelor programme undergraduate students Daria Dorokhova and Galina Prosvirnina also entered the top three. They singled out Znamya and Rodina cinemas (now the organ hall) as worthy historical and cultural sites.

– What is the role of partner organizations in the project?

– We work most closely with the non-profit organization South Ural Foundation, with which the university has an agreement. In addition, we went to the Administration of the Chelyabinsk Region, which is interested in the project. In the near future, we plan to prepare a presentation fragment of our project, which will allow us to reach a new level of discussion with partners, on which the future of the project will depend.

– Tell us about the near-term tasks of the project?

– The near-term plan is to work, work and work. As the project develops, new questions and tasks arise that were not thought of at the beginning. The project is a living organism that grows and develops, requiring daily attention to itself. Now the most urgent task is to prepare materials for the participating departments from the other institutes and see what they can do while working with the objects that are new for them – the historical sources. The second equally important task of strategic importance is that representatives of various specialties should learn to speak a language that is understandable to each other. We are full of confidence and ready to cope with it.