SUSU Researchers Took Part in the International Conference in China 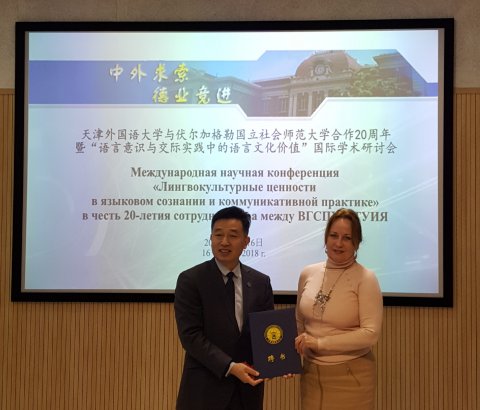 In November 2018, Tianjin Foreign Studies Universities has held the international scientific conference on Linguocultural Values in the Linguistic Consciousness and Communicative Practice. The delegation of SUSU linguists took part in this conference.

SUSU and Tianjin Foreign Studies Universities have close research ties: in May 2018 with the grant support of the Russian Foundation for Basic Research, SUSU held a scientific conference on Interaction of Languages and Cultures. The SUSU partner in organising and holding this conference was Tianjin Foreign Studies Universities (TFSU), one of the largest linguistic universities in China, which is famous for its various linguistic programmes, research studies, and scholars.

The conference held in November in TFSU is a follow-up of scientific ties between two universities. Such close attention to the development of linguistics and linguistic education in TFSU and SUSU is quite obvious: without humanities knowledge, without studying languages and the world culture, the academic science would be incomplete and would not meet the compelling needs of human development. The linguistic knowledge takes on particular importance at the current stage of society development in the context of globalisation and intensification of international cooperation. This fact specified the conference topic in TFSU, namely Linguocultural Values in the Linguistic Consciousness and Communicative Practice.

The opening ceremony was held on 16th November. Professor, Vice President of Tianjin Foreign Studies Universities, Doctor of Philology Wang Mingyu welcomed the conference participants. He noted the event’s significance for the development of relations between Russia and China, its key role in the development of linguistic education and linguistics as the science.

Professor, President of Tianjin Foreign Studies Universities, Doctor of Philology Chen Fachun was also present at the opening ceremony. He awarded a certificate of Honorary Professor of Tianjin Foreign Studies University to Professor of the Department of Linguistics and Translation Olga Turbina. She was granted this title for a great contribution to the enhancement of cooperation between TFSU and SUSU.

In his welcoming speech, the Chairman of the Programme Committee, a famous Russian linguist Prof. V.I. Karasik specified the aims of the conference as an important factor in the development of cultural linguistics and linguistics as a whole. In his plenary report, V.I. Karasik considered the main areas for development of axiological linguistics. The report kindled the interest of the audience, since axiological linguistics gives an explanation and insight into the behavioural norms that exist in one or another culture, which is relevant in the context of globalisation and extension of international ties.

The reports of SUSU scientists, presented at the plenary sessions, focused on different issues of cultural linguistics. Tamara Khomutova delivered a report on Verbalisation of Cultural Values in the English Scientific Discourse, in which she analysed the correlation of language and culture, universal and culture-specific components, the verbalisation means of cultural values in the scientific discourse. In the report entitled “Yellow in the Russian and Chinese Linguocultures”, Olga Turbina emphasised the cultural specifics of colour designation in different languages. The report of Elena Doronina on Consideration of Linguocultural Values when Developing Reading Skills in Classes of Russian as a Foreign Language concentrated on linguo-didactic aspects of teaching foreign students Russian, which is quite topical at the current stage of development of science and education. All presented reports due to the significance of raised issues and the sophisticated analysis provoked a great interest and heated discussion.

The conference in TFSU has marked a new stage in the development of research ties between different linguistic schools, enhanced the creative thinking of lecturers and students, and become a real forum for sharing best practices, research results and involving students and young teachers in the research activity. The agreement on further collaboration of TFSU and SUSU (NRU) in the field of linguistics and linguistic education was reached with the Director of the Institute of European Languages and Cultures, Professor Li Yining. The universities agreed to conduct an international online student conference and carry out joint student projects. In addition, the topic and a rationale of the joint research project were discussed and approved. 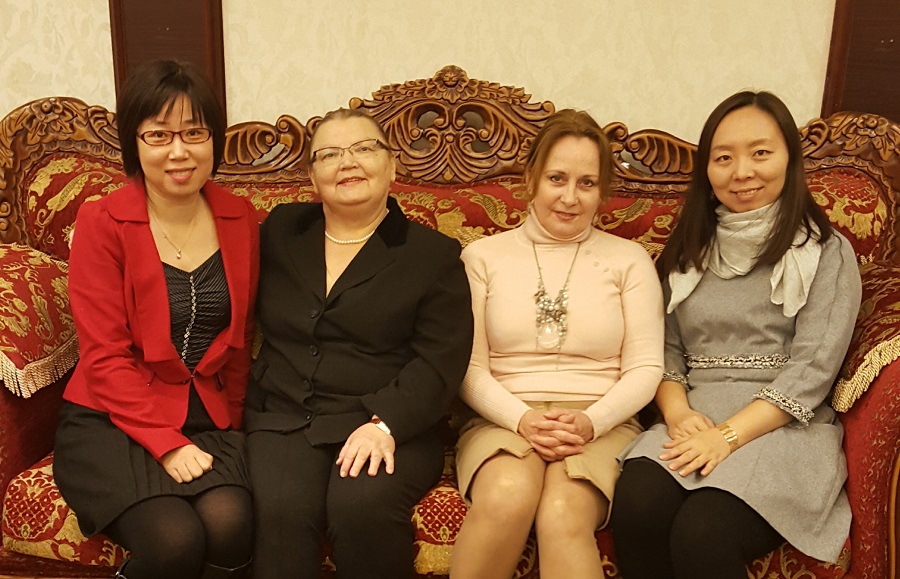