SUSU will Select the Best 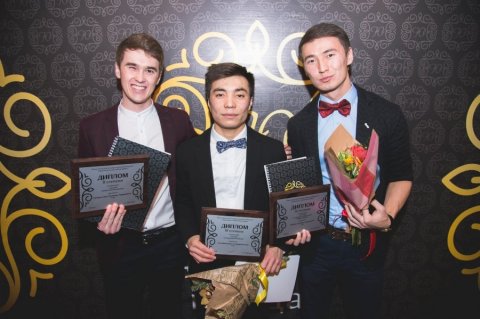 “SUSU in Persons” is an annual competition of South Ural State University.

The contest has been held since 2006. It’s aimed to stimulate creative work, promote groundbreaking ideas, best practices, and recognise achievements in the scientific, creative and social work of the University.

“SUSU in Persons” is held in two rounds: distance and on-site. In the distance round, participants should submit their CV and portfolios in the creative form. After reviewing the applications, the expert board will select the strongest contestants, who will take part in the on-site round. The main point of the second round is that each nomination has individual tasks that are developed to identify the best participants.

This year, there are 12 nominations:

The winner will be identified by the expert board, which consists of main staff members in accordance with the areas of presented nominations.

At the end of two rounds, the expert board gives scores, which determine the first three places in each nomination.

The competition is supported by such university structural divisions, as Extracurricular Activities Department, United Student Council, and Mass-Cultural Commission. The event is organised by SUSU students.

Every year, “SUSU in Persons” is attracting more and more attention. Students want to develop and grow, create and organise new projects and events.

The deadline for applications is 28 November.

More details can be found in social media: official community in VK.