The Third Day of the International Forum in the Field of Industry 4.0 Came to End at SUSU The third day of the 2018 Global Smart Industry scientific forum began with the ceremony of opening of Samsung IoT Academy Laboratory on the base of School of Electrical Engineering and Computer Science of SUSU.

Deputy Minister of Information Technologies and Communications of the Chelyabinsk Region Vasily Kokoryukin, Rector of SUSU Aleksandr Shestakov and the leading specialist of Samsung Company Tatyana Volkova, who presented the high-technology possibilities of the laboratory to the students and the guests and told about the peculiarities of the educational course, took part in the opening ceremony.

Aleksandr Shestakov noted the importance of the laboratory modern technologies use for the realization of project-oriented educational platform at the university:

“SUSU is moving towards the digital industry and the Internet of Things. Today, in the frames of the international conference, it is the second important object, which we opened. Samsung Laboratory and its programme products will be used in the project study and significantly enhance the quality of the preparation of our students as the specialists.” The representative of the regional administration Vasily Kokoryukin underlined the significance of the event for the improvement of the city infrastructure:

“Today we consider the implementation of such modern concepts as Smart City and Smart House where the service technologies are not possible without the Internet of Things. While solving such tasks, it is important to integrate the worthy scientific society, which is presented at SUSU, the business representatives and the coordination element as well as students, who being moved by the progressive ideas can create and fulfill the scientific discoveries for the sake of society.”

After the opening of the laboratory Tatyana Volkova, the leading specialist of the educational projects of Samsung Research Centre and author of the educational course of Samsung IoT Academy, reported on the subject of “Preparation of IoT-specialists in the Context of the Engineering Education: Peculiarities and Problems”.

“Nowadays, there is a big problem in modern engineering education, and it lays in the fact that engineers and programmers get their training separately. With the use of our possibilities, we aspire to teach students new technologies which are on the intersection of engineering and programming disciplines. If previously the sphere of Internet of Things was too expensive and unaffordable, today the situation is changing: the cost of communication is becoming cheaper, and the price of technology, sensor devices, and computational capacity is reducing as well. We would like our students to be on the frontier of science and aware of these changes; we want them to know the essence of digital industry, and not just study this theoretically but review certain cases which are already being implemented in Russia and abroad.” On the third day of the International Conference’s operation, in the course of a plenary session, speakers thoroughly traversed various aspects of Industry 4.0: data security in the age of digitalisation; specificities and challenges of Education 3.0; correctness of changes for IoT sphere; threats for small and medium business in industrial Internet of Things, etc.

“University of the future is connected with technology and Industry 4.0. I think that such university must have technology support based on advanced Internet technologies, such as cloud computations or high-performance computer technologies. From engineering point of view, the university should be completely equipped with new-generation computational facilities. This is important for training of students majoring in both engineering and humanities as well. And this complies with requirements of the Industry 4.0,” noted Goran Putnik, who delivered a speech at the session with a report entitled “Education 3.0 and social networks-based education for efficient training and integration with the industry,” the University of Minho (Portugal).

Another important aspect, according to Professor Putnik’s opinion, is connected with relationships between students and teaching staff. If in a traditional university the prevailing position was held by professor, new technology can change that: the process of education should be a joint creative process, combining study materials, knowledge and cooperation of teaching staff and students as equal partners.

Andrei Tchernykh from Ensenada Centre for Scientific Research and Higher Education (CICESE), Mexico, shared the rules of preserving information security in the age of digitalization with his colleagues. One of the recent scientific works of the researcher was dedicated to the issue of counteracting against the conspiracy of those having legal access to information.

“Information security is such a complicated issue, and to ensure protection here is quite problematic. You can hack bank accounts, read private correspondence, etc., without even leaving your office, that is why a security ecosystem is a system that guarantees security at all levels, starting from the source of generation of this information and all through to the point when the document is being read or processed.” 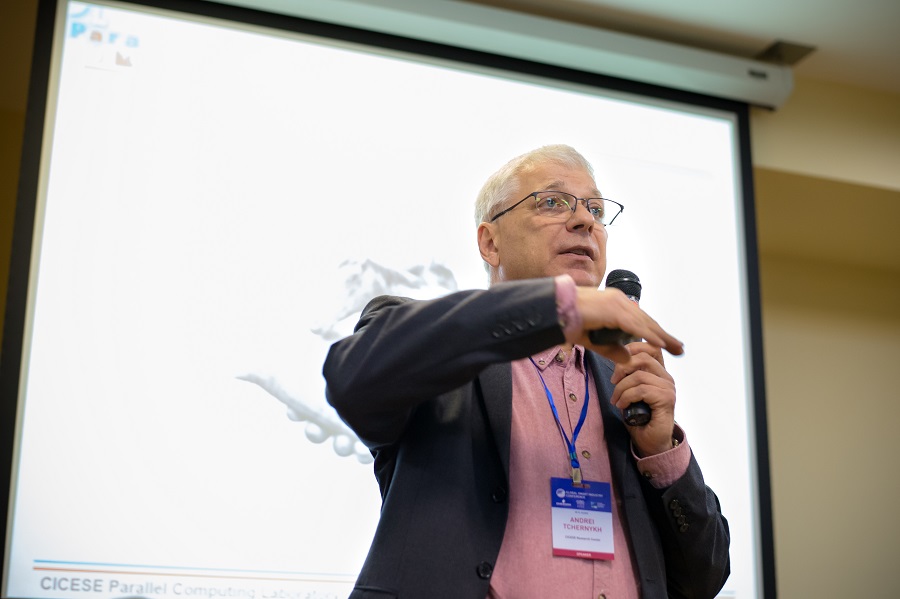 Professor of the University of Oxford (Great Britain) Manus Henry delivered a presentation on checking the correctness of measurements for the Industry of Things, and stressed the efficiency of collaborating with the SUSU scientists in this field:

“My research deals with developing new techniques of signal processing, which combine powerful computing capabilities and simplicity of engineering, what is required for the future products and services under Industry 4.0. Jointly with our SUSU colleagues we are working on monitoring of the condition and checking the accuracy of those techniques.” 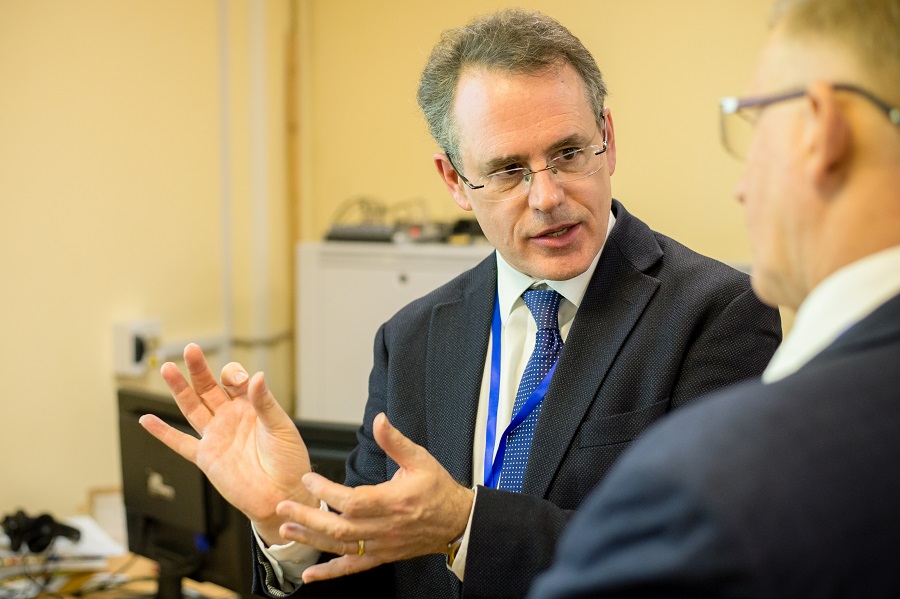 Today digitalization penetrates into every aspect of life and plays a huge role in development of the world’s industry. However, for small and medium-sized businesses the Industrial Internet of Things may bring along certain threats, believes Alessandro Beghi, Professor of University of Padova (Italy):

“I think that such problems include the issues of ensuring information security, rigidity of corporate values, as well as the absence of generally accepted standards in the field of IoT. The financial expenses are also a significant factor since the implementation of such technologies requires considerable investments. Such investments are seen as excessive by many companies, and the future profits might be difficult to predict. That is why small businesses often doubt whether the Industrial Internet of Things is reasonable or not.” 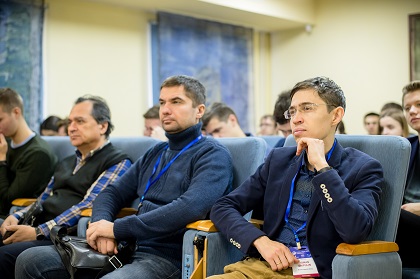 The day, during which many interesting presentations were delivered, closed with the discussions of the latter at topical sections and round tables.