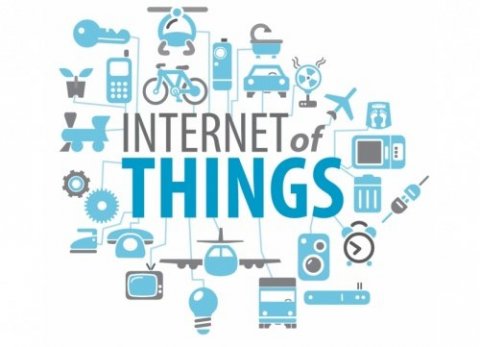 On November 15, 2018, South Ural State University will hold an opening of Samsung IoT Academy on the base of School of Electrical Engineering and Computer Science. The opening of the laboratory is the result of the work on the mutual agreement between SUSU and Samsung company, which was signed in June of the current year.

“The Internet of Things technologies are able to make a revolution in different economy branches, significantly enhancing labour effectiveness. Creating the centres of competences on the technologies of IoT at the leading universities of the country, we contribute to the process of transition to the digital economy, as well as prepare the professionals for work in new conditions. We are glad that South Ural State University conquered in the competition for the opening of Samsung IoT Academy Laboratory, having become one of 10 Russian universities, where the practice-oriented educational programme on the Internet of Things starts up. Taking into account that the students of different faculties and schools of SUSU will study at Samsung IoT Academy, I am sure it will be interesting to have a look at different projects of the students who got their basic preparation in different fields of study at the university,” notes Sergey Pevnev, Director on Corporate Projects and Cooperation with Legal Authorities of Samsung Electronics.

Samsung IoT Academy Laboratory is equipped with an extensive set of equipment to implement the students’ projects in the field of the Internet of Things, including the sets for quick prototyping, Samsung ARTIK microcomputers, and other high-technology devices.

“Samsung IoT Academy Laboratory is not just a class. We designed this classroom as the base for students’ team project work. In the frames of School of Electrical Engineering and Computer Science, we constantly organize student hackathons, when the teams have to perform their projects on a certain theme prepared for a limited period of time. This laboratory is designed with an account of these requirements and can easily transform from the lecture room arrangement into the seminar room arrangement suitable for work in small and medium teams,” notes Gleb Radchenko, Director of School of Electrical Engineering and Computer Science of SUSU.

In the frames of this laboratory, the project-oriented educational programme of SUSU students in the discipline of “the Internet of Things” is organized. The educational programme of the course is developed by the experts of the Moscow Research Centre of Samsung and based on the study of real cases of implementing the Internet of Things and practical work on the creation of prototypes of IoT devices. The course is held by the teachers of SUSU who have taken the advance-training programme this summer at Samsung site. Currently, more than 100 SUSU students enrolled in this course.

“Samsung company is one of the world leaders in the field of digital industry. The course implemented within the frames of Samsung IoT Academy is a perspective direction for SUSU and is one of the examples of project education implementation, which was launched in September. I hope that the connection of the university with the Internet of Things will be useful from the point of development of these ideas in Russia,” notes Rector of SUSU Aleksandr Shestakov.

After the opening of the laboratory, Tatyana Volkova, the leading specialist of the educational projects of Samsung Research Centre, author of the educational course of Samsung IoT Academy, will report at the International Scientific Conference “Digital Industry: Condition and Perspectives 2018” on the topic of  “Preparation of IoT-specialists in the context of the engineering education: peculiarities and the problems”.  The plenary section of the conference will take place in SIGMA Conference Hall on November 15, from 10:00 till 13:25. The programme can be found on the page of the conference.

South Ural State University (National Research University) is the centre of academics, science, culture, and sports in the South Ural region. SUSU comprises 9 institutes, 3 schools, a Faculty of Military Education, and a Faculty of Pre-University Education. Over 40 thousand students study at the university and its branches. More than 5,000 teachers and staff, including more than 360 professors and Doctors of Sciences, and 1,600 Candidates of Sciences and associate professors contribute to the academic process. Bachelor’s and Master’s students and specialists are trained in more than 200 fields and specialties. In October 2015, as a result of a competitive selection process, SUSU joined the group of the leading Russian universities chosen to participate in Project 5-100. The goal of Project 5-100 is to maximise the competitive positions of the chosen universities in the global market of academic services and research programs. For more information about SUSU please visit its website: www.susu.ru.

Samsung Electronics Co., Ltd. Is one of the biggest manufacturers of televisions, smartphones, wearable devices, tablets, cameras, household appliances, medical devices, network systems, semiconductors, and light-emitting-diode solutions. The company offices are located in 79 countries of the world. Since 1991, the company has been operating in the Russian market. The main office of Samsung Electronics in CIS countries is located in Moscow.  Moreover, Samsung Research Centre also operates in Moscow. The factory of the company, producing consumer devices, is successfully operating in the territory of the Kaluga Region. In May 2018, the company established the Centre of Artificial Intellect in Russia, which enlarged the portfolio of Samsung Research Division and became the fifth Samsung scientific research institution in the world. The company actively develops cultural, social, and educational initiatives in Russia.

To get acquainted with the latest news of the company, please, visit Samsung Newsroom.