The 11th International Conference of Eurasian Transport Universities and the 2nd China-Russia Forum of the Future Technological Innovations and Enterprises were held in Zhengzhou (China) on October 26th-28th.

Aleksandr Rulevskiy, Head of the Department of Automobiles and Automotive Servicing, took part in these conferences in China as a representative of South Ural State University.

“There are many unusual things in China: the Great Wall of China amazes with its magnificent size, the Shaolin Monastery and martial arts demonstrations by its novices and monks left an unforgettable impression. But I was not by them that I was surprised, but by high-speed trains. Namely the prospects of the Chinese railway miracle, the high-speed railways, were the main focus of the forums in Zhengzhou,” says Aleksandr Rulevskiy.

The prospects for developing Chinese High-speed Rail (HSR) were the main subject of a speech delivered at the forum by General Engineer of the Chinese Railway Administration, Yan Hexiang.

The plan for developing high-speed railways in China that was presented by the General Engineer shows that in just five years, the country’s whole Eastern region will be covered by a network of short-distance, high-speed lines, laid just as densely as in the typical railway network in any other country.

“The things they showed us in the Zhengzhou Railway Vocational and Technical College are very similar to the system of education we use for our applied Bachelor’s students, at least in terms of how much importance is placed upon the practically-oriented part of their education. In the implementation of this system, the priority is given to the development of students’ professional skills, which they practice until it becomes second nature. Considering that young boys and girls studying here will have to deal with high-speed trains, any mistake can have disastrous consequences; it is very important that these skills become second nature,” says Aleksandr Rulevskiy.

Rector of Beijing Union University Li Xuewei dedicated his presentation at the forum to conceptual approaches to ensuring safety. He examined the impact of several key factors on safety levels, paying special attention to the issue of online monitoring of the “stereotyping of human behaviour”.

“Upon entering a railway station, everyone gets in view of video cameras which will keep track of them, automatically “passing” people to one another while they are in the controlled territory. The computer, upon receiving the image, analyses it using “behaviour stereotype” programs. What is this? If someone does something unusual, runs, staggers, etc., then the picture from the camera will automatically be shown in a free section of the display of the operator controlling the corresponding zone. The person who ended up in the “risk zone” due to his/her non-standard behaviour will be circled in red. Several cameras will begin to track such people. By the way, you can be detected when not committing any specific unusual acts as well – by a collection of behaviours, so to speak, that is, by performing a certain number of almost imperceptible but detectable non-traditional behaviours or movements.

Everyone who is “marked” by the computer falls under double surveillance from the operator and the computer. If someone among them continues to behave in a way that does not match the stereotypes, then a large image of the person or vehicle will be displayed on the central part of the panel, and experts will begin to analyse the behaviour of the “object”. If they believe that the situation requires intervention, then the appropriate signal will be sent to the nearest police station,” says Aleksandr Rulevskiy.

According to the Department Head, the business trip to China passed by quickly and left many bright impressions. This is a great, unique, and exceptional country. 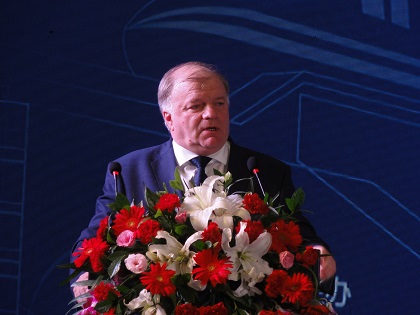 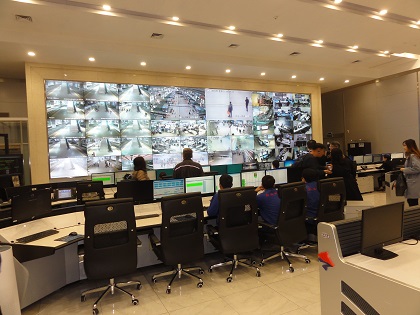 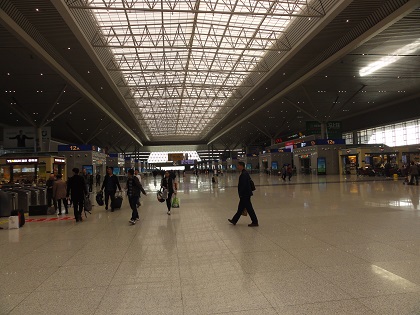