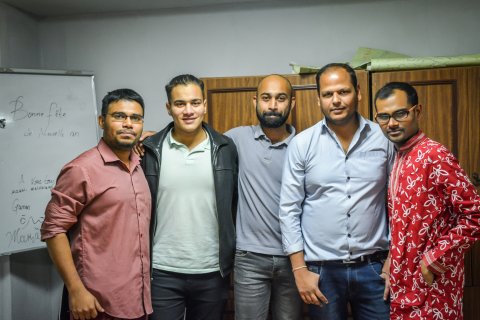 Diwali is the main India’s and Hindu holiday. Diwali Festival is the most significant holiday in Hinduism, as well as in Sikhism and Jainism, close to it by their spiritual content. Diwali is celebrated as a Festival of Lights and symbolises victory of the good over the evil. As a mark of this victory, candles and lanterns get light up everywhere.

“During the Festival, Indians light on candles. They explain this with a saying that when you are in the darkness, you do not enrich yourself with knowledge, but when the light comes up, everything becomes clear,” says President of the SUSU Association of International Students, Uvindu Wijeweera.

Main decorations of the Festival are lit lanterns, lights, fireworks and candles, which decorate statues of animals and gods.

“There are many Gods in India; among them, there is Lakshmi, the Goddess of wealth and prosperity, and Kali, the Goddess of power. On this day, people in India pray to get wealth and power. In the morning, people of India go to the temple, and in the evening they gather together with relatives and cook national dishes. After celebratory dinner, everybody plays entertaining games, sing songs and play musical instruments,” says Uvindu.

On November 7, this holiday was celebrated at SUSU for the first time. President of the SUSU Association of International Students, Uvindu Wijeweera, told us about celebration of this Festival at the university.

“At SUSU, we celebrated this holiday with 15 students of the 1st year of study who came from Asian countries. They came to Chelyabinsk from India, Sri Lanka, Pakistan, Bangladesh and Nepal. We also invited our friends, representatives of various countries: Kazakhstan, Kyrgyzstan, Mongolia, Tajikistan, China and Arab countries. Together with Asian students, we cooked spicy Indian food for our guests. We told our guests about how this holiday is celebrated in our country, and then organised small musical performance where we played the guitar and drums and sang Russian national songs.”

Diwali is one of the main Festivals, which unites Indian Diasporas of different countries of the world. During Diwali, it is traditional to ask parents for blessing; it is also popular to set off fireworks and petards in the evening.

According to a student from Sri Lanka, this celebration is considered a non-working day, and sometimes people can celebrate it two days in a row. 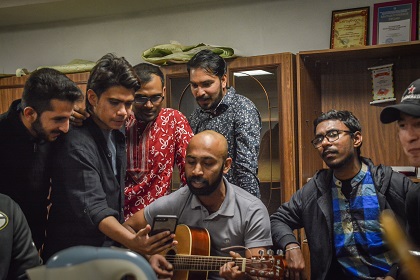 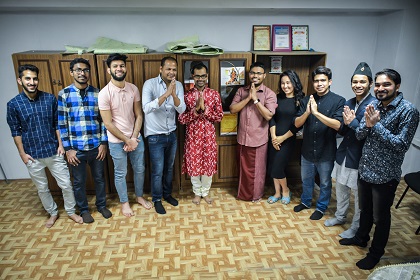