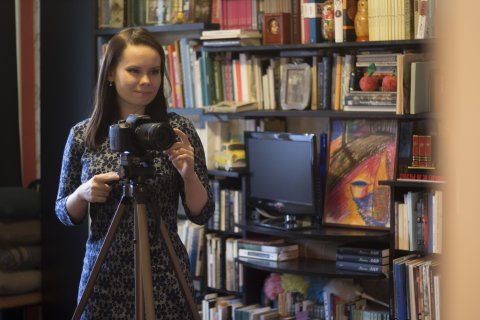 Participants of the project of the Virtual Museum of South Ural’s Writers – master’s degree students of the Department of Russian Language and Literature – are working on the first key stages of the work, which is panoramic shooting of the object, the museum/apartment of a famous poet from Chelyabinsk, Yanis Grants.

Yanis Grants is one of outstanding figures of the modern Chelyabinsk’s poetry. Being a laureate of the first Viktor Toloknov Festival of Literature of Small Cities (2006) and such regional poetry festivals as “Novyi Tranzit” (New Transit) (2006), “Glubina” (Depth) (2007), “Chelovechesky Golos” (Human Voice) (2007), as well as holder of the prize of the city of Chelyabinsk in the sphere of culture and arts called “Golden Lyra” in 2013 and the A.M. Klein Prize for Poetry for contribution for development of South Ural’s literature for children and youth (October of 2015), the poet represents the image of literature process of our region. Yanis Grants not only writes about things concerning him personally, he also helps contemporary writers to make a name. More than once he acted as an editor of collections of works by multiple authors, one of which, entitled “Na Dostatochnykh Osnovaniyakh” (On Sufficient Basis) includes poems of young authors from Chelyabinsk.

The work within the project is truly fascinating. Olga Mayakova shared her emotions after shooting photos in the poet’s apartment:

“At first thought, the sound of camera shutter, discussion of frame staging and playing with the light could make one think that there is a movie being shot in the master’s apartment. But it was only at the first thought. Because if one would listen more attentively, all talks were regarding poetry and the literature community of the South Ural. We started working on a multimedia project which is unique for our region. For those who got used to working with words, this is an excellent opportunity to learn something new. First, one can try oneself in a new sphere such as photo and video shooting. Second, we can communicate with the real classicist and observe the way he lives and how the environment impacts his artworks. I hope that excursion around the virtual museum will be interesting to our readers and spectators as well.”

Co-leader of the project, lecturer of the Department of Russian Language and Literature, Evgeniy Smyshlyaev, who completed postgraduate studies at the Department of Russian Language and Literature and defended a dissertation on modern poetry of Chelyabinsk, noted that literature potential of the region is huge. Presently, the poetry experiences the peak of its development. The proof to this are literature events of various levels and formats: starting with festivals such as InVersion, and finishing with regular poetry meetings. Artistic variety of the region requires be systematised, classified and described, as well as being presented not only to professional community but to the vast audience as well, in the most relevant and adequate form. And Internet is one of the efficient communication means, which allows to popularize this distinctive and interesting phenomenon. 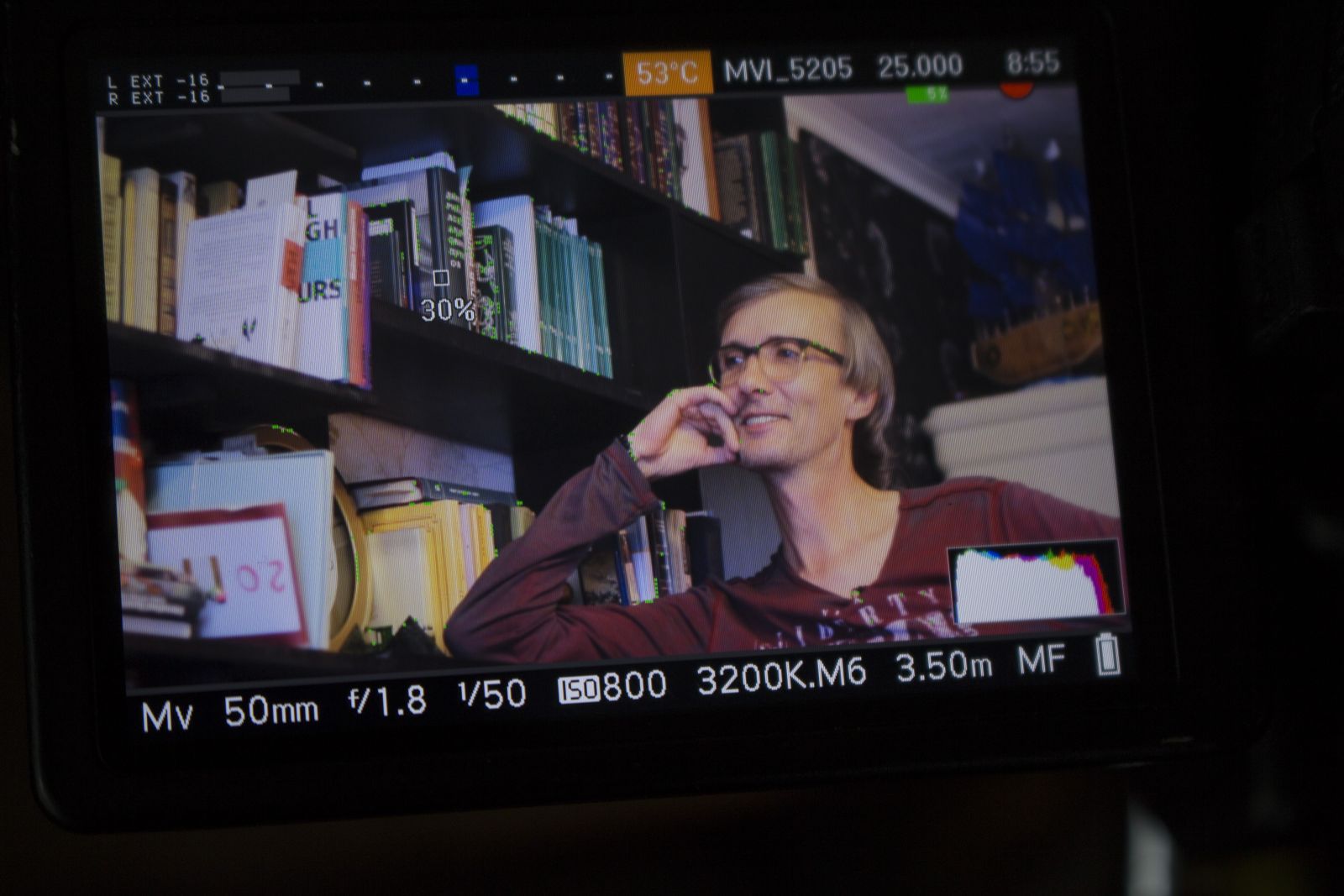 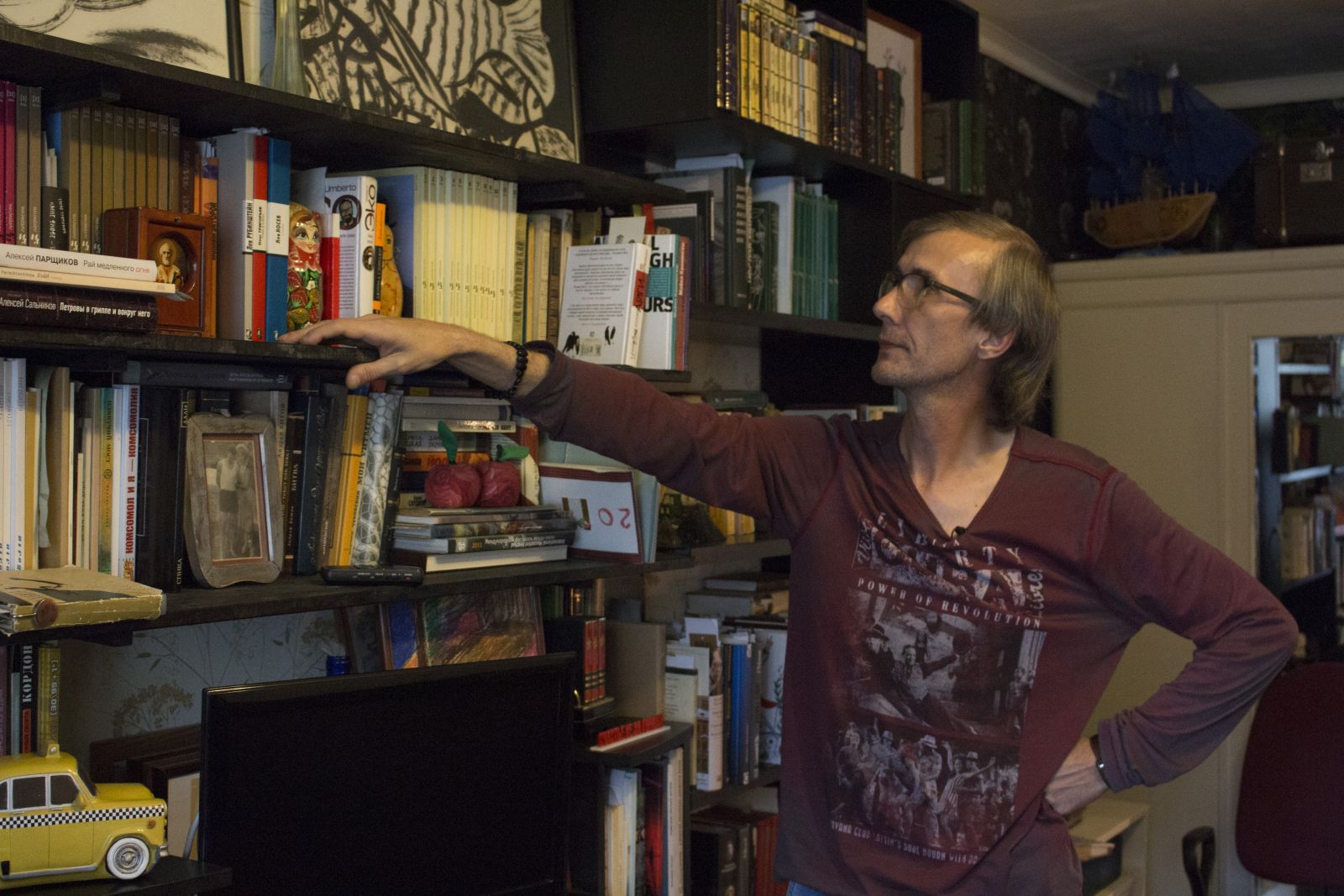 “It has long since been known that one can wander around galleries of the Russian Museum or the rooms of the Yasnaya Polyana Estateand Museum, but no one has ever wandered around an apartment of a living poet. First, this will satisfy someone’s curiosity. Second, this museum will be able to visually demonstrate the bond between everyday life and composing texts. It will be interesting for me as well to peek inside my own apartment twenty years from now and look at the fifty-years-old myself,” this is the attitude of Yanis Grants to creation of the virtual museum.

Virtual Museum of South Ural’s Writers is a project that is unique for the region and the university. Within two years, master’s degree students step by step will be working on its creation. Each subsequent group of students will be continuing the project and create new museums/apartments of writers from the South Ural. The next writer who is going to open the doors of his professional working studio is going to be a famous writer from Chelyabinsk, Nikolay Godina.