Results of My SUSU Contest of Essays and Videos Announced 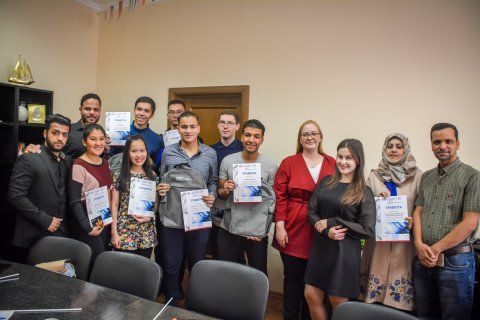 October 1st through 30th the International Office was holding a contest on the occasion of the 75th Anniversary of our university. More than 20 contest works in different formats, essays or videos, were received by the organisers. The task set before the participants had included sharing their stories that had happened to them during their living in Russia and studying at the university.

In their essays the competing international students noted that SUSU is one of the strongest universities of Russia which opens big opportunities in all spheres of life: studies, science, creative work, and sports.

“This is large and prestigious university in Russia in the field of engineering, we have read enough about it!” writes Zainab, a student from Iraq.

By the way, Zainab became the winner of the essays contest. Her story turned out to be among the most captivating ones. Zainab’s husband is a student, who had enrolled in the university under the recommendation by the Russian Federation Ministry of Education, and she decided to follow her husband up to Russia to study here. And this story has a happy ending!

“My husband called me that morning to surprise me: ‘Zainab, we will study together, come on, unexpectedly, and because of the large number of students, the SUSU administration decided to open the door again to accept students in the language course!’” the girl recalls.

Other contestants speaking about the university could not but mention their teachers and staff of SUSU.

“I started on my path with studying the Russian language, and I’m very grateful to my teachers. After that I enrolled into the Institute of Architecture and Construction, and once I completed my Bachelor’s studies, I entered into the Master’s programme. It’s a great honour for me to be a graduate of this university,” writes Latresh Shauki, a student from Algeria.

“I especially like our Dean’s Office staff. Anything I might need, and even more than that, they will get me, and will always provide explanations and help,” shares her impressions a student from Turkmenistan Elvira Keldibekova.

Each international student also recognises the opportunities for diverse self-development.

And a student from China, Huang Rong, took part in a recently formed international students’ choir:

“I came here two months ago. I don’t speak Russian very well, but I’m trying really hard to study. There are many interesting events and associations here (for example, the Association of International Students), and I’m a member of a choir!”

Another winner, a student from Tajikistan Umar Badalov, shares his unique story:

“A festival for the freshmen students’ creativity was held at the university. I performed at that contest playing a national musical instrument called karnay. At the preliminary round I was invited to join the SUSU Jazz Band headed by Georgy Anokhin. At the contest I performed twice: as a representative of the Student Council of the School of Electrical Engineering and Computer Science, and as the member of the Band. Imagine my surprise when we took the first prizes in both categories. I’m very happy about such success during my first months of studying at SUSU!”

The best contest video was presented by students from Egypt Mohamed Elkalashani and Ahmed Elbanna. The guys shared about their life at the university and tried to make their video understandable for everyone by adding subtitles in English.

As a result of the contest 5 winners were announced, who were presented promotional gifts with the SUSU logo by the Head of the International Office Lyudmila Lapina. All the participants also received souvenirs. 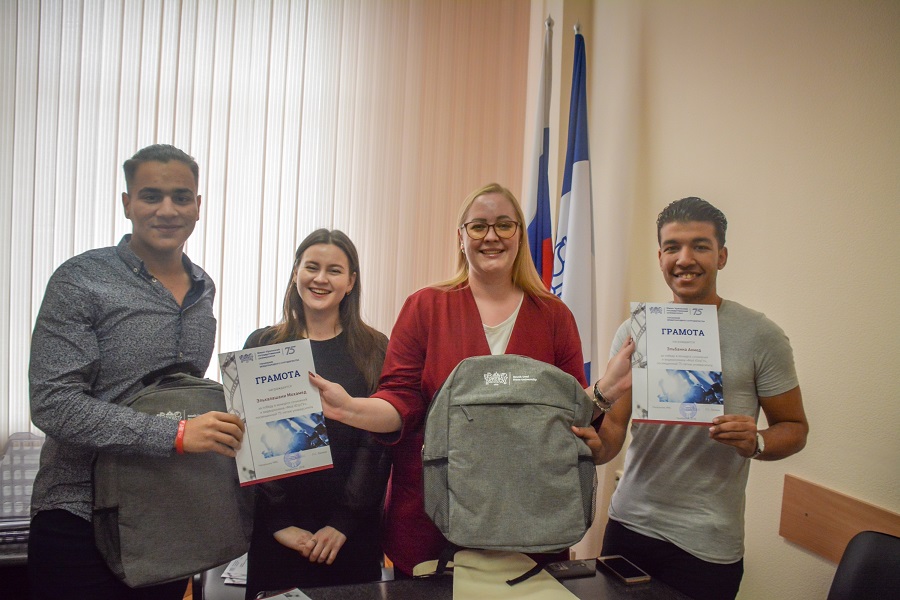 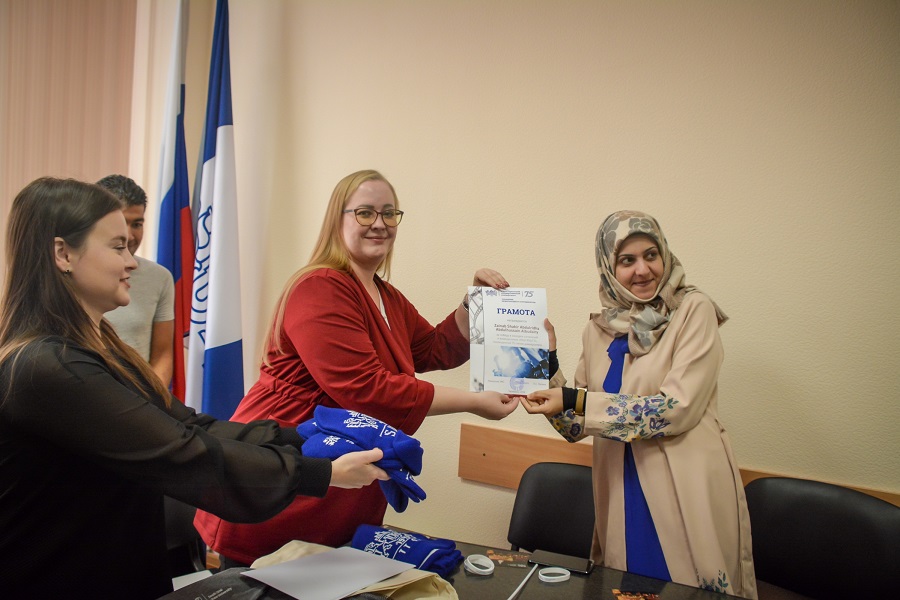