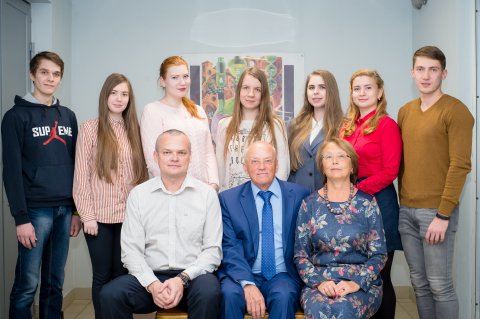 The SUSU Scientific School of Chemistry of Organic Compounds of Highly-coordinated Antimony and Bismuth has been functioning for less than ten years, but has already achieved significant results.

The foundations of the South Ural school of organoelemental chemistry researchers, widely known in Russia and abroad thanks to its many achievements in fundamental and applied science, were laid in 2011, when doctors of sciences (chemistry) Vladimir Sharutin and Olga Sharutina, who had moved in from Blagoveschensk, started working at the SUSU Faculty of Chemistry. Since that moment intensive scientific work began at the Faculty of Chemistry in the field of organoelemental compounds with involving of students, Master’s students, postgraduates and doctoral students. Among the latter ones we should specifically mention Vladislav Senchurin, who defended his doctoral thesis on the Synthesis and Structure of Aryl Compounds and Ionic Complexes of Phosphorus, Antimony, and Bismuth in May. The discovery of reactions of oxidation and phenylation of alcohols and phenols by phenylic derivatives of antimony and bismuth made by Vladimir Sharutin together with his students gave start to using the mentioned derivatives for fine organic synthesis. New reactions were discovered: disproportionation of ligands in compounds of quinquevalent phosphorus, arsenic, antimony and bismuth; fixation of small molecules with pentaphenyl compounds of phosphorus, antimony and bismuth; new types of antimony and bismuth compounds, containing antimony- and bismuth-substituted anions of unusual structure; as well as studies were carried out on the peculiarities of synthesis and structure of many compounds of phosphorus, antimony, bismuth, cadmium, mercury, silver, gold, cobalt, palladium, platinum, iridium, osmium, ruthenium, and rhodium. 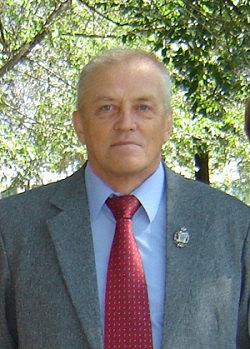 The head of the SUSU scientific school of organoelemental chemistry researchers Vladimir Sharutin was born in Gorky (currently Nizhny Novgorod). Having graduated from Gorky State University in 1974, he became an intern researcher, and later a junior research fellow at the Institute of Chemistry of the USSR Academy of Sciences. In 1978 he enrolled into part-time postgraduate studies programme of Gorky State University, and in 1982 he defended his candidate thesis on Ferrocenyl and Cimantrenyl Compounds of Metals of IV-V groups. During the period from 1989 through 1994 he worked as a senior teacher and then was promoted to Assistant Professor at the Chemistry Department of Amur State University. In 1995 he defended his doctoral dissertation on Pentaphenyl Compounds of Phosphorus, Antimony, Bismuth and Their Derivatives, and Their Application in Organic Synthesis. From 1996 through 2002 he worked as a Professor, and from 2003 – as the Head of the Chemistry Department at Blagoveshchensk State Pedagogical University.

Today at SUSU such scientific divisions as the laboratories of chemistry of organoelemental compounds and X-ray structure analysis are efficiently working under the supervision of Doctor of Sciences (Chemistry), Professor, Professor being laureate of Soros Foundation award, Honoured Worker of Science, and Honorary Worker of Higher Professional Education of the Russian Federation Vladimir Sharutin. 328 articles by Professor Sharutin were included into Scopus database, and 554 articles – into Web of Science database. The total number of citations, respectively, is 863 and 1578, and Hirsch indexes are 12 and 15. Vladimir Sharutin prepared four doctors and seventeen candidates of sciences (chemistry).

Over the period of working at SUSU the school’s scientists have published several monographies. These include: Nominal Reactions in Chemistry of Organoelement Compounds, and Molecular Structure of Antimony Organic Compounds (V) written by Professor Sharutin with co-authors V.S. Senchurin and O.K. Sharutina respectively. The second book is intended for specialists in organic, organoelemental, and coordination chemistry, teachers, postgraduates, and students of chemical specialisations. It provides the classification of molecular structures of antimony organic compounds (V), reveals and analyses, in particular, the specifics of the structures of molecules of R5Sb, R4SbX, R3SbX2, R4SbL, (R3SbX)2O types; the changes of the geometry parameters of molecules in the series of one-type compounds are explained electron displacements, steric factors, intra- and intermolecular interactions.

The prospects of the school development comprise increasing the number of publications in such top rated scientific journals as Uspekhi khimii (Successes in Chemistry), Journal of Organometallic Chemistry, Journal of Fluorine Chemistry, as well as defending candidate and doctoral theses. 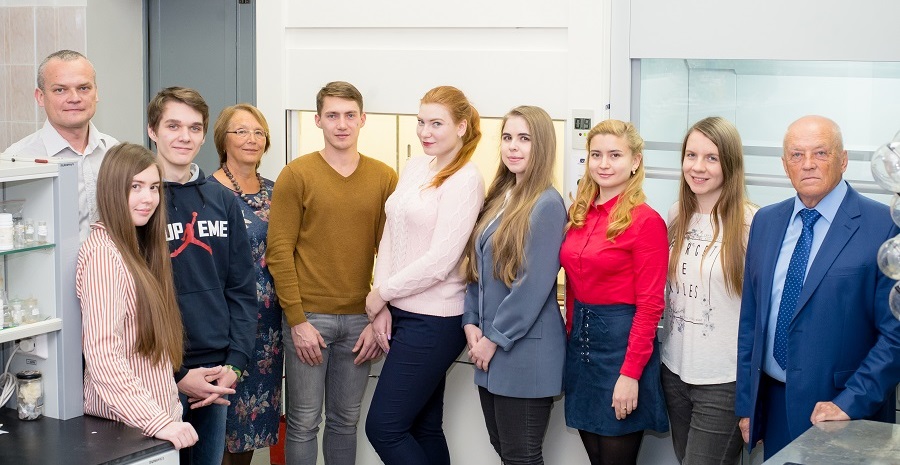