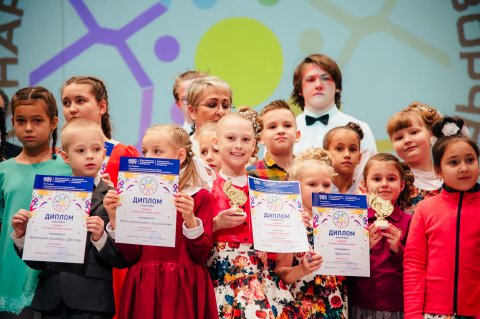 For the 10th time, South Ural State University is holding Vmeste (Together) International Festival of Creativity, in which hundreds of talented people of various ages participate.

The festival is centred around patriotic education for teenagers and the transfer of knowledge from older mentors. Each year, three to five thousand people take part in the festival.

Deputy Vice-Rector for Academic Affairs Yulia Bolotina shares on what the festival was like this year.

“This is the tenth festival – an anniversary one. For the first seven years, the festival was called “The Future of Russia”, but when more and more foreigners began to take part in the festival, we changed the logo and name. Now, it is Vmeste International Festival of Creativity.”

This year, there were very beautiful and interesting compositions in the “Art Fun” category. 36 groups from Chelyabinsk performed on stage.

Both children aged from 5 and adults aged to 45 took part in the contest round of the festival. During two days, the competitors were impressing the members of the jury with bright performances and unusual costumes. Parents, teachers, and heads of creative groups presented their creative works. The contest round of the festival was held in five categories: Patriotic Song, Choreography, Art of Declamation, Art Fun, and Folk Instrument Performers.

The winners of the Patriotic Song category were: pop group The Hearts of Four, the ensemble Two Cats, vocal ensemble Childhood, vocal studio Major, and the group Post Scriptum. 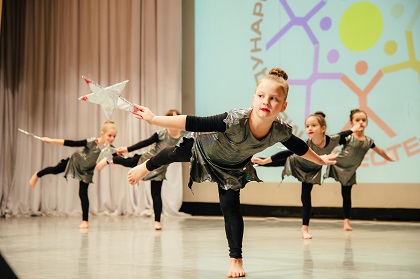 The head of the Chelyabinsk pop studio DeJaVu Olga Pushkina speaks about the studio, which was represented by the ensemble Two Cats and the group Post Scriptum, who became the winners in the contest.

“We’ve been taking part in this contest for a long time. The teachers in our group are graduates of our studio who also participated in this festival of creativity when they were children. We focus on the idea that children should be patriots of their homeland and their region. So, we immediately decided to participate in this festival in the Patriotic Song category. I believe that participating in such a big festival is important both for experience and for maintaining your own professional mastery and, at the same time, it’s important for children to form the right social spirit.”

The head of the exemplary modern dance ensemble Russkiy Variant from Kopeysk Yana Pokhikalo shares on participating in Vmeste International Festival of Creativity.

“We try to participate in all contests, and we of course could not miss this one – especially since we have not yet performed on the SUSU stage. The number we have for this contest looked good in contests in which we participated before, which is why we chose to show it to the audience. In our category, Choreography, there were many worthy groups, but of course we are pleased that the members of the jury chose us.”

In the Art Fun category, participants showed photos for the photography contest and various crafts – models of airplanes, cars, weapons, and embroidery and toys.

The head of the project Lyubov Safonova from Chelyabinsk School No.28 speaks about the compositions which she and her students created especially for Vmeste International Festival of Creativity contest.

“My students and I decided to participate in Vmeste International Festival of Creativity and prepared a composition which we have named Ural Autumn. Decorations were made from cotton fabric in autumn colours. We made placemats and a basket with fruits using the patchwork method. We made this composition specially for this festival and showed it for the first time.”

The rounds of the festival will be held throughout the full academic year in several cities of the region, starting with Chelyabinsk. Each year, more than 150 performances grace the stage of South Ural State University’s conference hall. The festival of creativity will wrap up in May 2019 with a bright gala concert.

“The gala concert will be held in the SUSU Activity Hall on the eve of the day the Pioneers movement was created. All of the participants named as winners in the selection contests in Chelyabinsk, Varna, Magnitogorsk, and Zlatoust will participate in the gala concert. SUSU international students who participate in the Day of Eurasian Culture and the Day of Arab Culture will also take part. So in May, everyone will gather here to meet the bright spring with this festive concert!” says Deputy Vice-Rector for Academic Affairs Yulia Bolotina.

Vmeste festival does not only open up opportunities for creative self-fulfilment and unity of representatives of various cultures, but also allows participants to get prizes. 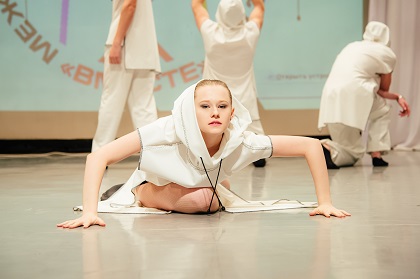