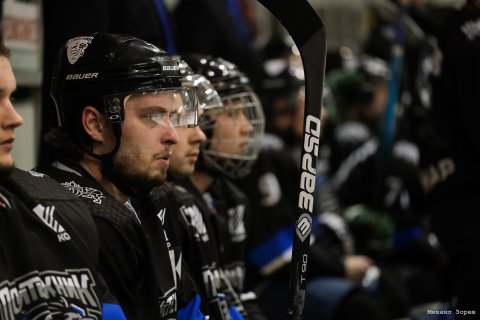 This past weekend, October 27th and 28th, the new season of Student Hockey League 2018-2019 started. SUSU’s hockey team called Polytechnic opened the season with two victories over the Novosibirsk’s Urozhay.

The matches were held in Chelyabinsk in Yunost Sport Palace. From the first minutes, the host team started active game in the rival’s zone, and by the end of the second period, the score was 4:1, and by conclusion of the match, the South Ural’s team increased the number of roll-ins up to 11. The final score was 11:2.

The second match, which was held on Sunday, also resulted in a victory of the SUSU team, though in this match the guests were not as calm and led quite aggressive play. In the result, the match concluded with the score 7:4 in favour of the Polytechnic.

Forward of the Polytechnic, Timofey Ferentsev, shared his emotions after the games:

“This is my first season in the SHL. I like the level of games, and I am happy to play for our team. We gave it our all: won 2 matches, which surely makes us happy.”

The next matches are to be held on October 29 and 30. Polytechnic will play against the Siberian Federal University’s team at the Traktor Ice Arena.