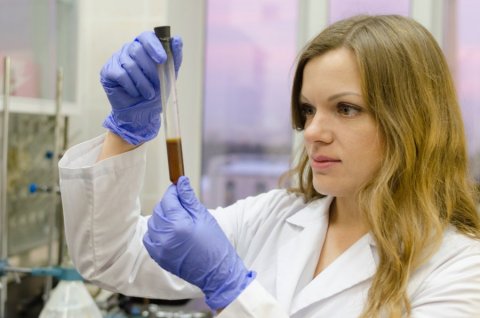 The university arrived at its 75th anniversary with extensive experience and high achievements in science. For example, the scientific school on Organic Chemistry of Condensed Heterocyclic Compounds with a Nitrogen Bridging Atom has been operating successfully for 10 years now.

It was established in 2008 at the Department of Organic Chemistry (what today is the Department of Theoretical and Applied Chemistry of the Institute of Natural Sciences and Mathematics) headed by Doctor of Sciences (Chemistry), Professor Dmitriy Kim, member of the United Academic Council of Chemistry of the Ural Division of RAS, member of the editorial board of the Khimiya (Chemistry) series of SUSU Bulletin, and of the editorial boards of Perm University Bulletin and Privolzhskiy Bulletin of Chemistry and Engineering.

“Ten years ago, when the department opened, I invited Chelyabinsk university graduates to work with me in my field of research: synthesis and study of the properties of heterocyclic systems with nitrogen bridging atoms. After the university restructured, we continued our research within the new department of the Faculty of Chemistry,” says Dmitriy Kim. “We synthesise new heterocyclic systems. Some of them are original – that is, no one has obtained them before. Others have been synthesised before but their substituents differed from ours. This is meticulous work. When we are synthesising, we often obtain a mixture of chemical compounds from which you have to extract what we need and then prove its structure. If we obtain a so-called monocrystal, it is possible here at SUSU to complete an x-ray structural analysis and prove its structure. If we are unable to obtain a substance in the form of a monocrystal, what happens more often, then to prove the structure, we use a full range of physical methods: atomic magnetic resonance, infrared spectroscopy, mass spectroscopy. Our first task is to determine the structure of compounds we obtain. Then we begin to study their characteristics. This is interesting: after all, however we may experiment with new substances, we have to deal with the unknown. When it’s possible, we investigate the biological activity of these compounds, but we are more interested in fundamental chemistry. For example, when benzene was synthesised, few suspected the properties it has, but today, this organic compound is widely used in organic synthesis and industry. We hope that the substances we have obtained will also find practical application.” 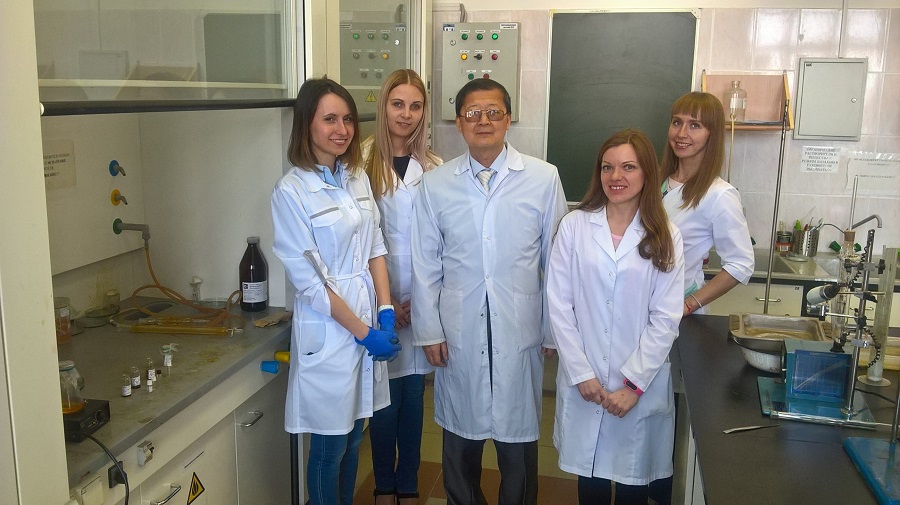 Over the 10 years, the team has published 42 papers in journals indexed in Scopus and Web of Science. In addition, the SUSU Publishing Centre released nine textbooks.

In particular, this year, they published: “Heterocyclisation of Derivatives of 2-(propargylsulfinyl) Thiazol Under the Action of Halogens”, “Synthesis of Condensed Thiazol- and Thiazinpurine Systems Containing a 6-thiopurine Fragment” and “Halocyclisation of 1-allyl-6(7)-methylquinolin-2(1H)-es” in journals indexed in Web of Science.

In terms of inter-university collaboration, the scientific school on Organic Chemistry of Condensed Heterocyclic Compounds with a Nitrogen Bridging Atom has close ties with Ural State University and the Institute of Organic Synthesis of the Ural Division of RAS: together with their colleagues from Yekaterinburg, SUSU researchers have published around twenty papers in journals indexed in Web of Science. A portion of the work was coauthored by RAS academician Valeriy Charushin. At present, a joint research project is being completed with the Institute of Organic Chemistry of RAS (Moscow).

In addition, in 2012, Professor Dmitriy Kim and Associate Professor Elena Iliynykh took part in an international conference on the chemistry of heterocyclic compounds held in the USA. The Department’s researchers also participate in international research forums held in Russia and are considering the prospect of international cooperation: for example, it is possible to synthesise substances at SUSU and conduct applied tests abroad.

Starting from the last year, the team has been fulfilling state government assignment 4.9665.2017/8.9.

Members of the scientific school regularly achieve high results in various competitions. For example, the project "Synthesis and Halocyclisation of Alkenyl Derivatives of 2-Mercaptonicotinic Acid" won a grant at the Beginning of Big Science 2017 competition held under Project 5-100.

"I study condensed heterocyclic compounds with a nitrogen atom bridge which contain a pyridine nucleus in their structure. There is an initial commercially available compound from which, after a few steps, we can obtain the desired product. At each stage we purify the obtained compounds. The final stage is the synthesis of 2,3-dihydrothiazolo[3,2-a]pyridinium and 3,4-dihydro-1H-pyrido[2,1-b][1,3]thiazine systems. It is these derivatives of halocyclisation which have potentially high biological activity. They play an important role in creation of biologically active compounds and drugs. For example, there is a huge number of drugs based on pyridine," – explains the author of the project and the Department engineer Elena Kalita.

Winning this grant is not the young researcher’s first victory: when she was a Master’s student, she was among the winners of the contests Intellectual Breakthrough 2016 and Onward to Discoveries 2017.

The scientific school’s researchers are looking forward to upcoming candidate dissertation defences: in 2019 Elena Kalita is planning on earning her title, and in 2020 postgraduate student Kseniya Petrova and engineer Evgeniya Bakhteeva are planning to obtain theirs.