Graduates of SUSU’s MBA Centre got Awarded with Their Degrees 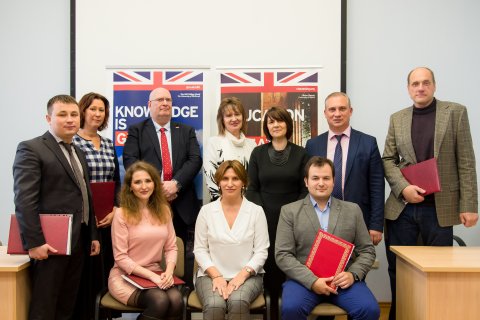 Temporary Head of the British Consulate-General Office in Ekaterinburg John Mitchell became an honorary guest of the degree awarding ceremony.

SUSU has been operating on the basis of School of Business programmes of Great Britain’s Open University since 1992. Within this period, more than 2000 executives and specialists enhanced their qualifications and obtained prestigious international certificates.

Director of the Centre, Irina Dergaleva, told us about the cooperation:

“Our Centre performs training of managerial cadre for Chelyabinsk and the Chelyabinsk region. We have a lot of programmes. Today we awarded Postgraduate Certificate in Business Administration to graduates of the programme entitled “Management in Action” of the Open University of Great Britain. Starting from 2000, we invite representatives of British Consulate-General for the British certificate awarding ceremony. Over these years, more than 30 joint official ceremonies have been held.” 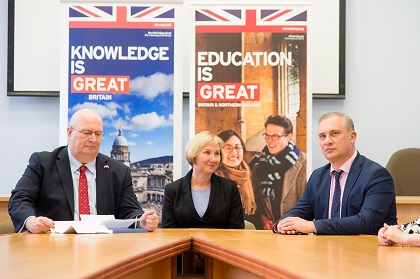 On the occasion of the degree awarding ceremony, Temporary Head of the British Consulate-General Office in Ekaterinburg, John Mitchell, visited South Ural State University. He told us about the purpose of his visit and explained the essence of the Open University of Great Britain.

This is the first time I came to South Ural State University, and I felt a friendly atmosphere in which one wants to study. People come here to really get knowledge. Of course, this saying is true for any university, but here you can feel this atmosphere especially. This is an amazing educational institution! People enjoy studying here.” 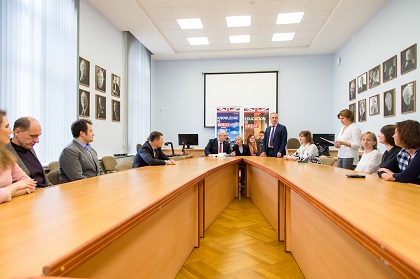 In conclusion, the guest from Great Britain said a few words to graduates of the SUSU MBA Centre.

“I want to wish the graduates success! I know how hard it is to combine study, work and domestic life; I know how much efforts it took to obtain the degree. I hope that studying at the MBA Centre will be useful for the graduates in the future.”