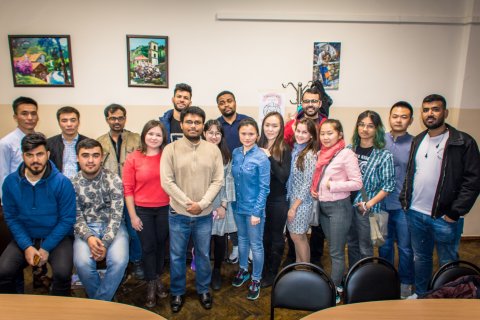 On October 1, elections of the President of the Association of International Students among South Ural’s universities took place. Student of the SUSU Institute of Linguistics and International Communications Uvindu Wijeweera became the leader.

Elections for the position of the President of the Association of International Students were held in universities of the South Ural; each country put in 2 candidates. Representatives of each country (or region) had been being chosen during meetings of international students held within a week on the threshold of the elections. Uvindu, who last year was the main representative of Sri Lankan students, was collectively suggested for taking part in the elections as a SUSU representative.

During elections of the 1st of October, Uvindu Wijeweera earned the majority of votes and was elected as a President of the whole Association for the Ural region.

“I am very happy to become the President, because I would like to make a lot of good deeds for our Association. I never think of what I get, instead I think of what I can give to people. International students come here often, so we would like to show them around the city and let them see that there are a lot of good and communicative people in Chelyabinsk,” says Uvindu Wijeweera.

The majority of events are going to take place at SUSU, as the majority of international students study here, compared to other universities of the South Ural. Among the upcoming events are: mini football, GTO (Ready for Labour and Defense), Arabic Culture Day, Chinese New Year, Sri Lankan New Year, Nowruz, Day of African Culture, Russian New Year’s party and many other. 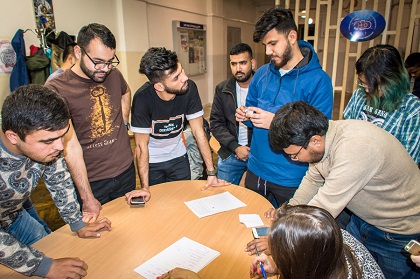 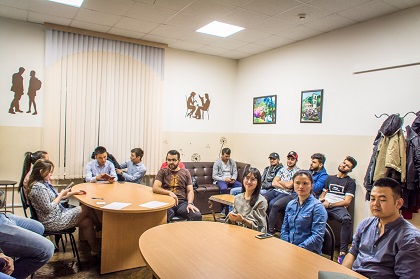 All events get organised by international students, but other students can participate as well.

“Many of our Russian friends put on national clothes of the country which is organising an event and help us to organise and hold celebrations. Generally, we are familiar with many Russian and international students of South Ural’s universities; we met them at various celebrations. For example, there are many international students of the Chelyabinsk Red Banner Military Aviation Institute of Navigators, with whom we are friends and with whom we organise various sport competitions, ‘Fun Races’ in particular,” says Uvindu.

This year, the Association of International Students has got big plans. Students want to hold events not just for their fellow students at SUSU but also invite students from Yekaterinburg, Tyumen or Kurgan. Doing good deeds together.

“We would like to visit the hospital with children who got oncology diseases and present them a small concert featuring international students. Last year, we presented them a short New Year-themed programme, and we would like to continue this tradition. I think, it was interesting for them to hear students communicating in English. For us, talking to them was interesting and important as well.”