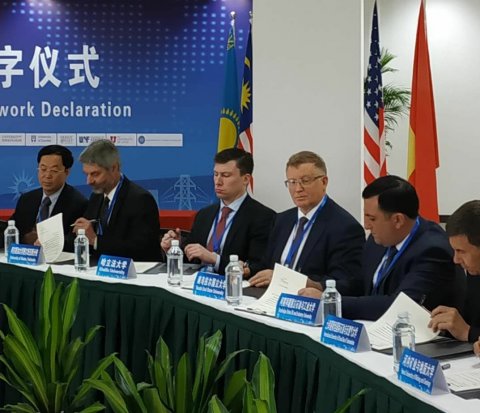 Only one university, member of Project 5-100, has become a co-founder in the Worldwide Energy Universities Network.

The network was initiated by China University of Petroleum for the purposes of exchanging experience, coordination and organisation of joint work of universities in the field of research-and-development, cultural-and-educational, and public activity. The universities being members of this network occupy leading positions in the global educational space. More than 50 representatives from 28 energy universities in 16 countries, including China, USA, Great Britain, Canada, Germany, France, Brazil, and Russia will be collaborating in promoting energy education and research.

“It is considered very important to facilitate the development of the energy generation sector and the solving of energy problems, which humanity faces. The collaboration of the world-level universities is a crucial part of education development, and it also deepens mutual and multi-level international collaboration, and expands exchange in education and research-and-development cooperation,” notes Aleksandr Shestakov. 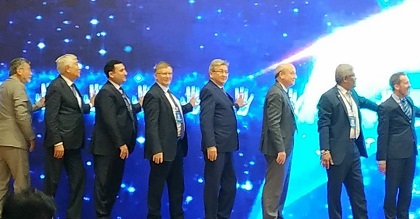 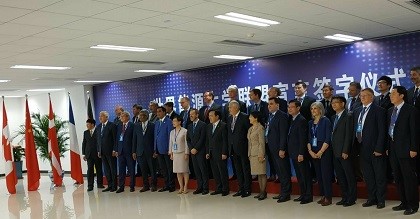 The main fields of activity of the network are: creation of a unified information space and a platform for exchanging academic resources and educational data in the sphere of global energy generation sector; coordination of international collaboration, including development of academic and research-and-development mobility; as well as facilitation of humanities and academic exchange, and exchange in the field of energy strategy between different countries and regions; promotion of cultural trust and inter-nation understanding.

According to the Charter of the Worldwide Energy Universities Network, its tasks include elaboration of recommendations aimed at developing education in the field of power engineering sciences, improvement of the quality of specialists training, and improvement of efficiency of scientific research and internationalisation. The network pursues an active policy on approving educational priorities in the field of power engineering sciences as an important factor of state economic growth and preservation of traditions of national scientific schools.

The network facilitates in training of highly qualified staff, development of the system of mutual credits recognition, and mutual use of training materials. Within the frameworks of the network’s activity joint scientific research will be conducted, as well as educational programmes, centres and innovative grounds will be created.

We can only add that Rector of South Ural State University delivered a presentation on the Experience and Prospects of the SUSU’s Collaboration with Universities of China in the Field of Automation at the plenary meeting. It was a sensation! The presentation by Aleksandr Shestakov incited great interest among the members of the scientific community. Many promising offers were received upon the completion of the plenary meeting.