Ecology of Food: to Eat or Not to Eat 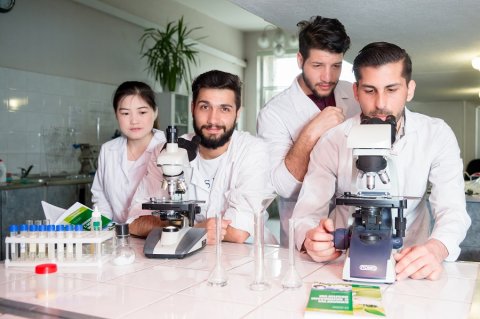 We all ask ourselves this question when choosing groceries. We really want to buy something truly good for our health! Those who are not on tight budgets can bravely head to the environmentally clean food section and… What if they only get a psychotherapeutic effect for this high price? We asked this and other questions the director of the School of Medical Biology of South Ural State University. Doctor of Sciences (Biology), Professor Vadim Tseylikman shared his thoughts on GMO, synthetic foods, and organic foods. And it also turns out that the researcher might be on the brink of an international sensation… 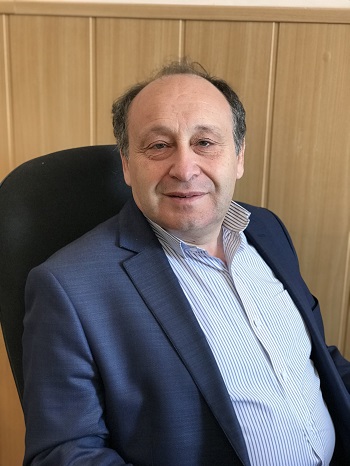 Vadim Tseylikman was born on 14.07.1960 in Omsk. After graduating from ChSPI (Chelyabinsk State Pedagogical Institute) (Biology and Chemistry division), he worked as a researcher at the Chelyabinsk Interuniversity Centre of Scientific Research from 1982 through 1991. In 1992, he defended his candidate dissertation, and in ’99 – his doctoral dissertation. He worked at ChSMA (South Ural State Medical University). In August 2017 he became director of the SUSU School of Medical Biology. He has trained 4 doctors and 25 candidates of sciences. He works with the leading researchers from the USA, the Netherlands, Germany, Slovakia, and Poland. He has headed projects of the RFBR (Russian Foundation for Basic Research) and at present he is heading a project of the RSF (Russian Science Foundation).

– But is this “cleanliness” at all possible in modern conditions of life on Earth? In places where there is no chemical pollution or radiation, obviously, there are genetic modifications?

– Physicists have the concept of an “ideal gas”. On the one hand, it doesn’t exist, but on the other – its parameters exist. The concept of “ecologically clean food” has a similar definition. It means that the question is about how near or far a certain product is from these parameters. It’s very difficult to manufacture a totally clean food product, but there should still be standards given for manufacturers to strive for.

– Well then it’s a myth after all… if it exists on paper but not in reality.

– We obtain ecologically clean foods when all of our technical capabilities are put to use, and the risks are minimal.

– Does ecologically clean food differ from regular food on a biochemical level?

– Again, it depends on the frame of reference. The most simple example is factory chicken eggs and eggs from farm chickens. Here we are not even speaking about the composition of the proteins, but rather about their functional activity. Farm products, across the world, are more expensive than factory products, and there is a reason for that, in my opinion. For me, food is ecologically clean when the amount of hazardous substances getting into body through food is minimized. But this doesn’t mean that factory foods are bad. It’s a question of the quality of the technologies used.

– Can we still speak of ecologically clean foods if non-modified foods, probably, don’t exist in nature anymore? After all, selection is also a modification.

– I think that GMOs are overly demonised. As a researcher, I don’t study this issue, so I can’t comment on it professionally. But as a layman, as a biologist with a degree, I’m interested in this topic, I follow the controversy surrounding GMOs, and I can say confidently that I don’t fear eating these foods. I side with those who believe that there is almost an organised campaign against GMOs. Genetically modified foods can be poorly created, but this doesn’t mean that we should say goodbye to this idea. I am against the idea that GMOs are an absolute evil, but you should understand that I am not campaigning for them at all. I am convinced that we don’t need to condemn genetically modified products collectively. We need a careful and balanced approach to each case and should evaluate each product in terms of its healthiness, leaving aside our financial interests.

– Is it possible to do that?

– I’m thinking of ideal gas again… In any case, we have to strive for this.

– How can GMOs affect the genes through stomach?

– This is the exact question I don’t have an answer to. In most cases, the probability is quite small, but it’s not possible to exclude it completely. As a layman, I can suggest a fantastic theory: there are viruses that can be gene couriers…

– So, the rumours about how in a few generations, our descendants can grow something uncharacteristic for humans – are they based on something? Just because we eat some kind of wrong corn?

– You know, these are already just scary stories. GMO, with a certain probability, are able to harm body, but this kind of global gene editing, I think, is extremely improbable.

– As someone who’s tried fresh farm food from the countryside, I’d confirm this. It’s just better!

– There are emerging more and more advocates for ecologically clean foods. At the same time, there is an opinion that people visit “eco-shops” not for the products, but to feel good. “I’ll buy some healthy food and everything will be great,” they tell themselves…

– The goal of those who create ecologically clean foods is not to lift peoples’ spirits, but to support a higher quality of eating. But the psychological factor does have an effect. The realisation that you are not eating some kind of ersatz food, but something ecologically clean is a big deal. If this lifts someone’s spirits, that’s good too. It’s just a positive side effect. But sometimes, this effect overrides all of the effects of healthy food. If you put the markings of ecologically clean foods on low-quality foods, you could create a placebo effect.

– Sometimes manufacturers will write “100% natural product” on the wrap. Does this not confuse the customer? After all, natural nitrates can also fall under this description…

– Nitrates… this word shouldn’t be demonised, either. The mechanism of their action has been decoded. As a rule, they are converted into nitric oxide in body. At the end of the 90’s, there was a lot of noise about its biological role. This the Nobel Prize scale issue. In addition, the positive effect of nitro-glycerine, at the end of the day, is tied to it being a precursor of nitric oxide. The body has enzymes that synthesize nitric oxide through the metabolic process. It’s another thing entirely that in large quantities, this same nitric oxide can become a catastrophic factor, but in small doses, it’s absolutely necessary. As for the wrap descriptions… I would believe it. In any case, I have not yet been disappointed in products with such descriptions. 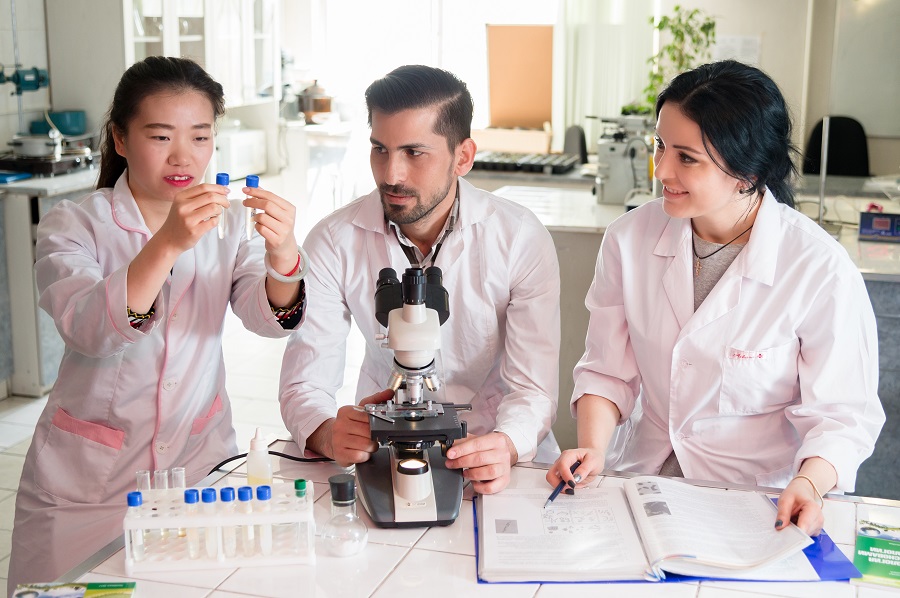 – Synthetic food. Researchers are recreating the structure and taste of many foods. Does it also include the nutritional properties here?

– Here, we have many more questions than regarding ecologically clean foods or even GMO. In my opinion, the consequences are very difficult to calculate since our digestive system and food behaviours have undergone great pressure from natural selection. But synthetic food is an attempt to impose new rules.

In the middle of the 20th century, there was a view that our food was overloaded with ballast. Imagine that vegetable fibre was called ballast. They said it consisted of cellulose which cannot be absorbed by body. They thought up a “ballast-free” diet. But then, among the people who were proponents of this diet, the number of cases of cancer in the gastrointestinal tract grew rapidly. When people speak of synthetic foods, I remember involuntarily this sad story that made us think about the healthiness of vegetable fibre. But once again, I am against the demonisation of synthetic food, as well. This is just a question in which the risks should be very carefully assessed against the principle “measure thrice and cut once.”

– So you think that with time, human body could adapt to “synthetic” foods as well? And it will be considered healthy and appetising?

– I’d be happy if humanity is given enough time to adapt to synthetic foods….

– What do you think our descendants will eat?

– It’s unlikely that anything will change radically. Either way, there will be plant- and animal-based foods. Synthetic… this would be probably a last resort. After all, I think that in 100 years, we will still have cows, milk, and sour cream. All questions of nutrition are tied to evolution, and I don’t think we can skip this. Moreover, I doubt that if we do cross this barrier we will come out as winners. One of the classics, Professor Felix Meyerson said: “We should not try to be smarter than nature, we should imitate it.” But on the other hand, everything depends on the professionalism of those who are developing synthetic foods or GMO. Because good professionals, maybe, would emulate nature. And then, I think, we would be able to trust products.

– The best anti-stress product, according to Vadim Tseylikman.

– Can I say alcohol? (Laughs) But to be serious about it, in the School of Medical Biology at SUSU, we are developing a full line of functional food products with anti-stress characteristics. We’ve gotten our first results already, they’ve been covered in the press. But, nonetheless, this is just the beginning of serious work, and I hope that our specialists will solve this task well.

– What product are you passionate about as a researcher?

– I am passionate about a product that may affect life span. But until we have completed tests, I can’t disclose what it is. I will say that this is a natural product, not one synthesised artificially. We were able to establish that the substances it contains can increase the life span of laboratory animals two times over. I would love to work on translating this substance to foods, but again, by imitating nature, rather than by trying to outwit it. Right now, we have only created a plan for this work, there’s nothing to brag about. This is truly a huge amount of labor, and I don’t know if I personally have the strength. Maybe this is a marathon which others after me will continue… In any case, I’d like to at least lay the foundations and evaluate the prospects.

– And if everything works out… will humans live to 200?

– It helped laboratory animals, but this doesn’t mean that it will help humans. If we are able to increase life span by even one year and improve quality of life, this will already be a serious result. But we must do this in good conscious, carefully, and without haste. So… for now, no bragging!