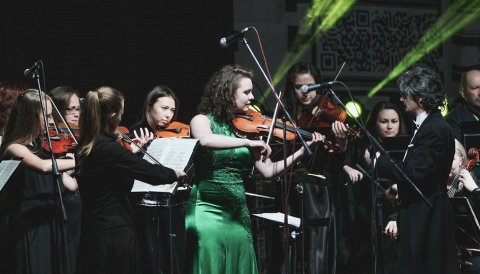 On September 21st at 16:00 the new concert season of the student philharmonic will open in the Activity Hall of South Ural State University.

For several decades now, the student philharmonic has introduced students and teachers to timeless high art. The philharmonic’s concerts and programs allow students to learn about different genres of classical and modern music, and the best composers and musicians of the past and the future.

This time, the celebrated B-A-C-H chamber orchestra from Yekaterinburg will perform on the Activity Hall stage. The group was founded in 1990 and brought together the best musicians of one of the major cultural centres in Russia. Today, the group is well known far outside its borders.

Over the time of its existence, B-A-C-H chamber orchestra has participated in more than 90 international festivals in Russia and Europe, cultural events for UNESCO and UNICEF (in Russia and Italy), and many times toured Germany, Austria, Mexico, and the island of Taiwan.

Many Russian and foreign conductors have worked with B-A-C-H orchestra. The collective has performed on one stage with international stars of show business such as Jon Lord (founder of the band Deep Purple), Vanessa-Mae, Mireille Mathieu, Alessandro Safina, and such bands as Scorpions, Metallica, Smyslovye Gallyutsinatsii, and others.