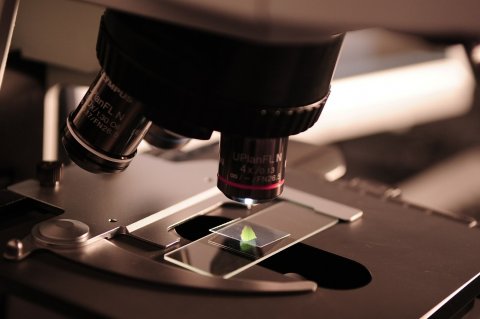 The space surrounding us is literally pierced with electromagnetic radiation and magnetic fields of natural and artificial origin. Even a short electromagnetic pulse is enough to knock equipment of any level of complexity out of operation. Candidate of Sciences (Physics and Mathematics) Aleksey Trukhanov, who is senior research fellow at the SUSU Nanotechnologies Research and Education Centre, is studying electrolytic films to create electromagnetic and magnetic shields capable of neutralizing the radiation.

Aleksey Trukhanov, a winner of 2014 award for young scientists by Alferov’s foundation and the National Academy of Sciences of Belarus in the category of Nano- and Microstructures: Production Technologies, Diagnostics and New Applications, is performing his research studies under Project 5-100 (SUSU Postdoc contest) at Nanotechnologies Research and Education Centre of the SUSU Institute of Natural Sciences and Mathematics jointly with the head of the Crystal Growth Laboratory Denis Vinnik, Candidate of Sciences (Engineering).

“The issue of electromagnetic compatibility of devices is very topical today. One of the most popular methods of equipment protection used around the world is shielding — creating electromagnetic and magnetic shields. But every developer has his own design approaches and secrets, which he naturally wouldn’t share. Suffice it to say that the cost of products with and without protective shield may differ tenfold and more,” shares Aleksey Trukhanov. 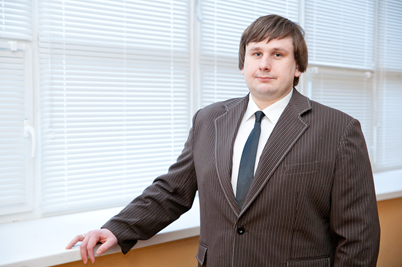 Normally, heavy elements are used as the material for shielding which efficiently absorbs high-energy radiation. Bismuth is a heavy metal with high density and big number of shell electrons. This makes it analogous to such widely used materials as lead. However, in the ratio of the protection efficiency to mass-size parameters (as well as with consideration to the ecological aspect) bismuth is the best option.

Based on the research results the article has recently been published in Journal of Alloys and Compounds on Correlation of the Synthesis Conditions and Microstructure for Bi-based Electron Shields Production (impact factor of 3.779), which logically follows from an article published earlier in the same journal on Electrochemical Deposition Regimes and Critical Influence of Organic Additives on the Structure of Bi Films.

“Both articles deal with the studying of the dependency of the bismuth films’ microstructure and functional properties on the production process regimes and the initial electrolyte composition,” explains Alexey Valentinovich. “In other words, the articles give an answer to the question on how, by varying different regimes in the process of electrochemical deposition, to produce a material with identical composition but with different properties. It is a well known fact that any materials scientist holds true the following chain: composition-structure-property. And often a material’s properties are largely determined not only by the sample’s chemical composition, but also by its structure.”

Electrolytic films are unique objects, both from the point of view of fundamental science and application. Studying the processes of films initiation, growth mechanisms, and correlation of the structure and properties allow for a deeper understanding of the fundamental material science aspects of film technologies. However, one of the main trends of practical material science of the recent decades has become the miniaturization of various devices. In this context, different films and coatings with pre-set or even controlled properties for functional applications turn out to be ultra-topical.

“We are studying the peculiarities of the crystalline structure and microstructure (porosity, density, average size of grain) of the synthesized samples. However, it’s important to understand that today the development of science is affected by two main macro-trends: cross-sectoral cooperation (joint work of scientists from various fields of sciences) and international cooperation (collaboration for foreign colleagues). We’re actively collaborating with our colleagues from the Head Office of Scientific Production Centre for Material Sciences of the National Academy of Sciences of Belarus (Minsk, Republic of Belarus), MISIS National University of Science and Technology (Moscow), Joint Institute for Nuclear Research (Dubna),” shares Aleksey Trukhanov.

As of today, the processes of bismuth films electrolytic production from combined electrolyte have been optimized. Complex research has been performed for the phase composition and microstructure parameters of the objects of study. It was observed that the higher the density of the film sample (the most fine-grain structure resulting from introducing certain organic additives to electrolyte), the better are chances to apply this class of material on practice. There is still very much to do. Since the preliminary results is the process of approbation in laboratory conditions. For practical applications, very serious work has to be done on securing the achieved results and scaling the processes of production. Now is too early to boldly speak of practical application, but significant potential and practical orientation of work are obvious.

Links to publications in Journal of Alloys and Compounds: