On August 31, on the occasion of the Knowledge Day, Matriculation Ceremony-2018 was held at the SUSU University square.

Official part of the event was opened by performance teams of the SUSU Art Center, after which the university Rector Aleksandr Shestakov delivered a welcoming speech for freshman students and their parents.

“Dear freshman students! I congratulate you on admission to the National Research South Ural State University! You’ve made the right choice – got enrolled to one of the best universities of the Russian Federation. Nowadays, SUSU is included in many international rankings. Having gotten a degree here, you will be competitive in the Chelyabinsk region, at the Big Urals territory, in Russia and abroad. I wish you all a good study at South Ural State University; take part in all art and sport clubs that the university offers to you. I want to see you in 4 or 5 years at Degree Awarding Ceremony. I declare the Matriculation Ceremony-2018 of South Ural State University open!” 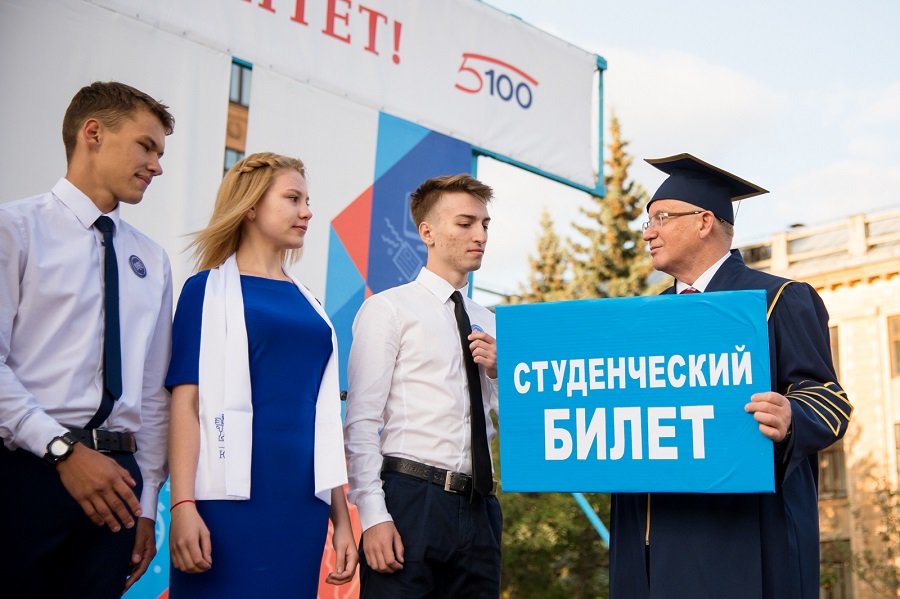 An important part of South Ural State University is its anthem, which was ceremoniously performed for guests of the celebration by the Primavera Choir.

A ceremonious parade of senior-year students representing SUSU’s Schools and Institutes was held as well. Formations of students were headed by Directors who welcomed their freshman students.

The newcomers of South Ural State University were greeted by First Deputy Minister of Information Technology and Communications of the Chelyabinsk region, Igor Fetisov.

“From the bottom of my heart, I wish you all to get a high-quality education, graduate the university and become excellent specialists. Our Ministry’s employees are 40% SUSU alumni. I hope that, having received a degree, you will stay in Chelyabinsk and will work for the city’s and the region’s well-being. I wish you only good and excellent grades!”

Students were also greeted by Deputy Minister of Education and Science of the Chelyabinsk region, Vadim Bobrovsky.

“I am happy to welcome you at the celebration on the occasion of the first day of study. Especially, I would like to address those who crossed the university’s threshold for the first time. You have successfully passed entrance examinations, and now you are going to start a new life as a student and you are facing the new academic year. Studentship is an amazing time, when a whole world is open in front of each of you, and there are a lot of opportunities for professional self-fulfillment. Good luck!” 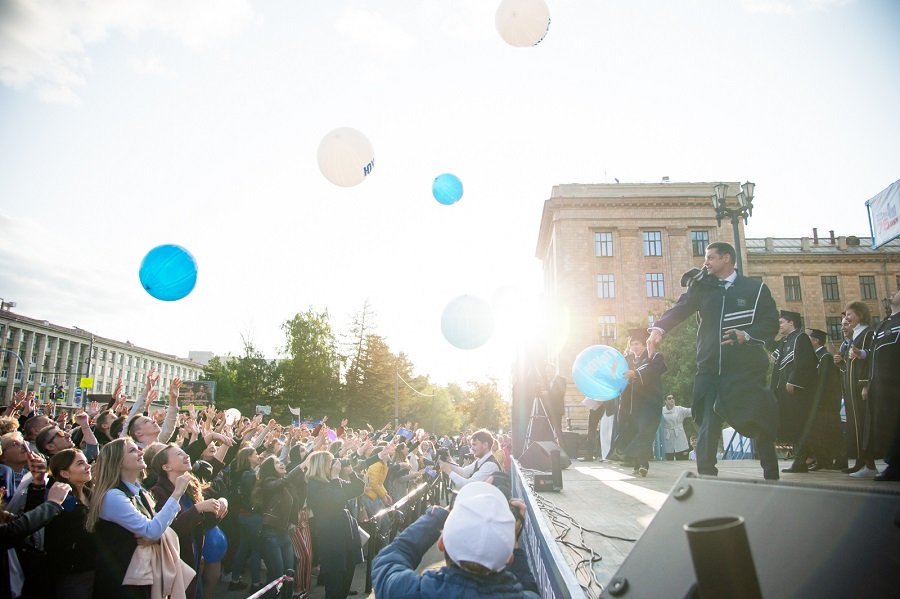 As per tradition, freshman students made a promise to be worthy of the title of a student of South Ural State University. The Rector of SUSU, Aleksandr Shestakov, made an opening statement:

“You promised to study well at South Ural State University, and we believe that after graduation you are going to be excellent makers of the new industry of the Russian Federation, and one of you is the future Rector! I give you this student identification card and wish your academic record books contain only excellent grades!”

The Rector handed in the student identification card, and as a celebration, hundreds of colorful balloons soared up into the sky.

Freshman students were greeted by Chair of the City Duma, Stanislav Mosharov.

“I am happy to welcome you here, at one of the best squares of our city. Today, the big and close-knit family of South Ural State University became bigger due to the new students. I want you to know that you not just have entered the university, but got into one of the best universities of the country, and you should be proud of it. We wish you that in the future you become an object of the university’s pride as well. The city of Chelyabinsk has big plans, and it needs young, creative and smart young people. Therefore, we are waiting for you!” Seyar Fazl, a freshman student of the Institute of Architecture and Construction from Afghanistan, shared his emotions.

“I am very happy to be a student of this amazing university! Before admission to the Institute of Architecture and Construction, I had been studying Russian language at the Institute of Linguistics and International Communications. Regarding the concert, I absolutely enjoyed it! There are so many talented and funny people; I hope to perform on stage one day as well because I can sing.”

The third part of the ceremonious event was disco organized by D-Club nightclub. Students had a chance to dance outdoors to the music of DJs. 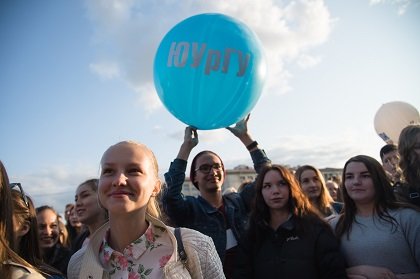 A freshman student of SUSU, Alina Galanina, told us about her emotions.

“I am very happy with the concert and, of course, with the fact that I’ve become a student of South Ural State University. Watching the activity and creativity of performance groups, I want to join this big family as soon as possible and uncover my own potential in both creativity and science.”

The celebratory event whose motto was “SUSU is the Start of Your Success” concluded with a bright celebratory firework.