Today, August 15th, we celebrate one of the most exciting and romantic professional activities - archaeology! Archaeologist Day was celebrated in the Soviet Union and continues to exist in Russia, Ukraine, and Belarus. Although you can still meet those believing archaeology is about finding treasures, the study of human activity is much more than that. Archaeology is at the heart of our understanding of historical processes. Today archaeology collaborates closely with a wide range of disciplines such as linguistics and genetics, resulting in groundbreaking studies and invaluable knowledge. Andrey Epimakhov, the world’s leading archaeologist working at South Ural State University, contributes significantly to the development of modern archaeology. Below are some of the incredible works by Andrey Epimakhov, in which he shares his expertise in the Bronze and Iron Ages, the periods that gave birth to our civilisation as we know it.

Andrey Eepimakhov has published a large number of monographs, research papers, co-written books, and book chapters. In 2002, he wrote a chapter for a French multivolume work on the archaeology of Central Asia. In his chapter, Andrey Epimakhov describes the Trans-Urals and Western Siberia and the settlements and necropoleis of the Iron Age.

The German book highlights the early history of transport. Andrey Epimakhov made his contribution by writing a chapter on the chariots of the Urals and cultural development from the Volga to Kazakhstan during the Bronze Age. The book is widely acclaimed and is actively cited by world’s researchers. 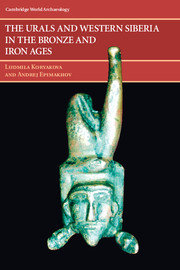 The Urals and Western Siberia in the Bronze and Iron Age. (Ser. World Archaeology)

Published under the World Archaeology Series, Cambridge University Press, the book is among the many describing the places around us. However, it is the first work ever written that sums up the archaeology of the Urals and Western Siberia during the Bronze and Iron Ages. The book describes the prehistoric cultures of these regions and their crucial role in the emergence of Eurasia. It took the authors six years to write the book due to the enormous chronological and geographical scope described. The Urals and Western Siberia in the Bronze and Iron Age is widely popular abroad and was republished in 2014. In 2017, Cambridge University Press offered Andrey Epimakhov to translate the book into Chinese to expand the reading audience as the book is the only one of its kind that thoroughly describes the regions. The multiple works written by Andrey Epimakhov in Russian and English are dedicated to the Kamenny Ambar Settlement. The excavation works began in 1990, and since then the site has been thoroughly studied, starting from its geography to the dietary preferences of its inhabitants. In 2013, a team of Russian and international authors published the first ever multi-disciplinary book on the Kamenny Ambar during the Bronze Age. Based on archaeological discoveries of the region, Andrey Epimakhov developed the first chronology of the Kamenny Ambar Settlement during the Bronze Age using radiocarbon dating. Today the Epimakhov’s chronology is used by researchers all over the world and helps them to order their findings. The radiocarbon dating method described by Epimakhov in his Russian and English papers is actively cited within the country and abroad. Over more than 20 years of work, researchers from different fields have turned to the Kamenny Ambar Settlement, including anthropologists, chemists, physicists, soil specialists, zoologists, geneticists, and many others. They have received a number of significant results that might lay the foundation for a new book on the Settlement. 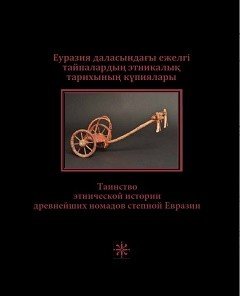 This book presents a comprehensive analysis of the Bronze Age. The book covers the origins of the Indo-Europeans, which in turn explains the appearance of the modern Eurasian settlements. The work contains explanatory maps, tables, and photographs and is written by a team of authors from Russia, Kazakhstan, and the USA. The book section written by Andrey Epimakhov explains the ancient communication and cultural networks of the Indo-European peoples from the world-systems theory angle. The author concludes that the Bronze Age played the critical role in the history of the Urals and Southern Eurasia in terms of the technological, social, economic, and ideological advancements. As the primary centre for ore extraction and steel production during the Bronze Age, the Urals secured its place in the developed trade network of Eurasia. Furthermore, in this book Andrey Epimakhov describes his timeline for the Urals during the Bronze Age. The Mystery of the Ethnic History of the Earliest Nomads of the Eurasian Steppe is available online for free.

Early Divergent Strains of Yersinia Pestis in Eurasia 5,000 Years Ago Published in the leading scientific journal Cell, the paper examines the early history of plague. Together with the international research team, Andrey Epimakhov managed to find the earliest traces of the disease, dating from 2,800-5000 years ago. What is more, the authors traced the genetic modifications responsible for the emergence of bubonic plague. The researchers found that the plague virus spread in the Eurasian populations 3 000 years before its first written recordings. 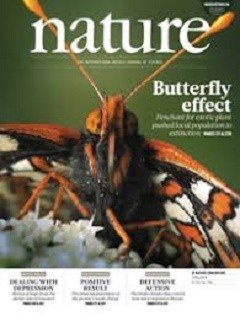 The Nature paper, published in collaboration with the leading international researchers in 2018, describes the evolution of Hepatitis B. The joint project by archaeologists and geneticists sheds light on the history of the disease and lays the groundwork for further multidisciplinary research. The scientists hope the current and future results will enable to predict the behaviour of the virus. Currently, the paper is boosting its citation rates.

In 2018, Andrey Epimakhov visited a conference in Gothenburg that brought together archaeologists, geneticists and linguists from all over the world. The discussions resulted in the researchers’ decision to write a book together for publication by Cambridge University Press. By the end of 2018, Andrey Epimakhov is to write his part for the future book by the renowned publishing agency.

“Today one might believe that book writing is useless as the information tends to get outdated too fast, notes Andrey Epimakhov. – The truth is books are in demand because they contain the total of historical milestones. These books live much longer than papers. I would say that articles pose questions while books sum up the answers. By the way, it is common practice in international universities to collect acclaimed book series. When I go abroad, I often find my books in different university libraries”.

Andrey Epimakhov’s professional life was deeply influenced by a number of well-known researchers such as Colin Renfrew, Kristian Kristiansen, and David W. Anthony. “This book is wonderful for its multi-layered arrangement of information, from archaeology for dummies to archaeology for experts. This invaluable book examines the job of archaeologists, major theories and methods, laboratory and field research. The authors included multiple case studies that help the readers to get to know the real archaeology. I’m currently working on the eight-volume book series dedicated to the history of the South Urals. The structure for that work I’ve borrowed from Renfrew and Bahn. Apart from describing the Bronze Age and the Urals, I’m going to talk about the particular research methods I use in my work, examine 3D modelling in archaeology, and so forth”.

Kristian Kristiansen is a Danish archaeologist who is well-known for his research on the Bronze Age, heritage studies, and the theory of archaeology. He is a professor at the University of Gothenburg. “Kristiansen’s books inspired me during my student years. They evoked my lust for finding connections between sciences and doing system analysis. It’s no secret that some science books are impossible to grasp because their language is too scientific. Books by Kristiansen are pleasurable to read as they are easy to understand even if you are not an expert in archaeology. It was Kristiansen’s idea about the paradigm shift in archaeology, the rise of interest in applying scientific methods to the field”.

The Horse, the Wheel, and Language: How Bronze-Age Riders from the Eurasian Steppes Shaped the Modern World “In his book, David Anthony expertly puts together linguistics and archaeology to trace back the origin of the Indo-European and English languages. The author examines the role of domestication of horses and the invention of the wheel in linguistic changes and transformation of the civilisation. Although I disagree with some of Anthony’s ideas, it was a pleasure to read his well-structured and greatly written book. Republished several times, this book is in strong demand”.

At present, Andrey Epimakhov is involved in a project on war as a social practice among the ancient settlements with a complex social organisation and the lack of statehood. The sources of knowledge for this project are primarily archaeology and anthropology. Together with his research team, Andrey Epimakhov is applying for grants and looking for the funding sources for the project. The research team hopes to explain the millennium-old phenomenon and publish a number of books and papers.

To learn more about Andrey Epimakhov’s works, please visit his page at  academia.edu.