The Faculty of Journalism Opened a Whole New World: Interview with a SUSU Graduate 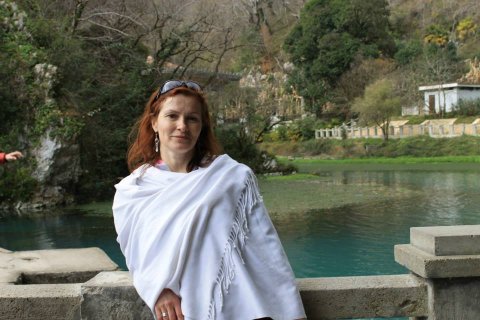 Each year, thousands of specialists of various specialties graduate from South Ural State University. Among them is Elena Ermolaeva, who got her degree at the SUSU Faculty of Journalism. Today, Elena Yuryevna is the Chief PR Specialist of the Traktor Ice Hockey Club. She told us why due time she chose the Faculty, how her studentship was going, as well as about her work in the Traktor Ice Hockey Club.

– Why did you decide to get enrolled to the Faculty of Journalism?

− Before getting enrolled to SUSU, I had been working in the education system for a long time: first in a kindergarten, then – in a specialized residential school for children with scoliosis, where the most important thing in curing the children was special remedial gymnastics. After a while, I wanted to change the sphere of activity. I realized that I would like to engage my life with communication; therefore, I decided to apply to the SUSU Faculty of Journalism.

– When did you realize that you’ve chosen the right sphere of activity?

− At first, during lectures, it was really difficult for me to apprehend information; after all, a lot of time had passed since the moment that I got my first degree. But I wanted to write course papers on the topics which were interesting to me and which I could apply in practice. The sphere which I knew well was sport and everything related to it; so I started writing reports and term papers on sport topics. I offered my programs on promotion, covering of activity, organization of media service to the Ministry of Sport (back then the Head Office). Then, concurrently to study, I started organizing media service of the Ministry, covered competitions, organized press centers of revived Spartakiads of Russian Students. There I used my new knowledge in the sphere of PR and journalism. I realized that I have good organizing abilities, and that I like such job. This is exactly when I realized that I belong at my job.

After my graduation from the university, I continued working at the Ministry of Sport of the Chelyabinsk region. I’ve worked there from 2003 till 2014. We organized competitions and Spartakiads at various levels. Then we had the World’s Championship in curling, Europe Championship in judo, World’s Championship in judo – in a word, we were organizing media centers at international competitions, where one media center includes from 200 to 400 mass media representatives. I think, neither sphere of life has similar job. After some time, I realized that I have already done everything I could at the Ministry, so again I wanted something new. At that time, I received an offer from the Traktor Ice Hockey Club.

− In the first case, I had to tell people about what is sport. Now I need to talk about sport in a way to make people come watch it, so that tribunes were filled, so that my job would bring profit to the Club. Besides, there is always an informal competition between clubs: who shoots a better promo video, who will organize an event in a more interesting way, etc. And that is when you start participating in your own competition; this is exciting and interesting.

– What are your job responsibilities during a season and during off-season time?

‒ During a season, we have training sessions, competitions, sport trips; during off-season time we are busy as well. I work on social and publicly important events: organize them, compose texts, write press releases, cooperate with mass media. Aside from hockey, we have many other important projects. In August, we are to hold the traditional Traktor Open Festival, then from 14th through 18th of August we are to organize the Governor’s Cup, and September 2 is season’s opening. For the first event, entrance is free. Uniqueness of the Festival is in the fact that fans have a chance to communicate with the club’s players in various activity stations. For example, mothers come with their children, bring them to the play area, and see the team’s captain, Aleksandr Shinin, who is organizing funny races for kids. After they’ve played, they go to buy tickets to the Governor’s Cup, and the tickets are being sold by the goalkeeper Aleksey Petrov, and DJ at the Festival is Vasily Demchenko. Generally, each zone has a player, with whom one can take photo or ask for an autograph. It is clear that, when organizing such massive and serious projects, there are a lot of different types of work which can’t be done in a week or even a month. Preparation is thorough and diligent. Our goal is to organize everything at the topmost level, and of course, provide a good coverage in mass media.

– Do you keep in touch with the university?

‒ I learned at SUSU everything that I can do now, starting from writing press releases, interviews and PR materials, and up to organizing press conferences.

Teaching staff of the university opened another inner world to me, and presented the new me. They showed that I can live differently, without forgetting about pedagogy. Nowadays I periodically deliver lectures at universities, maintain friendly relations with many lecturers, and hope that I made a significant contribution to development of sport and sport-related PR in our region.