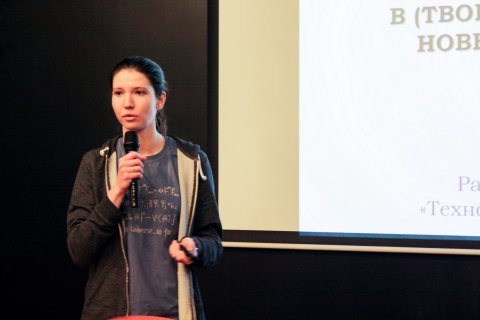 A student of the 2nd year of postgraduate studies from the Institute of Natural Sciences and Mathematics of South Ural State University Ekaterina Anikina has become a winner of two contests. As a result she became a participant of Summer School Hermes-2018 on Computer Modeling in Great Britain and a holder scholarship under Visby program.

Ekaterina is studying at the Department of Computer Modeling and Nanotechnologies under the program on Physics and Astronomy. She shares how she managed to win the contests for studying abroad.

– How did your participation in Visby program in Sweden start?

− I search the Internet for the universities offering the fields of studies I’m interested in, and after that I looked for certain research groups on the websites of the chosen universities and wrote to the heads of those groups. And there I got lucky twice. First, I almost instantly came across a group which deals with the very field I’m currently working on. Second, the professor heading this group was very gracious about my suggestion to work with him. I was very surprised to receive a positive answer to my very first letter to my potential advisor. After that I had to sketch a plan of research, which I sent to the Swedish professor for his consideration and amendment.

– How did you receive an invitation?

− In the middle of December I filed an application, and what was left for me was awaiting the result. It was supposed to come by the middle of April. To be honest, I didn’t hope to win this internship, this opportunity felt so unreal. April came, and there still was no news, so I was ready to try and persuade the Swedish professor to venture for it next year. And suddenly, on April 11th at night, I receive a letter that I was accepted. To say that I was shocked, won’t mean anything. I probably came to realize what happened when I started preparing documents and obtaining the residence permit (visa won’t do here since my internship will last one year).

I will go to Uppsala University, the oldest university of Sweden, to join the group of Rajeev Ahuja. This group deals with computer modeling of materials to be used in power generation sector (solar batteries, hydrogen storages, and other). My thesis is devoted namely to computer modeling of promising materials for hydrogen storage. I very much hope that work in Sweden will be productive, and I will be able to continue my collaboration with the group after I return to Russia. The Swedish institute will be paying scholarship to me, and the program also covers medical insurance. All I need to do is arrive to the place of destination and find accommodation.

– What do you plan on doing besides studying?

− I’ve always wanted to visit Scandinavian countries, so I hope I will have some free time for travelling. I’m also planning on attending the Swedish Language courses, I’m a fan of Scandinavian movies and TV series. I wouldn’t want to quit sports – I do wall climbing at present, – especially that working out helps cope with brain work. I hope I will have time for that as well.

– Why did you decide to take part in the contest within the Summer School on Computer Modeling?

− The school is basically organized by postgraduate students and for postgraduate students. The theme suits me very well, and the format of the school itself besides traditional lectures includes many interactive events (master classes, group tasks, working on the skills of public presentation of results, even competitions). In the application form I happened to notice information that this school’s sponsors offered several grants for the participants from developing countries. I wrote to the organizers that I am a postgraduate student from Russia and asked them to specify the list of countries that qualify for these grants. They replied that they will be happy to consider my application. Of course, I started preparing documents, granted the fact that there were no special requirements in the application – a CV, a brief description of my research (with the indicated method of modeling), and sort of a motivation letter (what I expect from the school, and how it may help me). I knew that if I didn’t win the grant for participation in the school, there was hardly a chance I could go to that event, traveling to Great Britain is quite expensive. Meanwhile I was simultaneously preparing to conferences in Moscow and Tomsk, and two weeks after I had sent documents to Great Britain I received a confirmation from Sweden. That is, this application just slipped my mind.

– How did you learn that they were willing to welcome you in England?

− I learned about the decision of the organizers on my way back from Tomsk, and it was very unexpected. A pleasant thing to learn was that the host country would cover the participant’s expenses in full (including the flight Chelyabinsk-London-Chelyabinsk). I spent quite some time to collect the required documents. Now I’m waiting for the results of my application’s consideration, and I hope I’ll get the visa. I’m sure that this trip will be a useful experience – I will learn about modern achievements in computer modeling of materials.