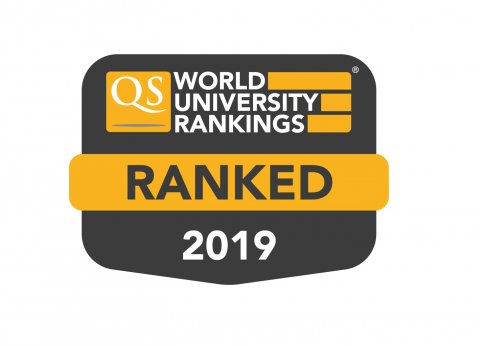 South Ural State University for the first time in its history was included into the ranking of the world’s best universities drawn by Quacquarelli Symonds (QS) consulting company from Great Britain. South Ural State University’s standing in the ranking is 801-1000. QS World University Rankings is one of the most authoritative university rankings, during compiling of which specialists assess all aspects of work of educational institutions.

“I was extremely happy to announce that SUSU was included into the QS ranking of the world’s best universities. However, I must say that it’s only the beginning of a long road for your university. You are in the “Champions League”, and your task now is to become the leader of this team,” shares the QS Company consultant Jacques de Champchesnel.

Every year QS Company assesses the world’s best universities against a number of criteria. Specialists check a university’s academic reputation, scientific activity and reputation among employers. Rector of South Ural State University Aleksandr Shestakov notes that the new educational technology, which will be implemented in the 2018–2019 academic year, may facilitate further boosting of the university’s recognition in the global scientific-and-educational space.

“The SUSU’s being listed in the global international QS ranking is a significant achievement for the university, since the specialists assess such parameters as reputation in the scientific community and in the academic environment, the employers’ opinion is taken into account, as well as the publication activity. Many university’s employees are involved in this work, and it opens good prospects. Eight international research laboratories created at SUSU are successfully functioning and are guided by the leading foreign scientists from Australia, Great Britain, Germany, India, Canada, Mexico, USA, and France. The number of our foreign partners is increasing. One of the good examples is the international leader, Emerson. We keep improving the quality of education. In September we are launching the technology of project education. Part of the projects will undoubtedly be fulfilled in industry or in social sphere. The project education will influence the SUSU’s promotion in the ranking and will benefit our reputation among employers. Our activity has many directions, but all of them mean moving upwards,” stresses Aleksandr Shestakov.

The SUSU’s entering the QS ranking of the world’s best universities became possible thanks to the university’s focused efforts in the scientific area, which includes the publication activity and citation of the university’s students and researchers. Moreover, the university is carrying out studies in the most topical scientific fields. The lecturers refer to contemporary English-language sources in the process of teaching, hold seminars and master classes on the international scientific journals and databases for students of the elite training zones, Master’s students, postgraduates, and academic workers. Moreover, joint research and publications in SCOPUS with the leading Russian scientists are being held at SUSU. One of the key aspects in forming of the university’s reputation is also communication of lecturers and research fellows with the leading Russian and foreign scientists, including via specialized ResearchGate network.

The improvement of the SUSU’s image within the academic community was influenced by the fact that South Ural State University attracts scientists from the world’s leading universities for collaboration, and uses modern material-and-technical base in its work. In the School of Electrical Engineering and Computer Science a Laboratory for Self-Monitoring and Self-Validating Sensors and Systems is functioning being headed by a Professor of the University of Oxford Manus Henry (Great Britain). Also the School of Electrical Engineering and Computer Science comprises an Emerson Plantweb Laboratory fitted with the state-of-the-art equipment by Emerson Corporation (USA). SUSU organizes join Master’s programs in the most popular educational fields with foreign universities.

SUSU has created a reputation of a reliable partner with the employers thanks to active collaboration with companies where the university’s graduates work, and to holding events at the university with participation of representatives of different organisations and their involvement in the educational process. Also the forming of reputation was influenced by establishing of R&D centers and promotion of the products created at the university, including NP Technopark SUSU–Polyot comprising 28 small innovative enterprises operating in the field of science and engineering.