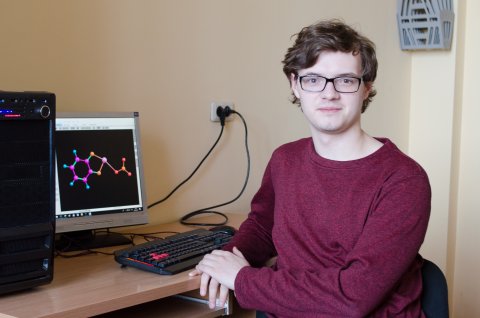 Not so long ago, the majority of new materials were discovered by the scientific community by mistake or by the method of trial and error. Today, the task of theoretical prediction of the structure and properties of new crystalline materials has become especially topical. Thus, researchers from South Ural State University have developed a method to predict crystalline structures of substances, the basis of which is the application of evolutionary algorithms. These developments can be used in practical materials science, and in the future – in production of innovative materials of the 21st century.

This research was awarded a grant at the Forward to Discoveries 2017 contest. The supervisor of this research is Doctor of Sciences (Chemistry), Professor Ekaterina Bartashevich. The author of the project, student of the Department of Theoretical and Applied Chemistry of the SUSU Institute of Natural Sciences and Mathematics Aleksandr Dyakov talks about the possibilities of this new method.

“We started working on this project in 2016 with Doctor of Sciences (Chemistry), Professor Artem Masunov from the University of Central Florida. A research article with the results of this work was published in AIP’s Journal oh Chemical Physics, which is in the Web of Science database. The methodology that we used was applied to the modeling of a different crystal (3-hydroxy-2-iodopyridine). The work was completed with the help of the USPEX program which is an evolutionary algorithm for generating crystal structures.” 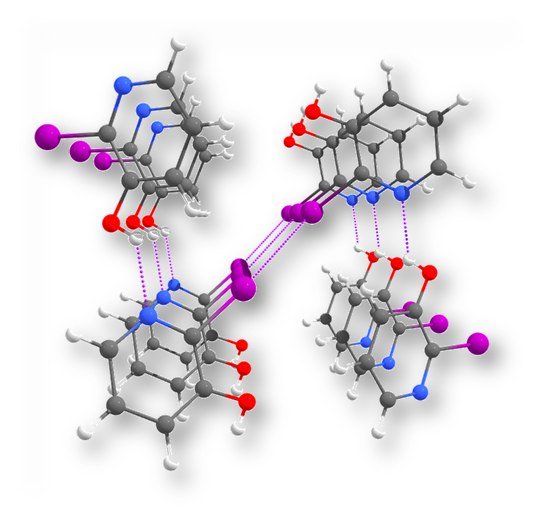 Field of Force Describes the Properties of Molecules

The program created 135 possible structures. Only one of them matched the experiment. It is worth noting, that the algorithm is extremely efficient in predicting other crystals. The researchers had the task of completing detailed analysis of the output data of this program, including the geometry of 135 structures and the laws of molecular construction to correct the methodology of predicting crystalline structures.

“As a result, we selected a field of force which included a number of parameters with equally-weighted bond lengths, valence angles, force constants, and a few others. Then we applied it to working with the next molecule (the triiodobenzene range). Comparison with the experiment showed that in this case, there were more matches. In other words, we are more likely to obtain structures that fit the experiment. This was the task of our project – to see how fields of force will work with predicting other crystals,” stresses Aleksandr Dyakov. “If we correctly understand how the algorithm works and which characteristics are necessary to create structure-forming interactions in crystal structures, then we can say that we are successful.” 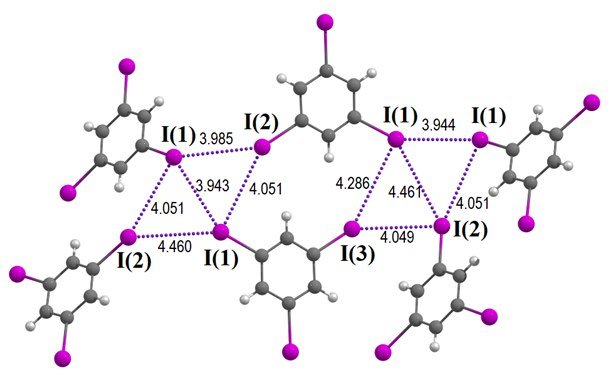 New Possibilities – Theoretical Prediction and Closing in on New Materials

The field of force created by the researchers makes it possible to create a certain type of interaction between crystal molecules. It can be used in working with different molecules in which, for example, halogen interactions are formed. Depending on the packing of the molecules, useful properties of structures will manifest themselves differently, and this is the practical significance of the research.

“The task of predicting the crystalline structure of materials with non-linear optical characteristics depending on how the molecules are placed in the crystal is very important. If we need some kind of material with non-linear optical characteristics, we can predict its crystal structure, and based on this we can verify whether or not it has the theoretically-predicted structure with the necessary properties. This is a less expensive process than experimental determination.”

The field of force created by researchers of the Institute of Natural Sciences makes it possible to describe a given molecule in terms of its electron properties, interaction with its surroundings, and more. The algorithm of the USPEX program which predicts the crystalline structure of a given bond will use a selection of parameters of this field of force. These developments can be used in practical materials science, where it is necessary to select a substance with pre-set properties, and will allow to greatly narrow the search for it.