Development of the Arctic Region and Siberia: Intelligent System for KAMAZ Is Being Created at SUSU Developing regions with severe climates is one of the most topical issues, especially in Russia featuring 4 climatic zones. Scientists from South Ural State University are working on improving motor trucks. Their modifications equipped with an intelligent system will be used for development of the Arctic Region and Siberia.

Project on Engineering an Intelligent System of Power Distribution in Transmissions of Motor Trucks was awarded a grant at Forward to Discoveries 2017 contest. At present the team of scientists of the SUSU Polytechnic Institute is at the final stage of the project’s fulfillment. The author of the project and student at the Department of Wheeled and Tracked Vehicles Aleksandr Shelepov tells us about how motor trucks will be improved. 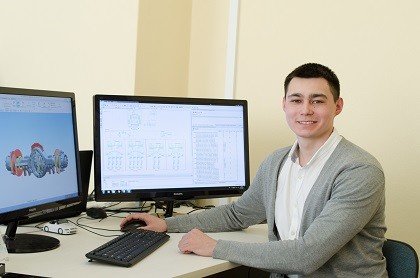 “Our goal is to improve off-road performance and fuel efficiency of motor trucks by controlling power distribution between the drive wheels. We are using the developments of the control system for kinematic connections in transmission, application of braking torque to slipping wheels, and fuel feed control. A transmission includes the following mechanisms: gearbox, distribution gearbox, cardan drive, final drive, differential, drive gear of drive wheels. The main task that a distribution mechanism should be solving is elimination or limitation within the prescribed limits of the degree of skidding. This may be achieved by using adjustable (active) transmissions with correctly selected control algorithms.” 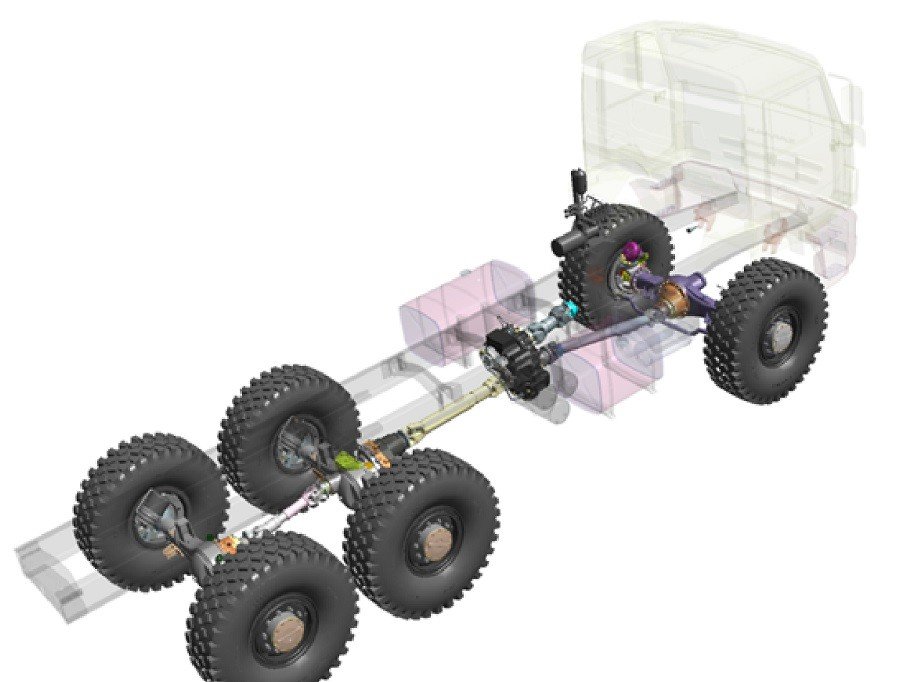 All the known control algorithms start working when an undesired event (skidding of a drive wheel, for instance) has already occurred. Moreover, changes in the road conditions are not properly taken into account. The new algorithm will allow to improve controllability, stability and fuel efficiency of all-wheel-drive vehicles. This task can be fulfilled by rationally distributing power between the wheels.

The algorithm of controlling the system of power distribution was obtained through simulation modeling. The mathematical model was developed by engineer of the SUSU Center of Computer Engineering Rustam Sayakhov. 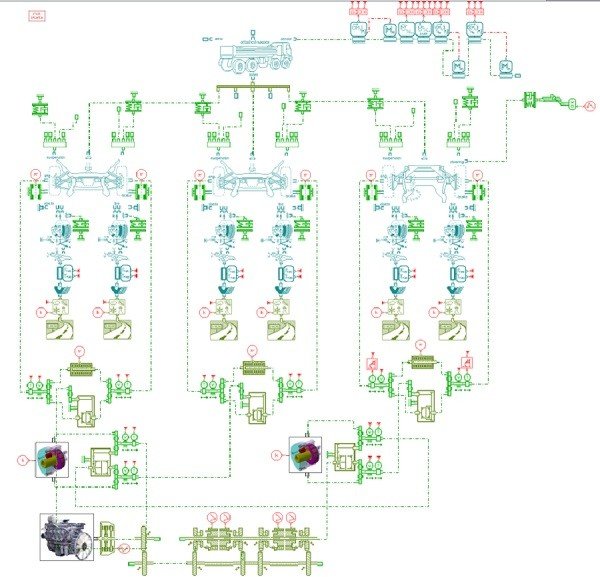 Mathematical model of a motor truck designed in LMS Amesim

“Having obtained the control algorithm we built a 3D-model of transmission representing parametric models of units and major component parts of an actual vehicle. In other words, there is a car and its electronic “twin”. We created an electronic copy of an item of the future system which may be used as a base for manufacturing a test prototype. Thus, we can now perform tests and reveal disadvantages, remove them and take into account all nuances. A mathematical model gives an opportunity to understand how a vehicle will behave in actual road conditions,” explains Rustam Sayakhov.

A mathematical model of movement should display all physical properties of a vehicle, contain description of parameters and characteristics of road conditions, and take into account speed limitations and safe driving conditions. This data is necessary for engineering an automated system of switching on the all-wheel-drive in motor trucks, such as KAMAZ.

Further on the scientists are planning to release a set of drawings based on which a prototype will be manufactured to be tested in real conditions. The intelligent system for all-terrain motor trucks will allow to make the process of development of territories with severe climates a bit easier. As a priority the improved vehicles will be testes in Siberia and the Arctic Region.