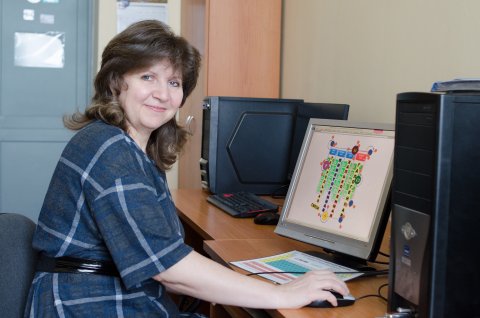 Transformation of modern views of the physical-chemical construction of the structure of matter is one of the most important modern tendencies in chemistry. Researchers from South Ural State University are working on this breakthrough area. New fundamental knowledge of chemistry will become a launch pad for the next stage of the development of materials science, and digital chemistry technologies will accelerate the spread of practically-significant ideas.

One of the main projects of SUSU’s international Laboratory of Large-Scale Modeling of Multi-component Functional Materials is the multidisciplinary research of the properties of chemical bonds and intermolecular interactions located at the crossroads of chemistry, physics and information science. Yekaterina Bartashevich, Head of the Laboratory, Doctor of Sciences (Chemistry) spoke with us about the work that has been completed.

From Molecules to Intermolecular Interactions

“At the end of the 20th century, chemistry researchers confirmed that a molecule determines characteristics of matter. This confirmation does not fully eliminate, however, the issue of the microscopic nature of chemical-physical properties. Coming across diverse structures of crystalline and polymer materials and condensed environments, we understand that these characteristics will be determined not only by a set of molecules, but also by how they are connected to one another. So, the scientific community is attempting to systematize information on chemical bonds to move towards algorithms which predict the construction of multi-component bonds. This is also enabled by the interest to materials based on organic bonds, to components of solar batteries, electro-optical properties of liquid crystals, and medications. To develop recommendations for the synthesis of new functional materials, we must, first and foremost, systematize the knowledge of how particles of matter can interact with each other, and learn to use this data.”

2019 has been named the International Year of the Periodic Table of Elements. At present researchers in the field of intermolecular interactions are building their own periodic system. This systematization is based on the common properties of elements in a series, and determines how molecules of matter will interact with one another. A practical view from chemistry on the physical-chemical basics of matter are the basis of such research. 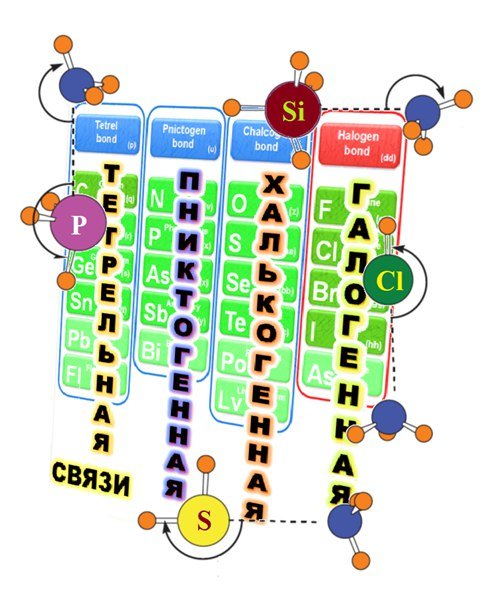 The division of intermolecular interactions into halogen, chalcogen, pnictogen, and tetryl bonds is a new look at the periodic system. The official definition of halogen bonds was given the IUPAC (the International Union for Pure and Applied Chemistry) not so long ago, in 2013. Researchers from South Ural State University were among the first ones to work in this area. They participated in the 1st International Symposium on Halogen Bonds ISXB-1, which was held in Italy. Two years later at ISXB-2 in Sweden, Yekaterina Bartashevich’s presentation excited great interest and earned recognition among the international scientific community. One of the projects of the Laboratory of Large-Scale Modeling of Multi-component Functional Materials is supported by the Russian Foundation for Basic Research.

“Without question, the tasks of modeling the characteristics of matter are of an interdisciplinary character. If chemical knowledge is combined with other knowledge from, for example, quantum crystallography, and uses supercomputer calculations, this will help researchers master scientific priorities. In February 2018, our work with professor Vladimir Tsirelson from the D. Mendeleev University of Chemical Technology of Russia was published in the top-ranking scientific publication Journal of Computational Chemistry. The study of molecular crystals with halogen bonds and searching among them for new structures with nonlinear-optical properties is being conducted with professor Artem Masunov from the University of Central Florida (USA). Our research group which includes young researchers from SUSU Irina Yushina and Aleksandr Dyakov has set the goal of developing the maximum volume of information using evolutionary algorithms. In this new field there are both many issues and many possibilities.” 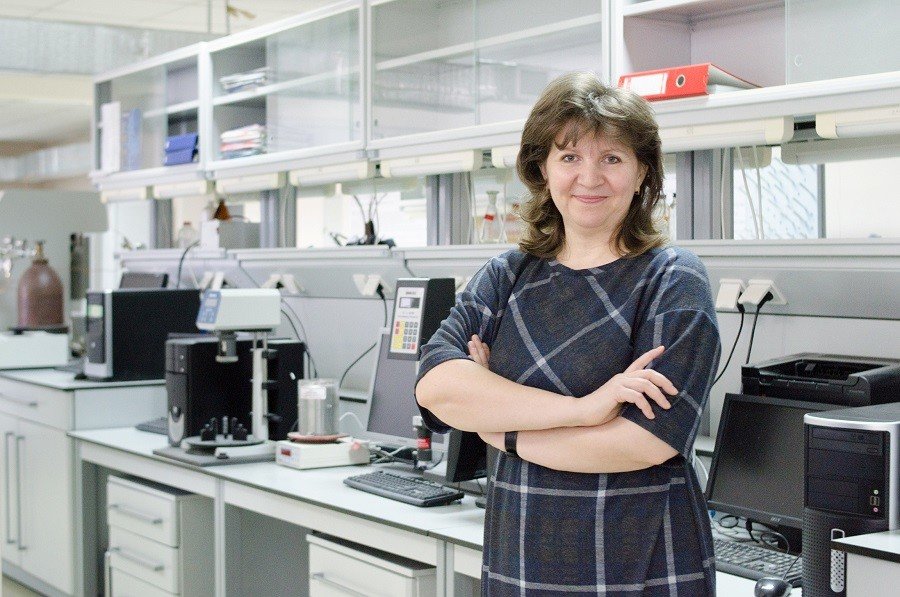 Intensive study of the properties of chemical bonds is impossible without digital technologies and is directly related to introducing results into practice. Actually, at this stage in chemistry, the fundamental building blocks are being laid which are necessary for constructing new materials.