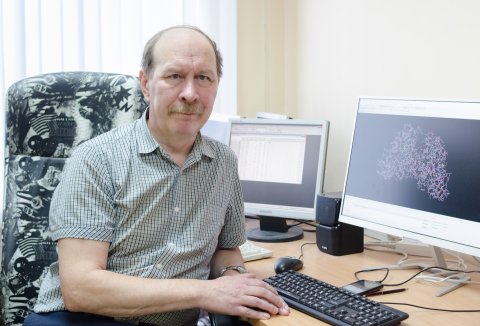 Today, nanoparticles are used when creating solar batters, in nanoelectronics, and biotechnologies. But as believe scientists at South Ural State University, the closer attention should be paid to nanoparticles’ use in medicine.

A new method of analyzing and predicting physical, chemical, and biological activity of nanoparticles has been developed at the SUSU Laboratory for Computer Simulation of Medicinal Products. Its advantage over existing methods is in the speed of calculations: it becomes possible to study models of nanparticles consisting of tens of thousands of atoms, while other methods allow for the study nanoparticles consisting of 100-200 atoms. Candidate of Chemical Sciences, Associate Professor Vladimir Potemkin, told us about research of nanoparticles, conducted by scientists at the present time.

Scientists will be able to predict the characteristics of new medicines

“Right now, we can study both nano-sized particles with their properties and electronic characteristics of protein molecules. Simulation of protein complexes with a medication will make it possible to understand the mechanism of the therapeutic effect of this said medication. In other words, we will be able to determine what it is acting upon in a ferment in order to block or activate it. Ferment is a biocatalysts which accelerates some chemical processes. For example, medications can block some ferment in bacteria’s organism and therefore affect its life activity. Or it affects immunoglobin in human blood and it becomes more active, and then we are fighting illness with resources of our own organism.”

In studying nanoparticles, the following characteristics of electrons are used: electron affinity, properties of reception and emission of nanoparticles’ electrodes, sorption activity, electron density values at critical points, etc. Critical points characterize the strength of atomic bonds and make it possible to determine the nature of biological activity or the mechanism of occurrence of a given physical or chemical property. One of the research fields in the Laboratory for Computer Simulation of Medicinal Products is analyzing the critical points in cytochrome P450 complexes. These complexes of proteins in our body which are located in the liver and in the lungs are responsible for detoxification. 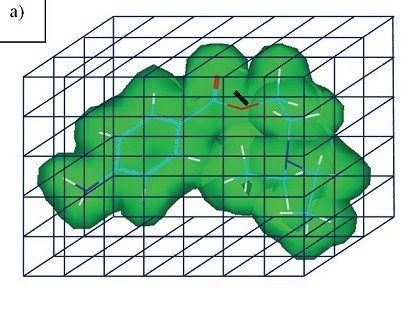 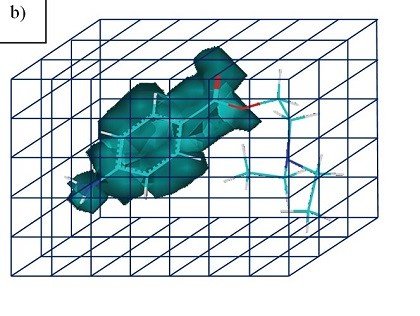 “When a toxin enters the human body, cytochromes P450 are responsible for its oxidation and removal from the organism. Therefore, study of these complexes is very important. We are trying to understand how detoxification occurs and due to what interacts toxins are oxidized. This is also interesting for the creation of medications. The liver takes any medication as an alien substance. When developing medications, it’s important not only to analyze the targeted effect (for example, anti-tumor): researchers have to determine if it will reach the affected cell or if it will get oxidized in the liver and lose its medical properties. In addition, the opposite effect occurs. For example, substances which are not medication become one when interacting with cytochromes. These are prodrugs, and the most well-known of them is aspirin.”

Researchers are studying physical and chemical properties of nanoparticles as well as their biological activity. For example, titanium dioxide of certain sizes favors the occurrence of cancer. Forecasting carcinogenicity and toxicity of nanoparticles for the organism is one of the most important and topical goals.

“We are searching for various properties of nano-sized particles and trying to simulate them. For example, some nanoparticles can be used as microcapsules for medications. The medication is located in a nanotube, is transported, and then enters the organism. Nanotubes allow retaining the medicinal properties of substances and, at the same time, are used for precise delivery. Such nano-sized capsules are called nanolifts. In addition, some nanocapsules pierce the membrane of affected cells for the medication to enter them. These are called nano-syringes.”

“Towards the creation of new medications”

This research also includes the study of protein molecules with similar structures. This is necessary because in many cases, the proteins upon which medications are acting are present in both healthy and sick cells. By determining the difference between them, researchers will be able to develop a medication that affects different areas. In this way, it will be minimally toxic for the human body and maximally toxic for cancerous or bacterial cells.

The method of analysis and forecast of physical, chemical, and biological activity developed by SUSU scientists is currently being used by the online calculation site www.chemosophia.com. To calculate anti-tumor activity, it is necessary to upload the shape of a molecule and input the proper command. Right now, the site is used by around 1800 individuals and has existed since 2013. The most popular calculations are related to biological activity. In addition, the site makes it possible to determine boiling and melting point, acidity, electron density, and more. Research on the physical, chemical, and biological activity of nanoparticles is the path to creating new medications, emphasizes the SUSU researcher. This resource is totally free and has a wide range of possibilities.