In September of 2017, South Ural State University, one of the largest and the most well-known universities of Russia, launched a new international education program of double master’s degree study in the specialty of “ Electrical Power Engineering and Electrical Engineering” (specialization in “Complex use of renewable sources of energy”).

The program is implemented in cooperation with the North China Electric Power University (NCEPU, Beijing, PRC); it is functioning as one of the SCO Universities’ program and is financed by both grants of Chinese government and budgetary assignations of the Russian Federation allocated for SCO universities. The program is intended for three years of study: two years in Russia and one year in the PRC. All classes are taught in English. After finishing the study, students are planned to obtain diplomas of the two universities: South Ural State University and the North China Electric Power University. 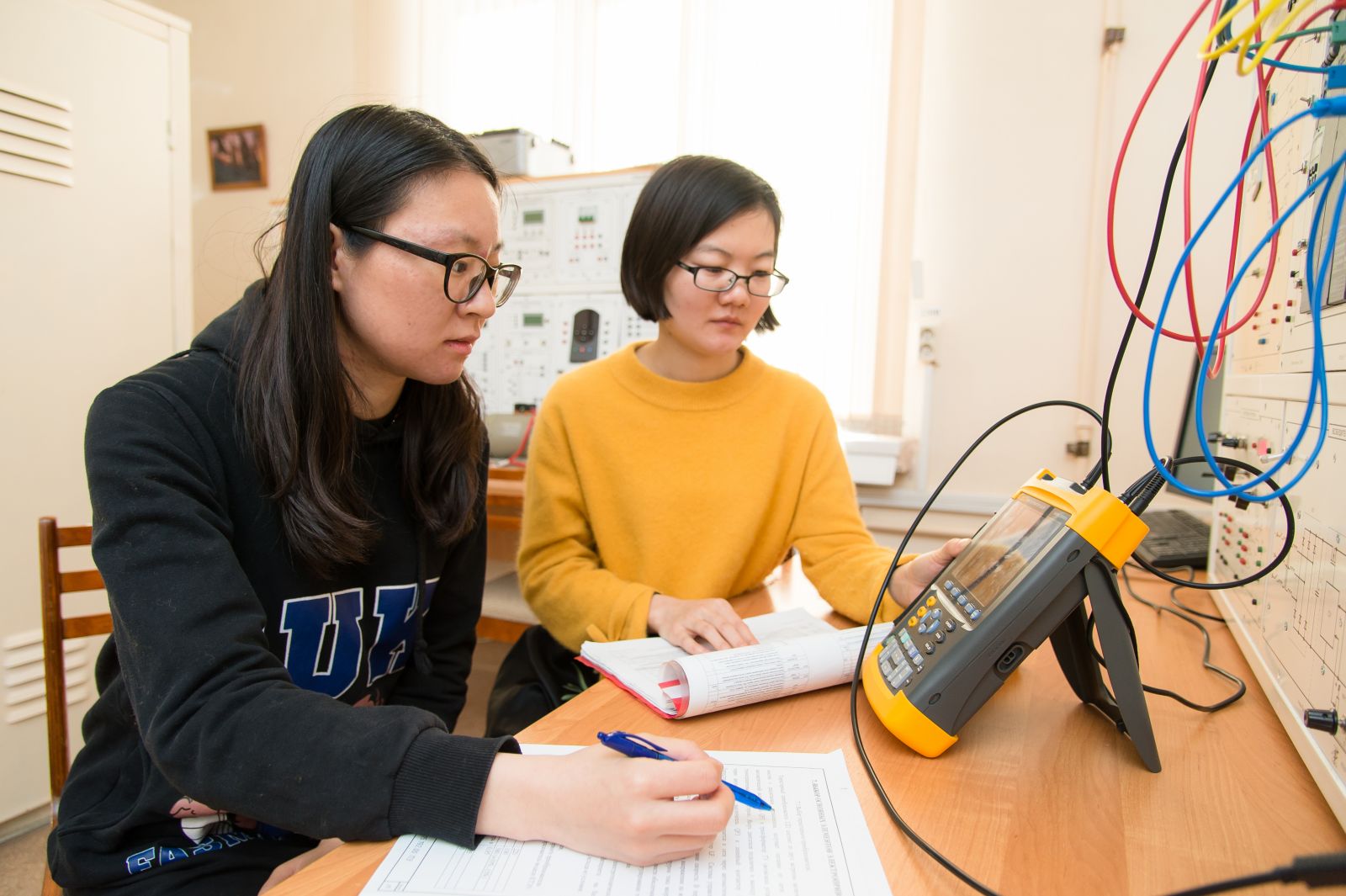 The new program has been launched at the Department of Electric Drive and Industrial Automation of the SUSU Polytechnic Institute’s Power Engineering Faculty. Combining all the best in educational traditions of the two countries, the program not only allows obtaining fundamental knowledge in the sphere of power engineering and IT development of production but also implement them in the leading laboratories of China and Russia. Master’s degree students have the best experimental platforms of the Power Engineering Faculty at their disposal, among which the Laboratory of Automatic Electric Drive, the Center of Computer Technologies and Digital Control Systems in Industry, the Laboratories of Microcontrollers and Automation, Microprocessor Equipment and Digital Control Systems, etc.

South Ural State University, traditionally strong by its connections with the region, gives Chinese students the opportunity to work with Russian equipment existing at the university’s laboratories. For example, within the frameworks of the study, it is planned to carry out an experimental research of electric drives, systems of dust and gas conditioning in power engineering and the industry. Part of laboratories was created in cooperation with the world’s leaders in the sphere of automation, digital transformations and power engineering, such as, for example, Emerson, Schneider Electric, Festo, and Kaspersky; working there allows students get the skills necessary for enhancing their competitiveness and being in demand at the labor market in the global economic environment. The Chinese university, in turn, offers students to work in key state laboratories of energy systems with renewable sources of generation.

“All department of the Power Engineering Faculty took part in creating the program,” explains Head of the Department of Electric Drive and Industrial Automation, Aleksandr Shishkov. “According to study plan, students are going to study various types of renewable power engineering, special systems of automated electric drive of standard industrial mechanisms, industrial safety, information systems in industry, possibilities of the industrial Internet of Things and digital transformations in power engineering, industrial networks in systems for controlling electro mechanic complexes, modeling of electromagnet and thermal processes in electro mechanic devices, electric machines of special purpose, and  other disciplines within three years.”

Students from China, who have been studying at SUSU for half a year, shared their impressions of the program: 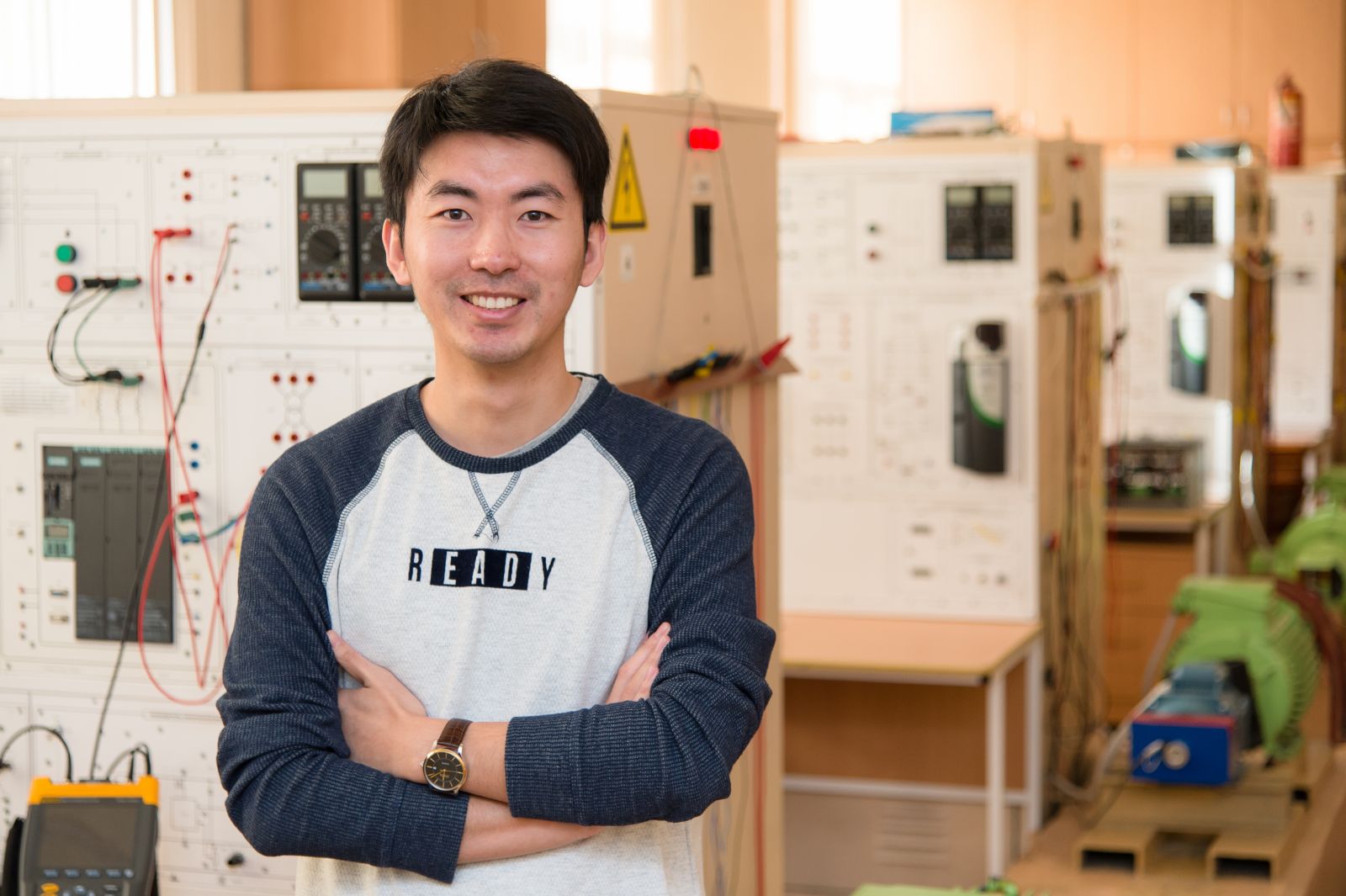 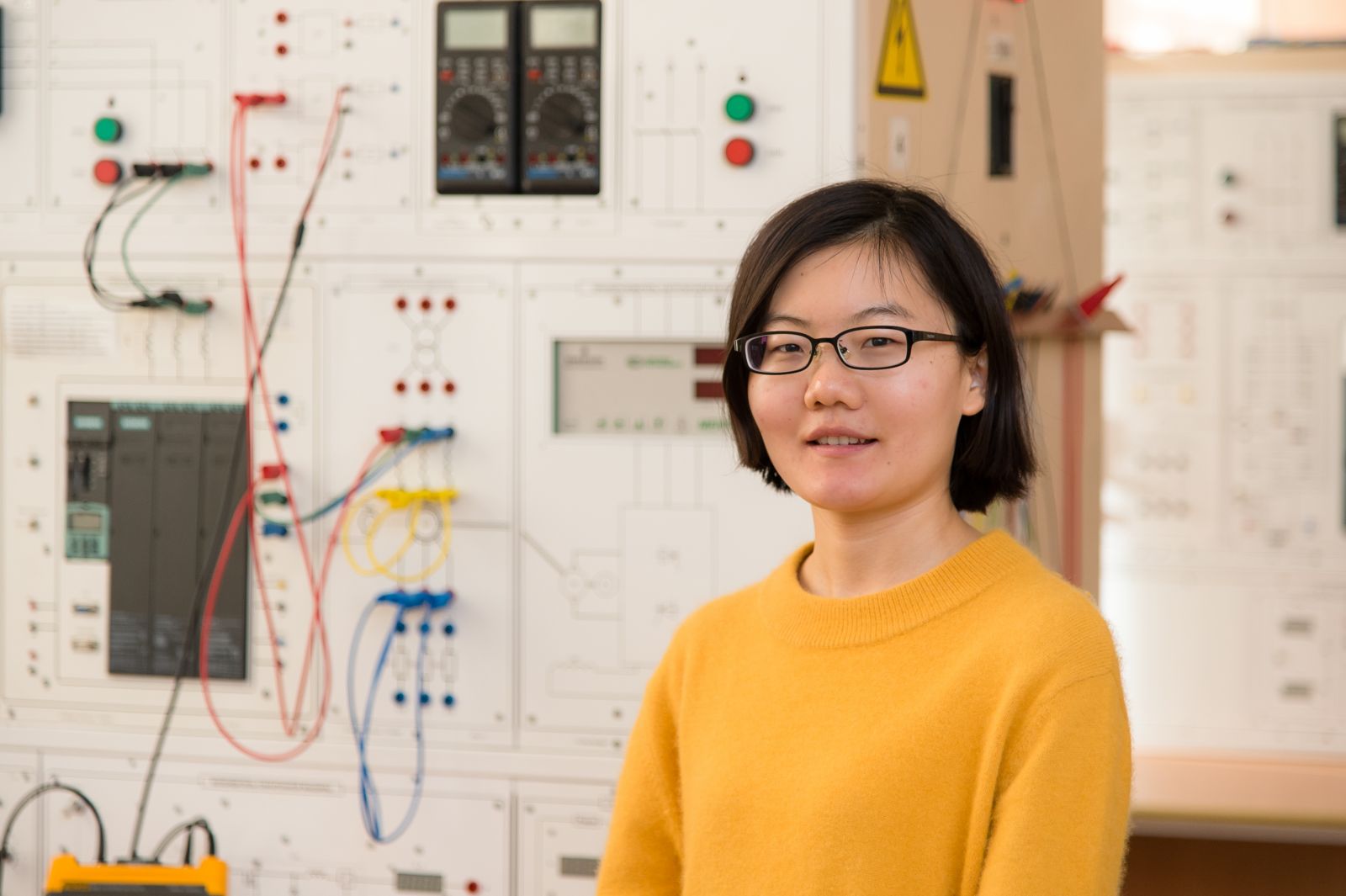 “I would like to thank all our Russian pedagogues and leadership of the Faculty, where we are studying, for their hard work and thorough supervision. Thank you! When the time came to make a decision about the opportunity to continue education in Russia, I thought about the fact that nowadays Russia and China are going towards progress hand in hand, and this is very inspiring. This is an important period in the history of development of relationships between our countries. This is a perfect time for both Russian and Chinese to be friends, climb up the career ladder, and organize joint scientific research.

I came to Russia to experience first-hand the difference of cultures and education models. Besides, I am a fan of Russian language, and the visit to Russia provides excellent opportunities for detailed study of the language and for practicing it.

Most of all in Russia I was impressed by friendliness of students and teachers and their readiness to help. Despite multiple cultural differences between us, the teachers put a lot of efforts so that we better understood theory and practice. This was very touching for all of us.

When the really difficult puzzling problems started, Russian-English translator helped us and the university professors to understand each other. Teachers and assistants from room 161 are always ready to help in any, even the most difficult, situation. We really appreciate your sincerity and kindness.”

“I like many things here. For example, interesting subjects, high quality of education, and the magnificent university building. It’s an honor for me to study at SUSU on the double Master’s degree program. Partnership between SUSU and Chinese universities has been going on for many years already. I very much like Russian culture, Pushkin’s poetry, compositions of Tolstoy and Gorky, music of Tchaikovsky. These are masterpieces of literature and art. Therefore, when a teacher in our home university told us about the program, I decided to participate right away. I was looking forward to come to the exotic-for-me Russia. But most of all I like local people. They are always ready to help, they are very friendly and open.”

Quality of education program in Russia is determined by a very strong academic potential of SUSU. Along with young teachers, here are lectures held by an expert of the UN Framework Program on research and innovation entitled “Horizon 2020” in the sphere of renewable power engineering, Doctor of Engineering Sciences, Professor Evgeniy Viktorovich Solomin, and by inventor of the non-contact radiogram technique, Doctor of Engineering Sciences, Professor Vladimir Lvovich Kodkin. The first group of students from the North China Electric Power University started studying at SUSU in September of 2017.

Nowadays, renewable power engineering becomes more and more popular in China, as one of the most eco-friendly variant of power generation for life and industry. This is one of the reasons why the new double degree program of SUSU is in-demand among Master’s degree students from China. This is also one of the reasons why South Ural State University hopes to hold a conference on renewable power engineering under the aegis of International Institute of Electrical and Electronics Engineers (IEEE, Scopus/WoS based) under support of the new partner – the North China Electric Power University - in October of 2018.