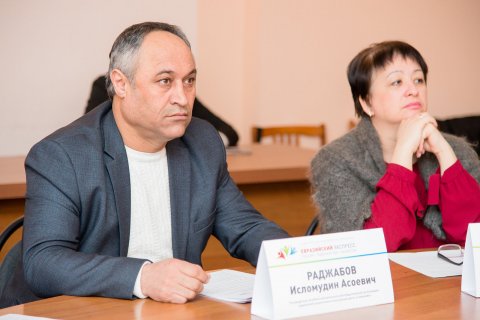 The contest was launched at the initiative of student movement “Eurasian Express” which organizes socio-cultural and educational events in Russia and Tajikistan. At the presentation a speech was delivered by the Head of Rossotrudnichestvo in Tajikistan Mikhail Vozhdaev. He asked to support the youth initiative and stressed that university environment is a fertile soil which easily produces new ideas. That is why it is important to organize young students, shape and strengthen their creative potential.

SUSU Professor Viktor Katochkov characterized the main milestones of collaboration between the two kin countries over the recent quarter of the century. According to his opinion “over this period Russia and Tajikistan have gained valuable experience on interstate interaction in economical, military-and-political and humanities fields, and have formed institutional mechanisms of collaboration. It is crucially important to keep developing this.” 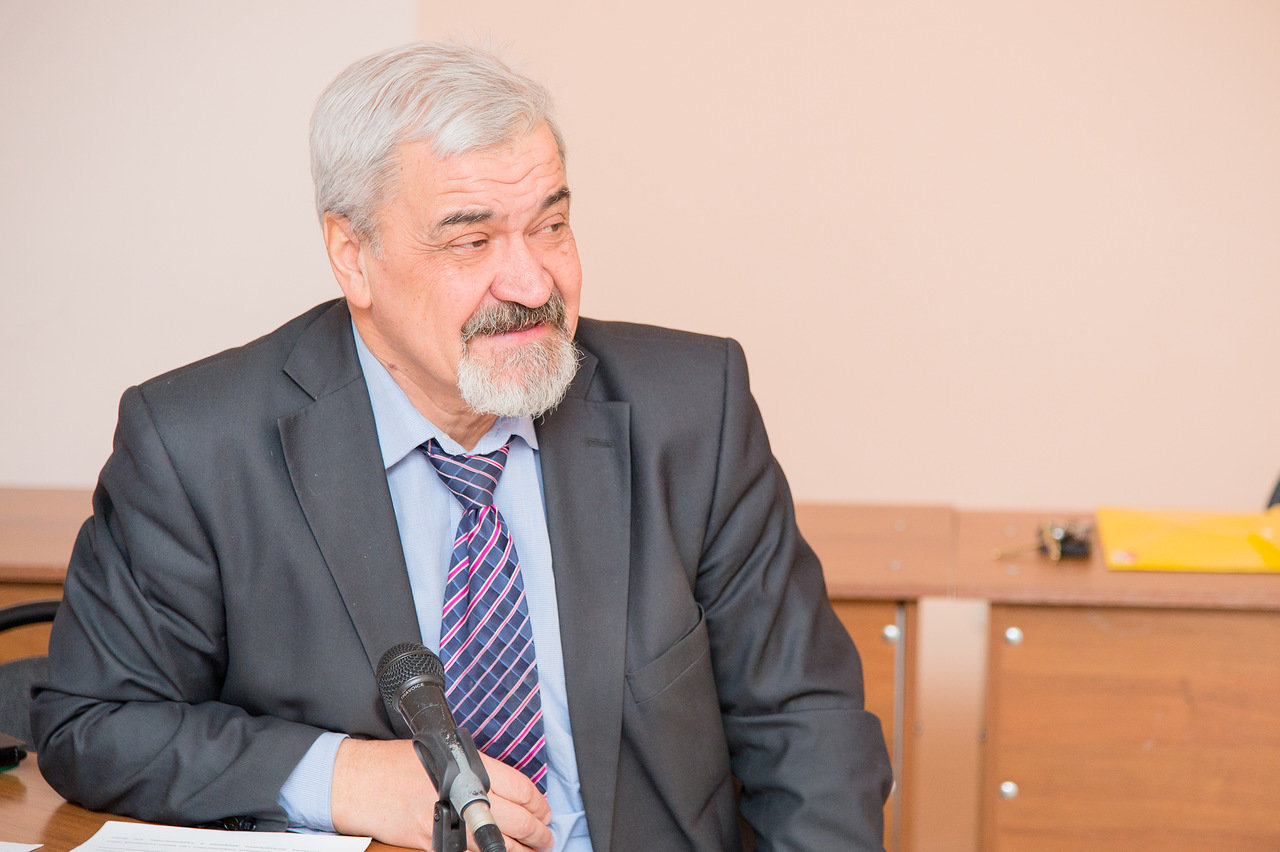 On part of Russia, the contest was held both at the Foundation “Eurasian Community” and National Research University South Ural State University. On part of Tajikistan, Tajik Technical University named after academic M.S. Osimi participated in the presentation. Its representative, the Head of the Center for Advanced Training and Personnel Re-training Gulnora Anvarova drew attention to the importance of such contests since participating in them “…allows to spread objective information about the home country: about its successes and achievements, care for its veterans, kindness and wisdom of Tajik people”.

The Head of the Regional Public Organization “Somoniyon” Tajik National and Cultural Center Islomudin Radzhabov greeted his fellow countrymen in their native language. He urged young people of Tajikistan to actively participate in this contest and noted that “great work has been completed by the “Eurasian Express” which was a joint effort of national expat communities, civil and expert community, and youth of the two countries”.

An activist of the student youth movement “Eurasian Express” and student of the Dushanbe Brach of Lomonosov Moscow State University Shukrullo Khudoiberdiev shared on the results of work and plans for 2018. He described the movement’s objectives and suggested to hold the contest’s final in Dushanbe at his university in the context of big interest of students in international collaboration.

The Head of the Department of Marketing, SUSU Professor Irina Okolnishnikova presented the contest’s categories: “Youth Entrepreneurship: Developing Socially Conscious Business”; “Common Great Victory: Celebrating the 75th Anniversary of Victory in the Battle of Stalingrad and the Battle of Kursk”; “Interfaith Dialogue in Central Asia: Towards Peace and Harmony”.

The Head of the youth movement “Rokhi Vakhdat” (Road of Unity) from Dushanbe Gulnora Amirshoeva told about her work and youth car runs around Central Asia. Their goal is studying culture and way of life of peoples and developing communication. As Gulnora Amirshoeva stressed, these projects mostly have common tasks and should correlate. An idea was suggested to organize a car run along the route “Dushanbe – Chelyabinsk”, which received active approval by the presentation participants.

Deputy Chairman of the Chelyabinsk Region Peoples’ Assembly Sergey Bredikhin noted that modern means of communication on the Internet should be used for good causes. The key to the contest’s success is its active promotion on the Internet. 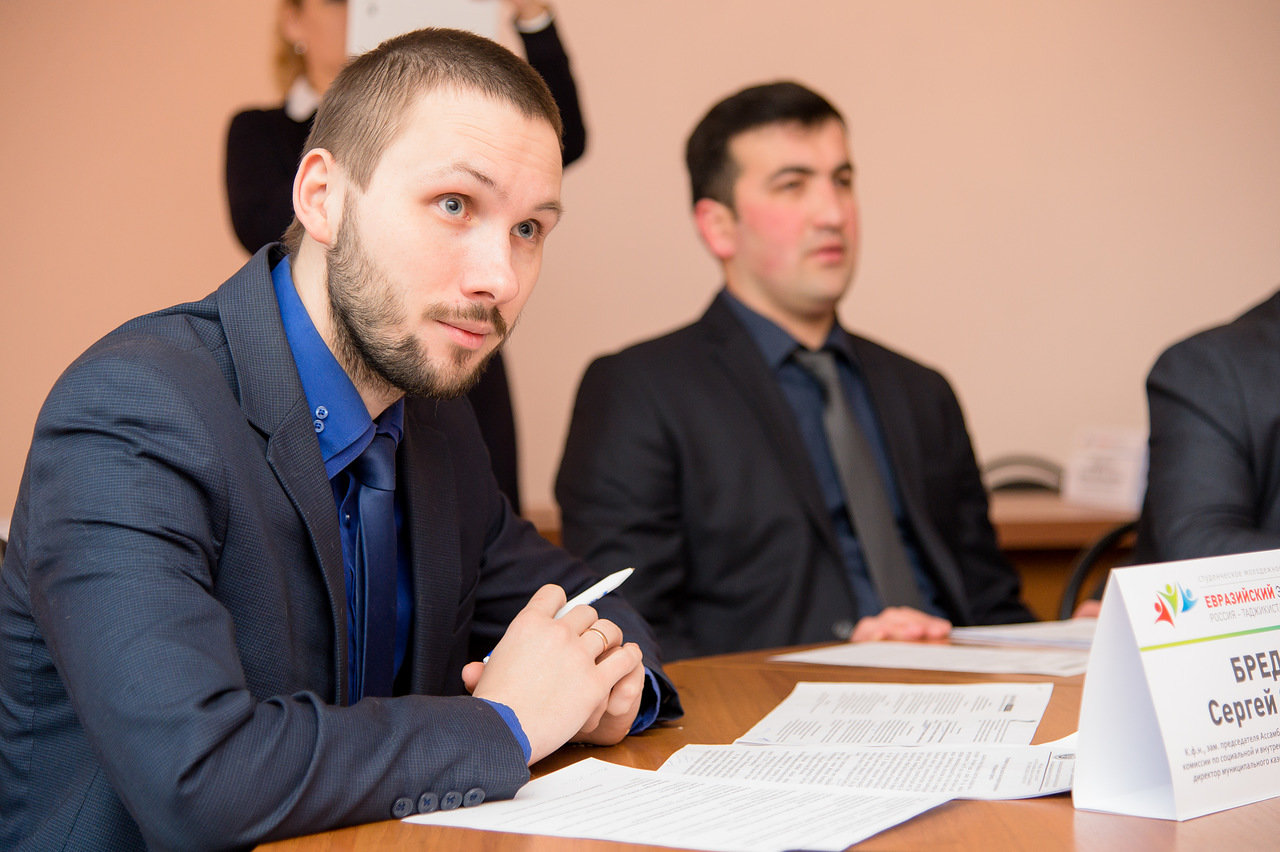 “The Chelyabinsk Region Peoples’ Assembly and the Center of National Unity will render all the assistance needed for popularization of this contest,” concluded Sergey Bredikhin.

The speech by Tajik expert Pulod Azimov, a specialist on the issues of trade and economical cooperation, sparked great interest. The expert noted that big prospects are opening for youth entrepreneurship today.

“Young people have a fresh eye on business, they have their own vision. It is namely young people who should create joint ventures and develop export potential of our two countries. Indeed, only having built strong economies our countries will be able to take a quality leap forward and be confident in promoting our geopolitical interest at the international arena.”

The importance of cultural interaction between the peoples of Russia and Tajikistan was stressed by an activist of the youth movement “Eurasian Express” Dilovar Gulov.

The presentation participants concurred that it would be reasonable to expand the launched contest of youth projects to other countries of the Central Asia region. The representatives of Chelyabinsk and Dushanbe believe that business and friendship contacts between students of our countries will allow to fulfill interesting projects, what would facilitate promotion of ideas and values of Eurasian integration among young people