Augmented Reality Technologies Being Implemented into Education Process in Russia 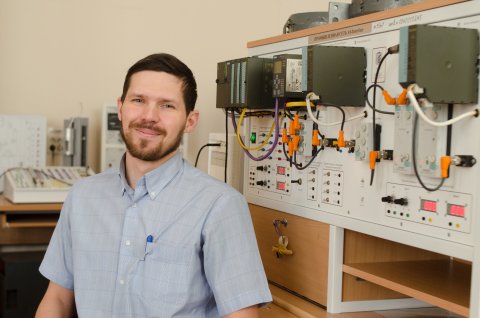 In the not so distant future there will be a new technological wave in industry thanks to the fourth industrial revolution known as “Industry 4.0”. The transition from an industrial society to an information society will lead to changes in education. Already today in South Ural State University augmented-reality educational laboratory stands are being developed, thus implementing the fourth industrial revolution technologies into the education process.

Alexander Nesterov, Candidate of Sciences (Engineering), Associate Professor of the Department of Automatic Electric Drive at the SUSU Polytechnic Institute, thanks to his project on “Using Augmented Reality Technology for Innovation Educational Complexes” became one of the winners of the “Beginning of Big Science” contest held at SUSU under Project 5-100.

“Real world is the world around us, the one we are used to. Virtual reality is a reality created from scratch using modern computer technologies. Virtual reality uses special position trackers with displays (virtual reality helmets), which dynamically update the space that a user sees in the virtual environment, and virtual objects completely replace real surroundings of the user,” shares Alexander Nesterov.

Augmented reality is a real world which is “augmented” by virtual elements. A significant feature by which augmented reality differs from the virtual one is preserving physical world as a context in which virtual objects are set and with which they interact.

“Unfortunately, for now augmented reality is merely seen as a marketable toy, as yet another trick by marketing experts. However, its real potential is of gigantic scale. It’s a sort of a “bridge” between the real world and the virtual one. This is its main advantage as compared to the fully virtual reality,” states Alexander Sergeevich. 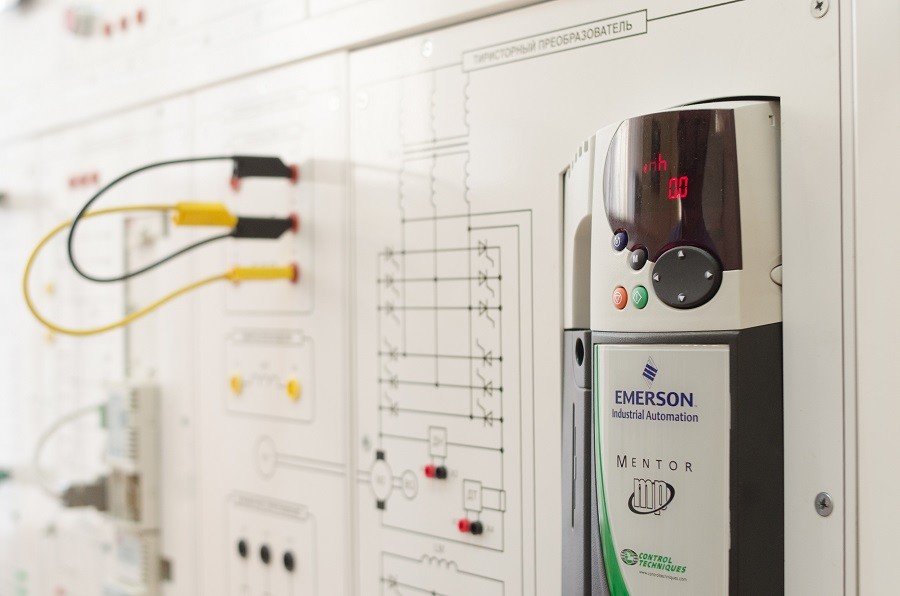 Using resources of the augmented reality in education, we may create a visual representation of the processes which are hard or almost impossible to reproduce by the means of the real world, or we could simply make the training process fascinating and easily understandable.

“I teach many courses. And at laboratory practicums I noticed that during the past two years modern-day students are using paper guidebooks not so often now, they prefer their smartphones to those,” shares Alexander Nesterov. “So, I decided to create a hints application, so that students could directly work with the laboratory stand and receive all the instructions and methodical hints via their gadgets in this most convenient form.”

Multiple research studies prove that human brain is designed to process images and not text. Having analyzed the current situation in education the SUSU scientists came to a conclusion that at present using augmented-reality laboratory stands will help achieve best results while training modern-day students who are used to electronic devices from their childhood.

“It’s no secret that due to their age it is difficult to many teachers to learn to use modern IT technologies, which school pupils and students are so used to. Augmented-reality laboratory stands will aim at eliminating this gap: a stand will still look the same, and its elements and parts will act as markers identified by the augmented-reality application,” explains the SUSU Associate Professor.

To create an augmented-reality application, the SUSU scientist uses special software Unity and Unreal Engine (these are instruments for designing 2D and 3D applications and games), as well as Vuforia platform, which allows the application installed at a mobile device with a camera to “see” and identify various objects, images, texts and markers located on them.

The Future Is in the Augmented Reality

“Successful fulfillment of this project will allow to create a new class of training laboratory equipment helping to significantly improve the efficiency of education process, and moreover, will allow to use the experience gained under this project for producing augmented reality-based production control systems for various sectors of industry,” believes Alexander Sergeevich.

Within the framework of his work under this project Alexander Nesterov is successfully collaborating with postgraduates and students of the SUSU Polytechnic Institute. In 2017 the “Augmented Reality Laboratory Stand” took a prize at an IT projects contest “IT-Breakthrough”, and won a contest of engineering projects under the Third All-Russian Engineering Contest for Students and Postgraduates held at S.P. Korolev Samara National Research University.

Presently, no one of the leading foreign manufacturers of education equipment (Lucas Nuelle, Festo, and others) offers laboratory stands featuring augmented reality, but they are already actively using this technology for their demonstration stands at various exhibitions and events, what yet again points to relevance of work by the SUSU scientists. The results of research by Alexander Nesterov have already been published in top-rated scientific journals “IOP Conference Series: Earth and Environmental Science” and “Communications” included in Scopus international citation database.