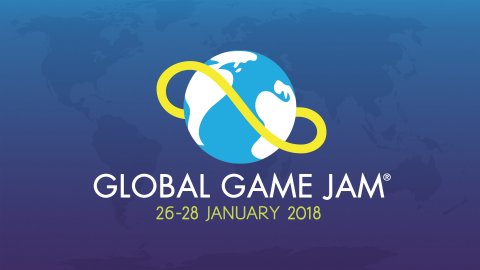 From 26th through 28th of January, the largest international competition in computer games development, the Global Game Jam, is to be traditionally held on the ground of SUSU School of Electrical Engineering and Computer Science.

Participants of the GGJ are given 48 hours to form a team and create a game from the scratch on a given topic simultaneously with more than 20 thousand programmers, artists, game designers and simply game lovers from tens of countries!

Participation in Global Game Jam is the best way to start designing games, meeting like-minded people and implementing one’s own experimental ideas. Prototypes of such games as Surgeon Simulator, Lovers in a Dangerous Spacetime and Mushroom 11 have been firstly designed exactly at the GGJ, but subsequently they became commercially successful hits and obtained prestigious awards at the Independent Games Festival.

Moreover, Global Game Jam is also a great way to learn developing video games, because participants can be both newcomers and professionals; and all games of the past years and their source codes are available at the official GGJ website. Each year the quality of games designed in such a short period of time increases. It is hard to believe that they were created by a couple of men within 48 hours.

Sponsors and organizers of Global Game Jam are the largest IT companies and universities of the world: Facebook, Google, MIT, California Polytechnic State University and many others.

Sponsors of the event at SUSU became well-known IT companies of Chelyabinsk and Yekaterinburg: SKB Kontur, TAPCLAP, Caravan games and Laboratory of System Products. Professional developers from these companies not only will help participants of the GGJ to gather teams of like-minded people and select good ideas for games, but also award the best games with valuable prizes.

Anybody who wants to can take part in the contest, but the number of vacant places is limited; potential participants should preliminarily fill in an application form and register at the Global Game Jam website.