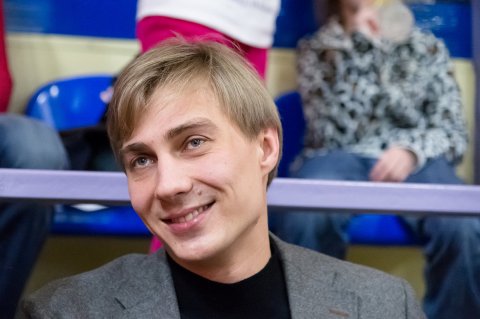 The movie Going Vertical (Dvizheniye Vverkh) showing the times of the Munich Olympic Games of 1972, premiered on December 28th, 2017. The legendary “three seconds” – a victory for the USSR basketball team, was a triumph.

Alexander Ryapolov is one of the film’s main characters and a graduate of the South Ural State University Faculty of Architecture and Construction. The actor discussed the beginning of his career in basketball, how he ended up in this film, and what he is thankful to his alma mater for.

– How did your basketball career begin? Where did you play and for which team?

– My coach Andrey Yezhov, who taught at SDYuShOR No. 8 (Specialized Sports School for the Olympic Reserve), brought me in to basketball. At first, I didn’t play very well, but in 11th grade I started to get better, and I truly fell in love with the sport. After 11th grade, the Dinamo-Teplostroy club was formed, and under the guidance of my first coach Andrey Gennadyevich and Mikhail Shtrakhov we started to play for DYuBL (Children and Youth Basketball League) when I was in my first year of university studies. Then I played for the Faculty of Architecture and Construction, where we regularly defeated our opponents. Towards the end of my education, in the fifth year of study, the Chelyabinsk team was created, and I was invited by the team’s first coach, Sergey Nechaev. At the end of the season, they couldn’t finance our team, and they disbanded, and I moved to Moscow. There, I tried to get in to the professional Lyubertsy team “Triumph”, but I was not accepted in to the youth team. Then, I began working in my professional field, became a foreman, ended up in a large bridge construction company, and worked there until the spring of 2015. At the same time I was playing for the amateur basketball team at the club RN-Okhrana, which is the championship team of Moscow and Russia for amateurs. I also played streetball in the “Scan” team, which won the League 33 championship, placed in the Russian championships, and won many Russian competitions and tournaments. Right now I play for the team “Bizony” with Nikolay Padius, European Champion of 2007.

– What should a basketball player be like? Tell us about their skills and qualities.

– The most important thing is to be hard-working and have the heart of a fighter who is never willing to be lazy in any situation but rather take all things to a successful end. And even if you lose, then it won’t be shameful, because you gave your all to try to win.

– How were you chosen for the role of Alzhan Zharmukhamedov?

– The director liked how I move and how I looked on camera. When he found out that I have some Central Asian roots like my character Alzhan Zharmukhamedov, he became even more sure of his choice. Also, thanks to my height, I move with ease, which is similar to my character’s movement.

– In the film you play number 7 like Alzhan Musurbekovich. Is this number significant to you?

– At one time I also played as number 7, and now I have played this number in a film about my hero. For me, this is definitely a good number, but nothing more.

– Before filming, you met with Alzhan Zharmukhamedov. Besides the qualities that you needed to play the character in the film, did you adopt any of his qualities for yourself?

– When I met him, I understood that we are very similar and that we share many qualities. But there is much to learn from him either way, because he’s a wonderful person.

– You were the only non-professional actor on set. What was the most difficult thing for you in filming and what did you learn quickly?

– There is nothing easy about working as an actor. Those who think that acting is the kind of job that anyone can handle are wrong. Because it is very difficult. Of course, there are some things that you understand immediately. If you had 3 academic degrees, you could learn a lot on the fly, but acting would still be difficult.

– The popular Chelyabinsk basketball club “Dinamo” has closed. Do you think that the release of this film will popularize basketball in Chelyabinsk again?

– I hope that this film will increase the popularity of basketball both in Chelyabinsk and all around Russia.

– What can you thank SUSU for?

– I really loved this university. First of all, it’s very beautiful; second, I studied in an elite faculty under an elite degree program, and I am proud that I ended up there. I want to say thank you to the Rector, all of the administration of the Institute of Architecture and Construction, the teachers, and the professors! 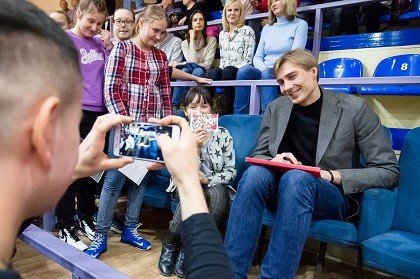 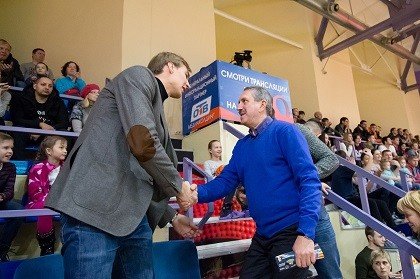