Number of Volunteers in Russia Increases 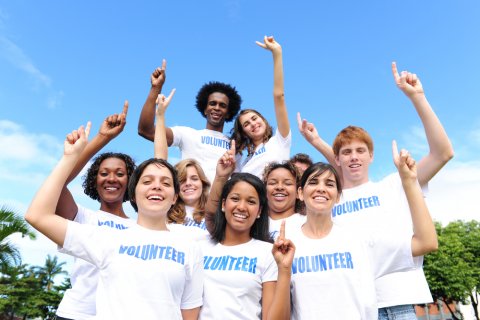 By the Decree of the President of Russia Vladimir Putin the year of 2018 has been declared the Year of Volunteer in the Russian Federation.

The Decree on holding the Year of Volunteer in Russia came into force on December 6, 2017.

The Minister of Education and Science of the Russian Federation Olga Vasilieva stresses that the volunteer movement has great potential.

“It is necessary that the volunteer movement today forms a socially important order for mass training of volunteer leaders capable of attracting creative intellectuals to volunteer work. For this we must keep shaping a relevant attitude to volunteer activity, open educational centers for volunteer training, develop and implement smart information policy,” the Minister believes.

The Volunteer Day was first officially celebrated in Russia on December 5, 2017.

According to data by Rosstat (Russian Federal State Statistics Service), the number of volunteers in quarter 3 of 2017 amounted to 1.4 mln. people. It is by 20% bigger than the number over the same period of 2016.

Rosstat registered that citizens of Russia spend an average of about nine hours a month on volunteer work. The majority helps children, elder people, and people with disabilities. Volunteers also collect rubbish and plant greenery in places of their residence, do charity fundraising, render free medical aid and legal assistance, help animals.

Detailed information on the volunteer movement, holding contests and organizing projects is published on the portal of the Unified Information System “Volunteers of Russia”.