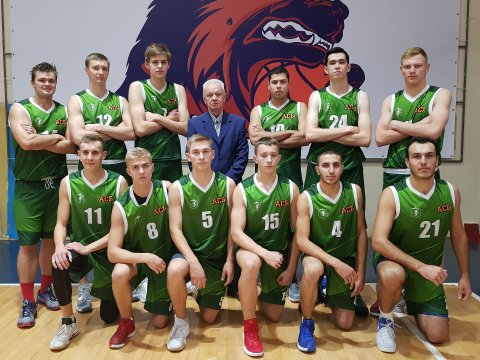 The first home game of the Chelbasket basketball team of SUSU is to take place today in Chelyabinsk under the aegis of the Russian Basketball Federation. The South Ural’s athletes will compete for the win against the Nizhniy Tagil team.

The game will feature a special guest, an actor and trainee of the Chelyabinsk school of basketball, Aleksandr Ryapolov who starred in the Dvizhenie vverkh (Going Vertical) movie as a player of the USSR national team, Alzhan Zharmukhamedov. The program includes an autograph-session, contests and prizes.

At the moment, Chelbasket basketball team is placed the third in group A of interregional competitions with 3 victories and 3 defeats. The Nizhniy Tagil with 5 victories is the leader of this group.

The game starts at 18:00 in sport building of the Palace of Pioneers and Schoolchildren named after Nadezhda Krupskaya (59 Sverdlovskiy prospect). On Sunday, January 14, the second game of the series is to be held. It starts at 14:00. Entrance is free of charge.