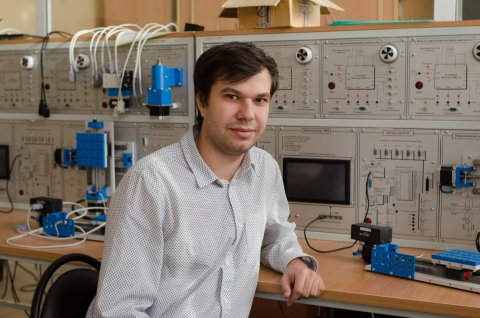 Joint work of South Ural State University and JSC SDB “Turbina” (a special design bureau, the only one in Russia and the nearabroad to be designing small gas-turbine engines and multifunctional gas-turbine power units) resulted in engineering of a line-up of 10 to 100 kW natural gas turbines in our country.

In the course of this project the SUSU scientists also tried to solve a task on producing a starter-generator for a turbine-generator on gas bearing. A postgraduate from the Department of Mechatronics and Automation of the SUSU Polytechnic Institute, research engineer of the Laboratory of Mechanical Engineering Artem Fedorov continued work in this field under guidance by Doctor of Sciences (Engineering), Professor Mikhail Tverskoy and Candidate of Sciences (Engineering), Associate Professor at the Department of Aircrafts and Automatic Units Viktor Fedorov. The research titled “Engineering Non-contact Tapered Gas Bearings for High-speed Rotor Systems” allowed Atrem Fedorov to become one of the winners of contest “Prospects of Science” held at SUSU under Project 5-100, and be awarded a grant for further research.

“Non-contact gas bearings are used in various high-speed apparatus, such as turbine-driven compressors, spindle units of metalworking machines, gyroscopes, and the like, that is in apparatus the rotary speed of which exceeds dozens of thousand rotations per minute,” explains Artem Fedorov.

A turbine rotor is one of the most important and stressed engine units operated at high whirl velocities and high temperatures of gas flow. In the context of high speeds standard types of bearing units (ball bearings) stop functioning properly. A powerful cooling system is required, which makes an apparatus more complex and significantly more expensive.

“The more various units an apparatus has, the less reliable it is to operate,” confirms the scientist. “A non-contact bearing allows to solve this problem. But the difficulty is that it is hard to design and calculate such bearings. You could pick ball bearings out of a catalogue, order them and install in any apparatus, but when it comes to gas bearings, these are designed individually for every project. The cost of producing each test piece is quite high, and the experiments themselves are also quite time-consuming and not that cheap.” 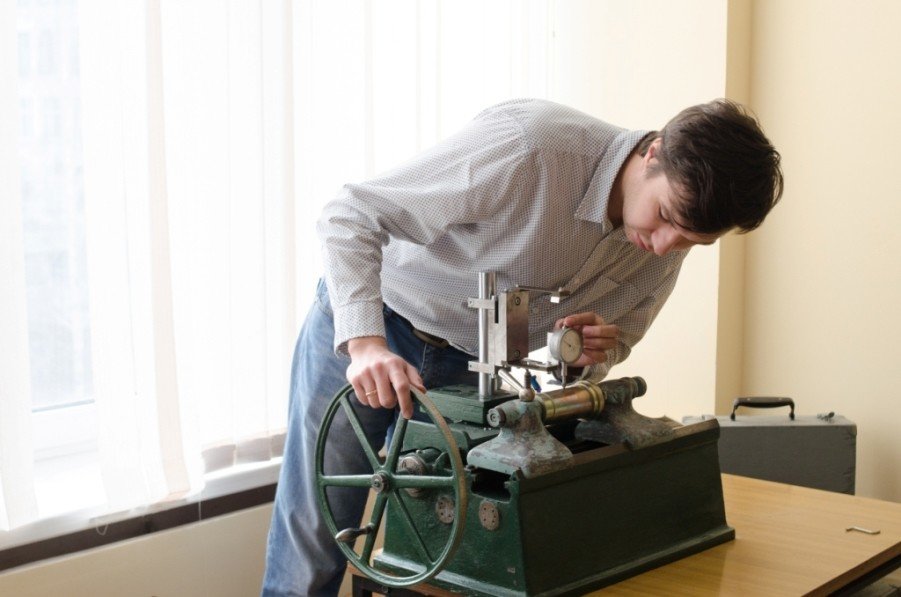 The work by Artem Fedorov in essence focuses on developing a more optimal method of designing of such bearings, which on one hand would allow to simplify the initial theoretical calculation in order to reduce time and costs required for it, but on the other would increase its value.

“The peculiarity of our bearing is that its geometry may be varied. That is gaps may be changed by certain means – increased or decreased – so the airflow rate and pressure will change respectively. Once one test piece is produced, we generally speaking can test it in various modes. Due to selected parameters it would be much easier for us to reach the target value,” states Artem Fedorov.

The tapered shape used by the scientists of South Ural State University is not standard. As a rule a radial roller bearing and the end-type one are produced separately, but tapered shape allows to combine these two units into one, and what is more – to additionally regulate the gap between bearing and rotor. This gap is one of the performance characteristics of this unit. Thus, having suggested a special structure and simplified theoretical calculation the scientists hope to considerably reduce the cost of all non-contact bearings and make their engineering much easier.

“By now we have come up with preliminary numerical calculations, a number of test pieces produced at the SUSU Laboratory of Mechanical Engineering, and stand instrumentation,” shares Artem Viktorovich. “At the moment we are already performing pilot tests, and have engineered a unified structure of the gas bearing for which a patent will be executed.”

The young scientist is planning to defend his Candidate thesis. The materials of the performed research are soon to be published in “Journal of Engineering for Gas Turbines and Power” – a leading journal indexed at Scopus, and having the citation index of 1.66 under “Mechanical Engineering” category. Moreover, Artem Fedorov plans to carry out research not only on gas bearings, but also on gas-dynamic bearings and hybrid bearing systems. Each of these bearings has its pluses and minuses, and combining them will allow to solve many problems of the industry.