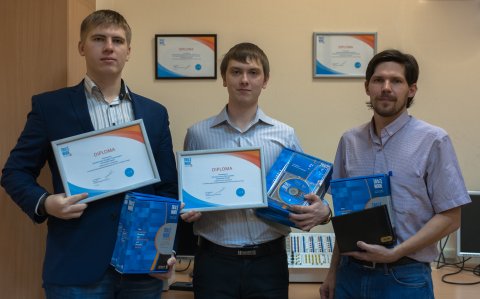 The Student SCADA Championship, organized by AdAstra Research Company producing the SCADA system called Trace Mode, is held extramurally, via Internet, which gives the opportunity for young people from different cities and countries to participate without extra expenses. This year’s Student SCADA Championship had 53 participants from 14 higher educational institutions and 3 secondary educational institutions of three countries.

Topic of the task for the SCADA Championship’s first round was connected with the 60th anniversary of the beginning of the space era (launch of the first artificial Earth’s satellite in the USSR). Accordingly, participants of the Student Championship had the assignment to develop software for the neutron monitoring system in a nuclear rocket engine of an interplanetary space ship using basic free version of SCADA TRACE MODE 6, and design the operator interface for supervising the process.

By the results of the Student SCADA Championship, Anton Buller took the second place, Andrey Zemlyanskiy – the third place, and Mikheev Mikhail was placed the sixth. At that, Anton became the only student who completed the task perfectly.

We congratulate representatives of the Department of Electric Drive and Industrial Automation: Anton Buller, Andrey Zemlyanskiy and Mikhail Mikheev, and Candidate of Engineering Sciences, Associate Professor Aleksander Nesterov who prepared them for the competition, on successful performance and wish them further success in their educational and professional activity.