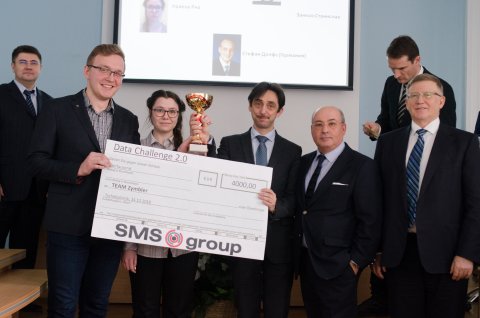 The awarding ceremony for winners of a contest for data analysis, SMS Group Data Challenge, which was held from September 1st through December 1st, 2017, was held on December 14th at South Ural State University.

The goal of the contest was to develop an algorithm which would predict sticking during the metal rolling process based on analysis of big data. 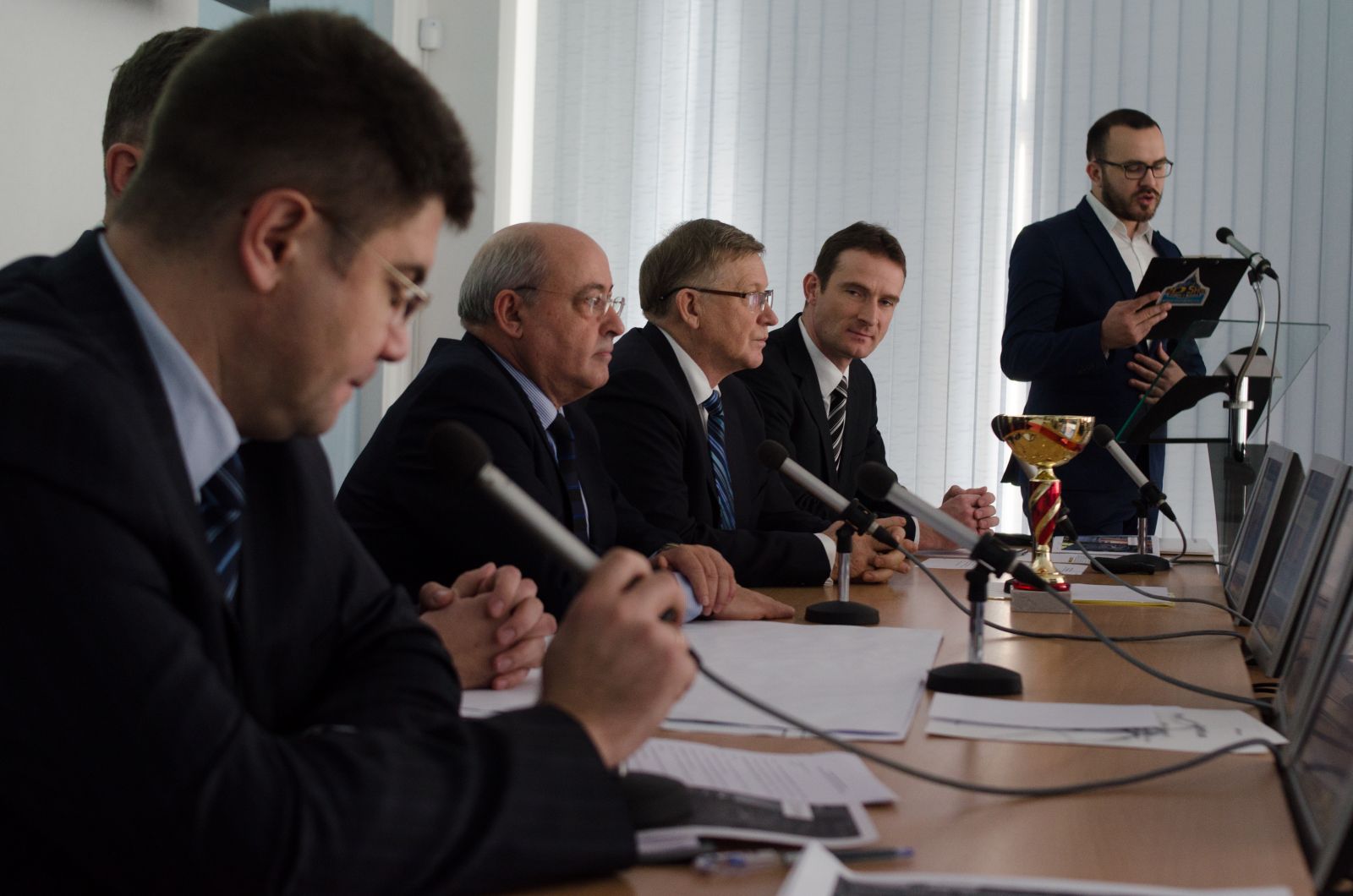 “My colleagues and I chose a very serious problem. The task that was set before participants was based on the technical realities of businesses around the world. A few months ago, when the contest was just announced, I gave the participants some parting words: whoever works on this task should forget about the traditional thought processes. The traditional finite element method will not allow for the problem to be solved in 3 months. By the results we can see that at least 3 teams listened to my parting words,” said Pino Tese.

8 teams from South Ural State University and 2 teams from Germany participated. Of the 10 teams, 8 teams prepared the solution and sent to jury review, 7 of which were from SUSU and 1 from Germany.

Dirk Liftucht, Head of the Department for development of components and casting technologies at SMS Groups, talked about the basics of projects and methods of analysis and also presented the results that the teams obtained.

The best results in terms of the accuracy of predicting products sticking were shown by three teams, two of which represented South Ural State University. Each of these teams defended their solution before the contest jury. Based on evaluations of the algorithm’s effectiveness and the possibilities of their application to manufacturing conditions, the jury chose the first and second place among the trio of teams.

The team from the School of Electrical Engineering and Computer Science, under the guidance of Mikhail Tsymbler, which included Aleksey Porozov and Yana Kraev, were chosen as the winners. Their algorithm used machine learning based on neural networks, and was the most accurate. The winners received a cup, certificate, and a check for 4000 euros from the SMS Group company.

“This is a wonderful contest – we never solved such difficult tasks on this level. I was in doubt for a long time – is it even worth trying to do this? But thanks to the support of the leadership from the School of Electrical Engineering and Computer Science we decided to participate after all. We don’t know how to participate poorly – and that’s how we won,” said Mikhail Tsymbler.

“We work on informational technologies, and the task was from the sphere of metallurgy. We consulted with specialists in metallurgy who helped us understand this area. We studied a lot of data on the rolling process offered by the contest organizers and understood how to teach artificial intellect to predict sticking of workpieces, and that’s how we solved this task,” shared Aleksey Porozov.

Second place went to team from the Institute of Natural Sciences under the guidance of Tatiana Olenchikova, which included Nikita Semiklit and Stanislav Zankov. They were also awarded a certificate and a check for 1000 euros from SMS Groups. 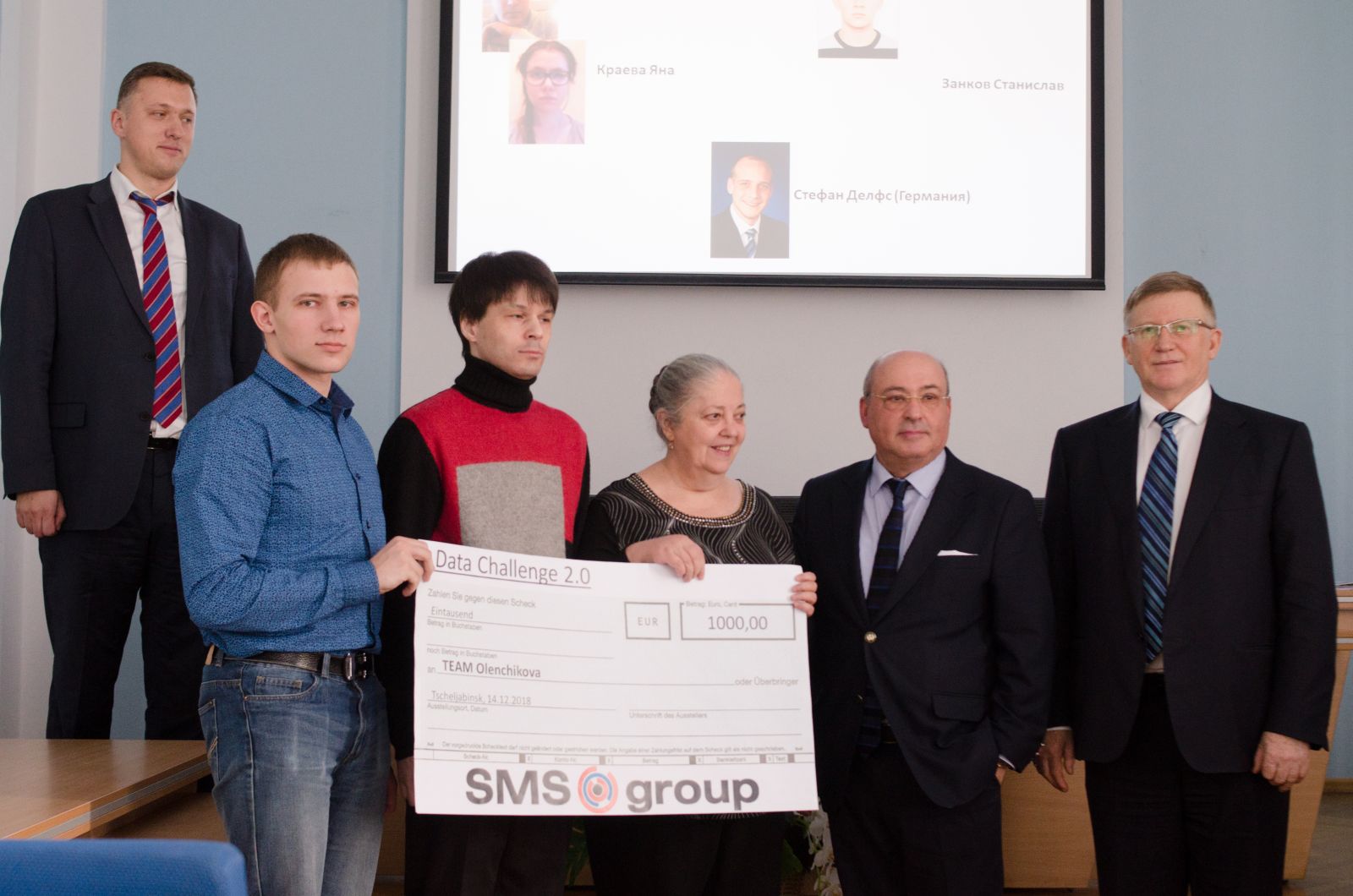 In addition, certificates from the SMS Group were awarded to all of the teams which participated in the contest.