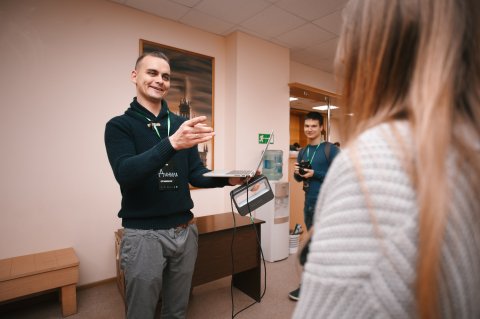 On December 12, the second annual IT Forum Chelyabinsk, in which took part speakers from large Russian and international IT companies, young specialists in the sphere of informational technologies, and students of engineering specialties, took place at SUSU. Organizer of the event was SUSU IT Department.

The Forum is intended to increase the level of information society and population’s life quality due to the use of IT technologies in various spheres of social life, and promote an exchange of advanced practices. 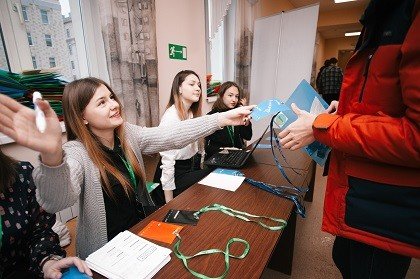 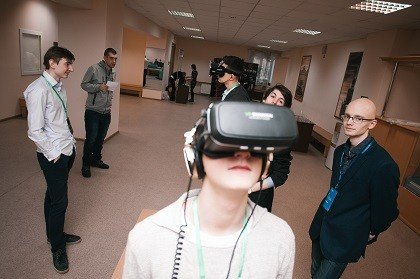 “The main goal of the event is to unite IT communities of the city. Here, practicing specialists can share experience, successful implementation of projects in various areas: machine learning, blockchain, mobile applications development, etc.; in turn, young people who has just started their way in IT can learn a lot from their experienced colleagues. But the most important thing is, during such events participants can find a team for implementing their ideas and projects which subsequently might greatly influence the entire humanity,” said one of the forum organizers, Vladimir Zhabinskiy.

Moreover, Pavel Podkorytov, the executive partner of Napoleon IT, Man of the Year 2017 in nominated category of Informational Technology by the opinion of the Delovoy Kvartal (Business Quarter) magazine, took the stage with a lecture entitled “Digitalize or die”.

Another report was presented by a Yandex teaching expert, Evgeniy Letov, who talked about hot trends of Yandex advertisement: how to accelerate loading of web site pages up to 15 times due to new technologies, how to post an advertisement in the Internet with accuracy to 500 meters, how automatically set advertisement without keywords and develop a creative banner using robots. Event manager of the Chelyabinsk IT Park, Ekaterina Kondakova, provided a review of the upcoming IT events at the South Ural. Elena Morozova from the Internet Initiatives Development Fund told about prospective of fund raising by start-up projects. Employees of Rostelecom Company presented cloud solutions, and the owner of home mining farm, Artem Miheev, shared a secret of earning with digital money and told about the blockchain technology, its use and prospects.

Aside from lectures from the leading IT companies of Chelyabinsk, participants also attended a big IT networking and interactive platforms where they got the opportunity to observe the work of a 3D printer which created a mockup of SUSU, put on virtual reality headset, etc.