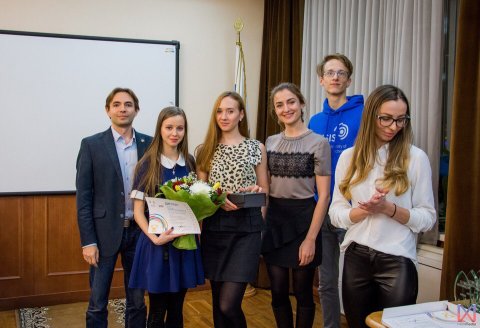 Students of the Department of Journalism and Mass Communications of the Institute of Social Sciences and Humanities who comprise the creative group of SUSU-TV broadcasting company took part in one of the most prestigious journalism contests – the All-Russian Contest for Student Publications and Young Journalists MEDIAVESNA 2017. The founders of the contest are the Federal Agency for Youth Affairs, the Russian social organization Russian Union of Youth, and the National University of Science and Technology MISIS. 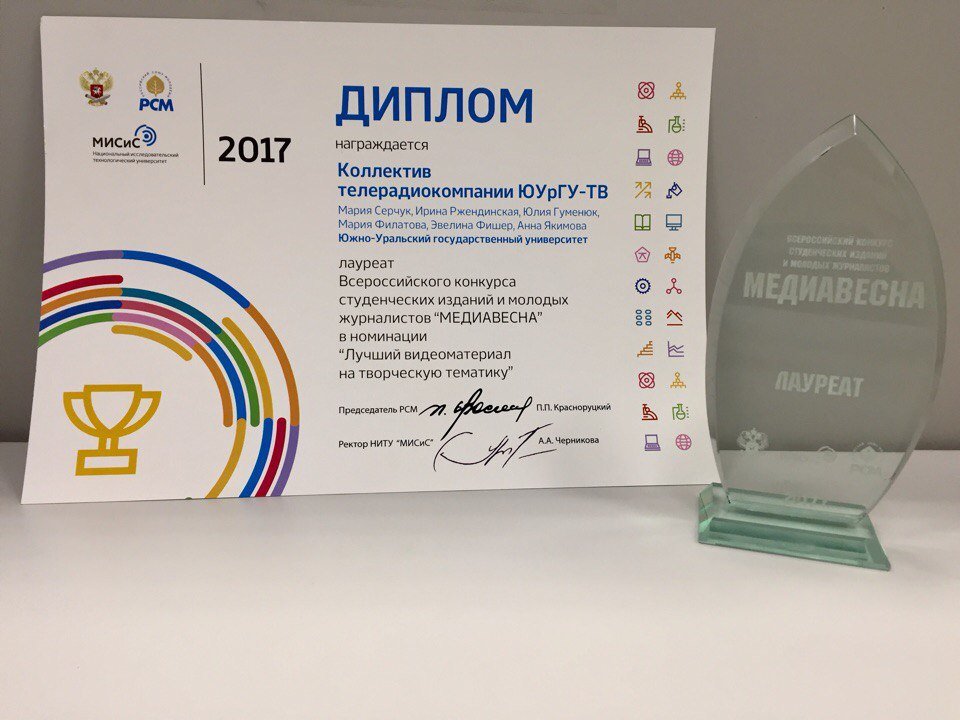 The main goal of the contest is to seek out promising journalists, create new and develop existing young student media projects across the Russian Federation.

SUSU students presented a film titled SUSU Zhurfak (SUSU Faculty of Journalism) at the contest, created at the university television station under the guidance by the Head of the Department, Doctor of Sciences (Philology) Lyudmila Shestyorkina and editor Olga Maruseeva.

This work shows the traditions, unique media creation area, and academic programs of one of the best Russian faculties of journalism – the SUSU Faculty of Journalism – in an entertaining form using expressive and artistic television, animation and internet means.

The members of the jury appreciated the professional and creative approach of the students of the Department of Journalism and Mass Communications to creating video materials, and invited the film’s authors to Moscow. The awards ceremony was held at the Ministry of Education and Science of the Russian Federation. The SUSU-TV creative group was represented by students of group SG-211 Mariya Serchuk and Irina Rzhendinskaya. They received awards in the category “Best Video Material on a Creative Topic”, a MEDIAVESNA participant’s diploma awarded to the SUSU-TV creative group.

More than 100 would-be journalists (university students from all over Russia) participated in the student contest.

A round table was organized for the participants of the contest final, where they had professional talks and shared their experiences. Experts of the contest – Sergey Kosenchuk, Deputy Executive Director of the International Association of Student Television and Emma Gadzhieva, host of morning radio show “100% Morning” at Sport FM radio station ‑ answered all of the questions from students of various universities of our country.