There are no limits for learning! 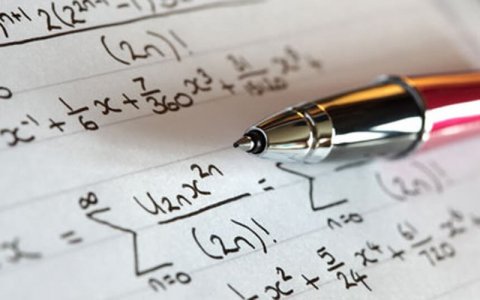 Mathematics is the Queen of sciences; the level of mathematization determines scientific nature of other branches of knowledge. Without complex calculations, the creation of contemporary equipment is impossible. SUSU researchers are well-known by their research in both applied and fundamental spheres, including the sphere of mathematics.

One of the researchers – Doctor of Physics and Mathematics, senior research fellow, Professor of the Department of Mathematical Analysis and Methods of Teaching Mathematics of the Faculty of Mathematics, Mechanics and Computer Science of the SUSU Institute of Natural Sciences (INS), Valeriy Karachik. 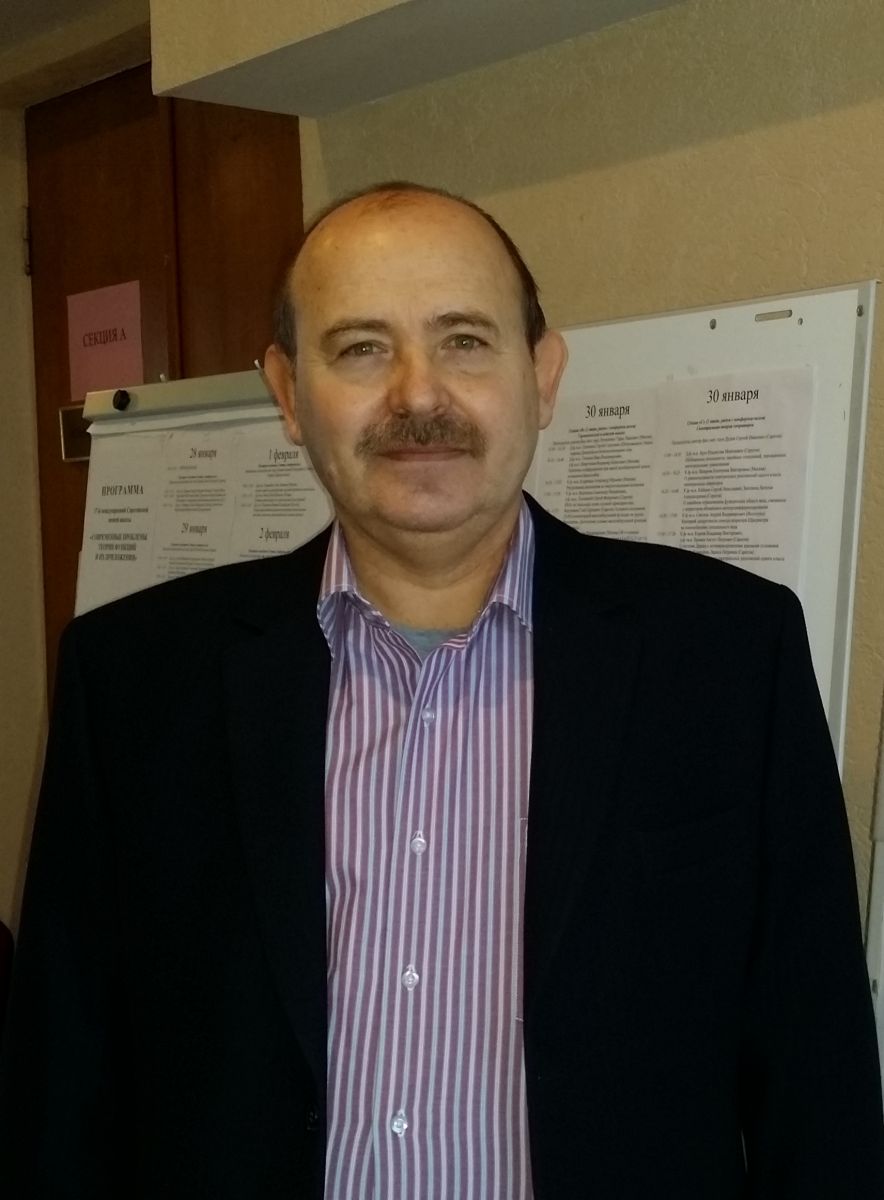 He was born in Uzbekistan, in the city of Tashkent. In 1977, he graduated with honours from the Tashkent State University named after V.I. Lenin in the specialty of Applied Mathematics and was offered a job position at the Institute of Cybernetics of the Uzbekistan Academy of Sciences. In 1993, Valeriy Valentinovich started combining his principal activity with teaching at the University of World Economy and Diplomacy, and starting from 1996, this job became his main occupation. In 2004, upon an invitation of former Rector and now the Director of SUSU German Platonovich Vyatkin, the mathematician moved to Russia and joined the university’s teaching staff.

Professor Karachik is a qualified specialist in the sphere of differential equations with partial derivatives and of mathematical physics; his works are well-known in both Russia and abroad. Valeriy Valentinovich is the author of the normalized function systems method which allowed making significant contribution to the study of boundary problems for a polyharmonic equation with derivatives of high order on the boundary. On the basis of this method, the researcher developed new approaches to forming categories of exact solutions of linear differential equations in partial derivatives and their boundary problems.

Boundary problems for equations with partial derivatives is a universal model of many processes which take place in the surrounding world. A typical example is the well-known Navier-Stokes equation which describes dynamics of viscous incompressible liquid, and the special case of which, the Reynolds equation, is well-known to our triboengineers. However, it is not so easy to answer the question whether a problem is solvable, let alone find the solution. Therefore, studying the cases when an exact solution can be just written out becomes more important.

The results obtained by Valeriy Valentinovich in the sphere of studying decompositions of Almansi type for various linear operators in second-order partial derivatives gave him the possibility to find similar exact solutions for a wide range of boundary problems.

Well-earned authority among his colleagues, V.V. Karachik contributes a lot of efforts and energy to editorial activity. Since 1992, the scientist has been an abstractor of zbMATH (Zentralblatt für Mathematik), and starting from 1997 – of Mathematical Reviews abstract journals; he is the author of almost 230 structural abstracts, the reviewer of journals edited byELSEVIER Applied Mathematical Modelling, Advances in Math and Acta Mathematica Scientia, along with such journals as Variables and Elliptic Equations (Taylor & Francis) and Mathematische Nachrichten (Wiley). Valeriy Valentinovich is an editorial board member of the SUSU Bulletins’ series entitled “Mathematics. Mechanics. Physics” and of the journal entitled “Problems of computational and applied mathematics” which is published in Tashkent.

He is frequently published in high-ranked scientific journals; by the present time more than 210 of his research papers got published, including six study books and a monograph. Hirsch index of Valeriy Valentinovich is 9 in SCOPUS (authorId = 6602898763) and 15 in RSCI.

Having spacious mind and a talent to teaching, Valeriy Valentinovich contributes many efforts and energy to organizing education process. He prepared and delivered series of lectures for students majoring in mathematics and physics across a wide range of issues: variational calculation and optimal equation, theory of functions of a complex variable, differential equations, theory of functions of a real variable, and harmonic analysis.

He developed and introduced the main course of mathematical analysis for students of the Faculty of Physics and the Faculty of Computational Mathematics and Informatics, having supplemented it with five personally written learning guides.

Under his supervision, undergrads and postgrads prepare their course papers, diploma thesises, graduation qualification works and candidate dissertations. Valeriy Valentinovich is a supervisor of postgraduate studies on the specialties of “Substantial, Complex and Functional Analysis” and “Mathematical Modeling, Numerical Methods and Complexes of Programs”. In 2013, his postgraduate student Natalia Aleksandrovna Antropova successfully defended her candidate dissertation.

He is a member of Dissertation Boards on the specialty of “Mathematical Modeling, Numerical Methods and Complexes of Programs” (Chairman of the Council is A.L. Shestakov) and on the specialties of “Mathematical Software of Computing Machines, Complexes and Computer Networks” and “Theoretical Fundamentals of Computer Science” (Chairman of the Council is L.B. Sokolonskiy).

In his own words, the scientist says about his work as follows. Specialists in applied spheres of research formulate conceptual problems. Then comes the turn of a mathematician, who translates these problems into the language of mathematical models. It is expected that research of the models should lead to understanding of the applied problems which caused these models. The mathematician obtains a description of the mathematical models in either analytical or numerical form; then he transfers the description to specialists in the applied sphere who in turn have to interpret the obtained solutions from the perspective of problems of interest. In a perfect case, when a specialist at the same time is both expert in applied sphere and mathematician, the optimal result can be obtained. The examples of such researchers are such academicians as A.N. Tikhonov, M.V. Keldysh, Ya.B. Zeldovich, L.S. Pontryagin and many other outstanding Russian scientists.

In this regard, we should mention one more area of Valeriy Valentinovich’s activity – the search of approximate analytical solutions of boundary problems. Such form of solutions’ presentation makes it essentially easier for specialists in applied sphere to use them. The example can be the research of real physical processes in distribution-of-temperature problems, electric potential problems, and in elasticity problems, which can be described with harmonic and biharmonic equations. The initiator of such research was Valeriy Valentinovich himself.

Special computer programs help to simplify all symbolic calculations and reduce formulas to less complicated ones. One of the programs, the “Symbolic Solution of the Dirichlet Problem for the Poisson Equation on a Sphere”, was created by Professor Karachik’s student, Natalia Antropova. The program was registered, and an author certificate issued by the Rospatent was obtained.

– How do research topics get selected?

– I thoroughly read scientific publications, including articles, which are sent for reviewing from editor’s offices of journals and abstract journals. From them I extract information and make specific conclusions on how interesting and perspective is one topic or another,” says Valeriy. Valentinovich. “If a see a problem that can be solved I take it. I search for problems from the variety of those which are of interest at the present time, and it can be determined by publications. Problems come to existence in the process of development of mathematics and the society. Correspondingly, I will switch from one set of interesting problems to another one with includes similar but a bit different problems. There is no finishing point.

When I find solution of a mathematical problem, I arrange the result in the form of an article and send it to a scientific journal. It happens that the topic doesn’t excite an interest of the journal’s editors because it does not comply with the journal’s general research direction. Then I send the work to another journal. By the way, Russian journals are more willing to publish articles as they understand their significance. Nevertheless, I don’t have unpublished works; I don’t write for nothing, it’s just that my articles get accepted by different journals. By the way, outstanding Russian scientists, for example, the creator of the Moscow Mathematical School, Nikolay Nikolayevich Luzin, in 1917-1920 mostly got published abroad because of the well-known events within the country. And foreign publishers paid them, which helped the scientists to make ends meet. It is nice that nowadays SUSU leadership actively encourages publishing activity of researchers, both morally and materially. I find such encouragement to be absolutely right: a scientist should not be poor, besides, it feels good to be valued. For example, recently, at the Research Council meeting, Director of the Institute of Natural Sciences, Alevtina Victorovna Keller, awarded me a certificate of appreciation for active research work. It is also nice to know that my works get frequently quoted by colleagues, including the colleagues from abroad – from China, Kazakhstan, Turkey, and Germany. It happens thanks to once established scientific connections. Of course, it is very important to have like-minded colleagues who are working over the similar topics. Among my co-authors, I would like to acknowledge several foreign researchers who are well-known enough in our midst. They are: Professor of the Akhmet Yassawi International Kazakh-Turkish University, Batirkhan Turmetov, Professor of Hebei University of Engineering (China), Yuan Hongfen, Head of the Department of Differential Equations and Mathematical Physics of the National University of Uzbekistan, Obijon Zikirov, and a scientist of the Institute of Mathematics and Mathematical Modeling of the Ministry of Education and Science of Kazakhstan, Berikbol Torebek. The interesting thing is, the foreign colleagues found me themselves, having interested in my articles; and then they offered collaboration in the sphere of science. Together we wrote a series of articles which were published in highly ranked journals in English. The topic I am working with is of great interest to me, it brings me emotional satisfaction, and I hope to keep working on it in the future.