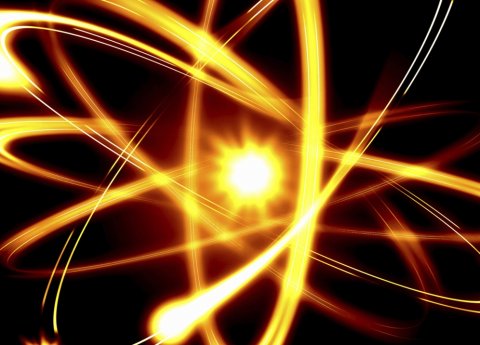 The Department of Computer Modeling and Nanotechnology at the Faculty of Physics of the SUSU Institute of Natural Sciences performs research important both for the applied and fundamental science. Doctor of Sciences (Physics and Mathematics), Professor Alexander Yalovets talks about the search and discoveries in this field. 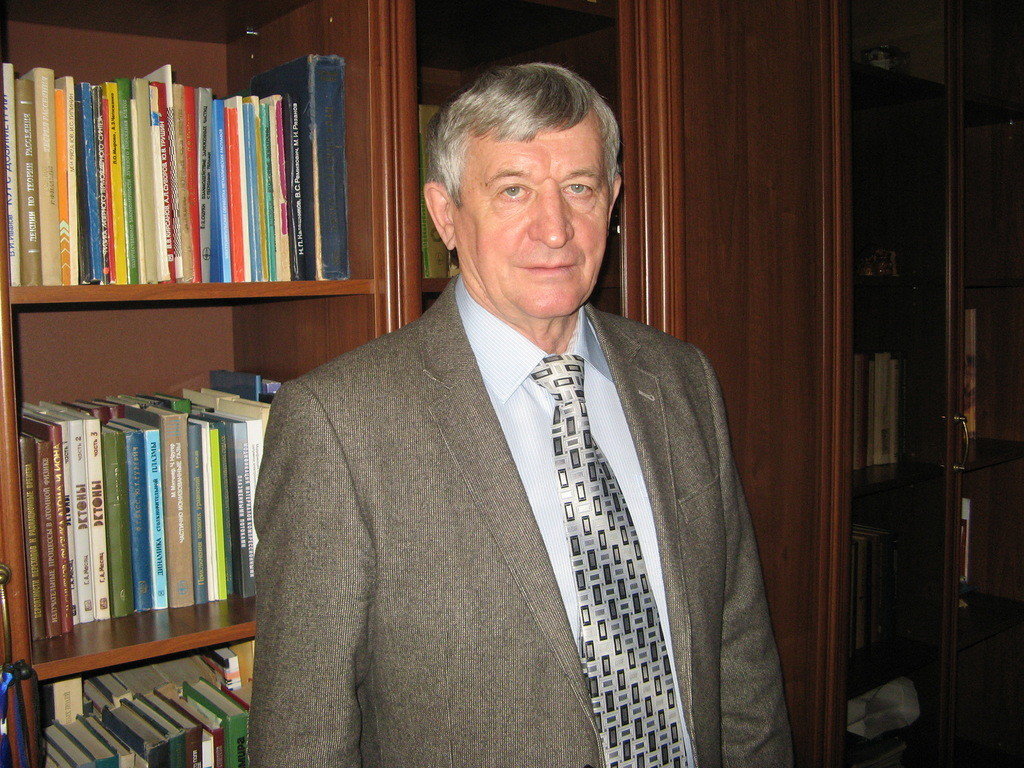 – Which field of your research is the most significant and promising?

– Studying of the effects of intensive flows of energy on matter. I mean intensive flows of accelerated charged particles (electrons and ions), plasma flows, or laser radiation. Quantitatively such energy flows are characterized by the power density of radiation – radiation energy per area unit per second. In our research it is measured at the very least by megawatts per square centimeter, the time of exposure – from dozens of nanoseconds to hundreds of microseconds. Meanwhile matter is heated at the speed of about a hundred million degrees per second, and over the time of exposure to radiation the temperature of the medium, as a rule, exceeds the temperature of melting, reaching dozens of thousands of degrees in some cases. In such extreme conditions processes of various types begin in the matter exposed to radiation and lead to changing of the matter properties. Exactly these processes and changes are the scope of our research.

– What is the work’s relevance namely with regard to this field?

– In the 50’s of the 20th century a new scientific field, known today as High Current Electronics, started developing both in our country and abroad. Among the topical tasks of that time were, for instance, creation of accelerators for generation of powerful nanosecond electron and ion beams, gamma- and microwave radiation pulses, and the use of such beams in research on controlled thermonuclear fusion which were actively underway around the world back then.

Practically at the same time with the high-current acceleration engineering, industrial radiation technology started developing.The materials’ processing with high-current electron beam started being implemented during electron-beam melting of refractory metals, hardening of surface layer of steel, cutting and sizing of various materials including ceramics, and building up of powdered coatings.

As empirical data were being collected while studying the interaction of intensive flows of charged particles and plasma with solid bodies, new prospects were opening regarding creation of radiation technologies for processing of various structure materials. Thus, along with the traditional methods of high-volume strengthening effects on materials, such as thermomechanical processing, hardening and shock-wave loading, new ways of materials’ processing appeared: using intensive energy flows with the flow power density of 0.1–100 MW/cm2.

Currently more and more attention is paid to developing the methods of structure materials’ processing with powerful flows of accelerated charged particles and plasma since in many cases these allow to significantly improve performance characteristics, and sometimes even achieve technical and economical effects impossible to obtain using traditional methods. Radiation technologies have a number of serious advantages against the traditional ones used in mechanical engineering, for instance, the possibility of processing high-precision parts of complex shapes, little time required for the processing, and simplicity of the process automation. That is why research aimed at studying the processes of radiation effects on matter in order to develop new materials is a crucial task of the contemporary material science.

– Who else in the world does research in this field?

– The geography of research studies on processing of materials using intensive radiation flows of various kinds is quite wide today. Among the economical leaders who deal with it we may name USA, Japan, China, Germany, and France. The position of Russia in this field of research is also quite high, especially with regard to developing high-current electron and ion accelerators intended for solving tasks of radiation technologies. Russian leading centers in developing equipment for radiation technologies, as well as of the technologies themselves include Institute of High Current Electronics SB RAS (Tomsk), Institute of Electrophysics UD RAS (Yekaterinburg), JSC “D.V. Efremov Institute of Electrophysical Apparatus” (Saint Petersburg), Moscow Aviation Institute (MAI), and Tomsk Polytechnic University (NRU). If we are talking about the near abroad, the achievements of the State University and the National Academy of Sciences of Belarus in the field of plasma processing of structure materials are worth noting.

– What are the peculiarities of research in this field?

– As a rule, the research studies on the effects of intensive energy flows on matter carried out at various centers are experimental and aim at solving certain technological tasks. In the context of such approach, even if a certain problem is resolved successfully, the issues of physical nature of the observed phenomena are not addressed. The lack of understanding of what happens to matter during exposure to intensive energy flows does not allow, for instance, to determine optimal modes of processing, and as a result, not all the possibilities of the fulfilled technology are used. Obviously, it is most efficient to combine experimental research with the theoretical one.

Here it is worth noting that the object under consideration, “matter + intensive radiation flow”, is quite a difficult one to describe theoretically, for a number of reasons. First, during exposure to radiation quite a series of processes are launched to describe which a researcher needs to use theories from practically all sections of physics, including mechanics, electrodynamics, quantum mechanics, continuum mechanics, and physical kinetics. Second, since the formulated system of equations admits an analytical solution only in very rare cases, it has to be solved numerically, meanwhile standard algorithms do not work very often – as a rule, because of a huge range of thermodynamical parameters which is being fulfilled in the task under consideration. These are the reasons why theoretical studies in many research centers are normally limited to performing various evaluations used as ground in an attempt to explain the phenomena observed in the course of the experiments.

– How is this field being researched at our university, and who is managing it?

– More than ten years ago a team of scientists was formed at SUSU who have been performing theoretical research on the effects of intensive radiation flows on matter. Over this period of time we have succeeded in building strict mathematical models describing physical processes which occur in matter exposed to radiation, and using these models we have managed to explain most of the observed experimental facts. Our team included postgraduates, for whom I also acted as the academic advisor, and all of them defended their Candidate thesis works successfully and in due time. The total of six Candidates obtained their degrees in this field over the passed time: two people under the program on “Fluid and Plasma Mechanics”, two people under “Electrophysics”, one person under “Condensed Matter Physics”, and one more person under “Theoretical Physics”. The range of the mentioned specialities reflects the multiple and diverse processes occurring in case of exposing matter to radiation.

At present the following SUSU researchers, besides me, keep working on this problem: Associate Professor Artem Yacheslavovich Leivi, and postgraduate Natalya Sergeevna Dyuryagina.

– What equipment do you use in your research?

– In 2014 experimental research on effects of intensive electron and plasma beams on matter started at the university. This became possible, first of all, thanks to the support of this field by the Rector’s Office: a unique installation RITM-M, created by High Current Electronics SB RAS (Tomsk), was purchased. It is a high-current electron accelerator with two magnetrons: after film sputtering on a template by means of these magnetrons, it allows to process this film with an electron beam and thus obtain quality coating. Secondly, thanks to the initiative by Associate Professor A.Ya Leivi, a generator of compression plasma flow was created at SUSU, what allowed to carry out experiments on effects of plasma flows on matter. The availability of two installations of various ways of affecting matter at the university significantly broadens the range of the tasks that could be solved.

– And what are these tasks?

– The theoretical base developed at the university and the based on it understanding of what happens in the matter under exposure allowed to instantly solve a series of practical tasks. One of those included coating a brass template with copper and nickel using the RITM-M unit – this is the technology of making elements for clockwork mechanisms. The main purpose of coating brass targets with nickel film is to achieve better adhesive properties than those resulting from galvanizing. The samples with magnetron-sputtered and galvanic films were put to salt-fog corrosion tests, which revealed that the coatings made using the RITM-M installation were twice as durable as galvanic coatings.

It would be appropriate to give the following example here: for many years the experiment researchers could not find an answer to quite a topical question – why, during exposing a target to intensive electron or ion beams microcraters form, even on very clean exposed surfaces; and that is highly undesirable since presence of such formations significantly worsens performance characteristics of a part. Dozens of hypotheses were suggested by various publications, but none of them were correct. Theoretical studies proved that this phenomenon was caused by developed Taylor instability. Figure 1 compares theory and experiment.

– Where are the results of your research published?

– They are published in many foreign and Russian editions, such as International Journal of Plasticity, High TemperatureMaterial Processes, Journal of Surface Investigation, Journal of Theoretical Physics. Also, we deliver presentations on a regular basis at international scientific conferences and symposiums held both in Russia and abroad.

– Do you collaborate with scientists from other universities in this field?

– Obviously we could not achieve such results without collaboration with colleagues from other research centers. We very closely collaborate with researchers from Institute of Electrophysics UD RAS (Yekaterinburg), High Current Electronics SB RAS (Tomsk), Tomsk Polytechnic University (NRU), and Belarusian State University (Minsk). The most important thing here is the exchange of the obtained results with the specialists: this leads to new tasks, ideas, and often ‑ to joint publications.

– What are the prospects of working in this field?

– The results of the experimental and theoretical research on the effects of intensive energy flows on matter obtained as of today open vast prospects of using electrophysical methods for processing various structure materials since they have a series of unmatched advantages against the traditional processing methods. Already now electrophysical methods are widely implemented in mechanical engineering, nuclear industry, and medicine. Thus, for instance, in many cases there is a real possibility of replacing the environmentally hazardous electrolytic coating methods with electrophysical ones, that is to switch from “wet” technologies to “dry” ones – you could draw an analogy here of switching from traditional “chemical” photography to digital one.