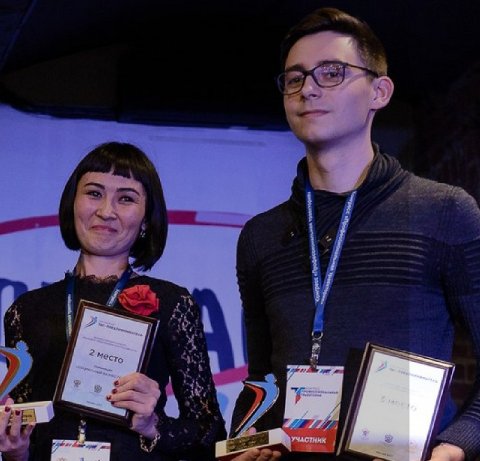 Ivan is the Head of MeteorIT company, which entered the market in 2017 with their DiaMeter application for people suffering from diabetes. The businessman proved that social projects can be profitable and, thanks to that, can be developed.

In July 2017, Ivan presented his project under the Social Business category to the Contest Commission and won the regional stage. Among two thousand applications, the top fifty from all regions of Russia were chosen in this category. The final, national stage of the contest, at which Ivan spectacularly presented his project “DiaMeter: Your Diabetes Diary”, was held in Moscow on November 30th.

By the decision of the jury he won a prize and returned to Chelyabinsk with a reward and recognition of the success of his business model at the national level.

Ivan had the following to say about the plans on developing his project and company:

“Participation in this contest gave me the chance to better form the meaning and goals of my project, gave me stimulus to develop, and gave me a lot of helpful knowledge, since besides the contest itself in Moscow I also participated in the Synergy business forum and at the congress of young businesspeople. We have huge plans for developing the application during the next year, including: functions for tracking diabetes, new capabilities for the users to communicate, integration with voice assistants, a web version, ability to send data online to your doctor and relatives, and collaboration with large companies who work in controlling diabetes.

Besides the DiaMeter project, Meteor-it is working on developing mobile apps for businesses. At present we are already working with serious clients in Chelyabinsk, and we are planning on making our portfolio larger with new and interesting projects.”