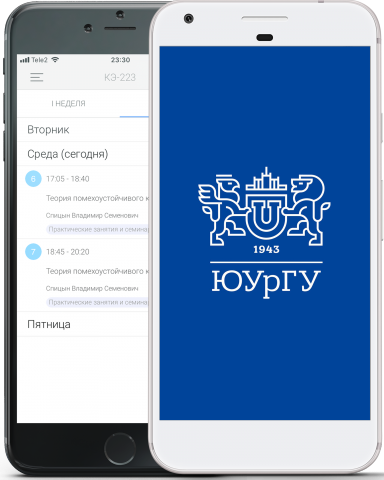 The majority of students are already using the official SUSU mobile app which has been operating for over four years already. Now, with the release of a new version and an update to the interface and design, using the application became even more comfortable and pleasant. The functions of the application include up-to-date schedule, recent news, a list of open jobs for students, and much more. The head of the project, SUSU student Alexander Berestov, told us about the idea for SUSU Online and the future plans for improving it.

– When did the idea for creating the application pop up?

– I had the idea to create an application in 2013. We, the student professional bureau of the then Instrument Engineering Faculty, participated in the contest SUSU Student Leader, and one of the requirements was to present a project. At that time we thought: why not do a mobile application? No universities in Russia at that time had a mobile application. We decided that if it is an application for students, then there must be, first of all, an electronic schedule, a news feed with interesting information, a job search, and some kind of method for students to speak with professors. We began the development of this application as a student initiative which lasted until February 2017. Since 2017, the university has supported this initiative under Project 5-100, and it has become the official application for SUSU.

– What does the application offer today?

– At present the application has an electronic schedule which synchronizes with the Univeris module. You can also load the schedules for a few groups. There are schedules for professors, too. In a different section there is a news feed, which is being populated by university staff member Natalya Popova. She is the application curator on SUSU’s side. There is another section, “Work”, where some vacancies are posted. If there are no vacancies, you can fill out an application right in the app. Of course, there is also a student campus map, where you can see all of the academic buildings, dormitories, and more. In the settings, you can send a question to the university and turn notifications on and off.

– Is the application popular? How do you plan on improving it?

– Currently around 12 thousand people use this application. On November 28th, we updated the application for iOS; and 2,300 out of 5,000 of our users have already downloaded the update. Right now we are working on synchronization with SUSU profiles. There, it will be possible to receive information about the dormitories, fill out information for Top 500, and much more.