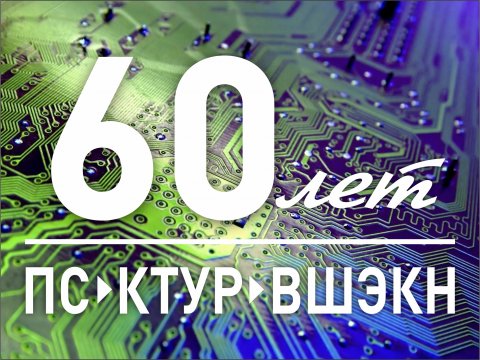 On December 1, 2017 at 15:00 a celebration will take place at the SUSU Activity Hall on the occasion of the 60th Anniversary of Instrumentation Engineering Faculty, which became part of the School of Electrical Engineering and Computer Science in 2016.

Instrumentation Engineering Faculty established by the Decree of the Rector of Chelyabinsk Polytechnic Institute Alexey Sychevon October 23, 1957 became the center of training engineers and scientists in a wide range of specialities related to information technologies, automation engineering and radio electronics.

Today, the School keeps up the traditions of classical technical education and focuses on creating an elite environment for training top-rank scientists and engineers.

“I am convinced that the School of Electrical Engineering and Computer Science will be a worthy successor to Instrumentation Engineering Faculty in the field of training top-rank specialists, performing work on creating high-end technologies, and organizing education and research-and-development projects at the federal and international levels! To all the professors and staff of the School I would like to wish good health, success in research and teaching, as well as talented students, and to the students I wish only good or excellent marks in studies, active participation in the School’s diverse life, and successful start of their professional careers,” notes SUSU Rector Alexander Shestakov.

The SUSU professors and employees, the School’s alumni, partners and employers, as well as the representatives of the Chelyabinsk Region Government will take part in the event celebrating the 60th Anniversary of the School of Electrical Engineering and Computer Science.

Also, performances by the Mannequin Student Theatre Studio, Primavera choir and students of the School of Electrical Engineering and Computer Science are planned.