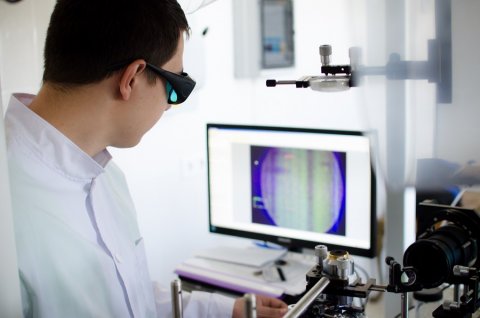 Studies of optical moments performed by the Junior Research Assistant at the SUSU’s Laboratory of Physical Research Marianna Vlazneva will help improve orientation of optic-fiber sensors for measuring various physical quantities. The young scientist is the winner of the Prospects of Science 2016 contest, annually held at SUSU under Project 5-100. 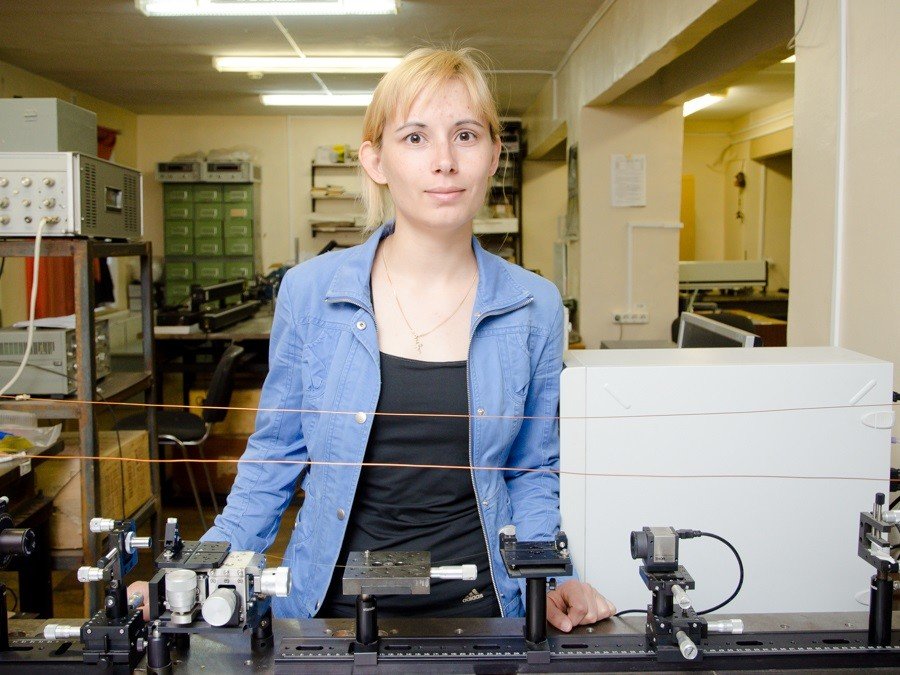 – Marianna Alexeevna, what task does your research solve?

– Our research originates from the 90’s of the past century when Natalia Kundikova and Boris Zeldovich discovered spin-orbital interaction in optic fibers, and already in 1991 the existence of this effect was proved by experiments in turning speckle pattern of circularly polarized light passing through optic fiber in case of altered sign of circular polarization. My research continues this internationally recognized work (N.D. Kundikova was awarded the Galileo Galilei Medal by the International Commission for Optics in 1997).

– And what is a speckle pattern?

– A speckle pattern of light emitted by fiber is a distributed intensity of light in the form of interference of several modes each of which passes through optical waveguide with its own phase velocity.

– What is unique about your research? How does it differ from the already performed ones?

– We developed and experimentally fulfilled the method of determining the mode structure of radiation passing through optic fiber with step index profile, which is based on decomposition of complex light field onto unorthogonal modes. 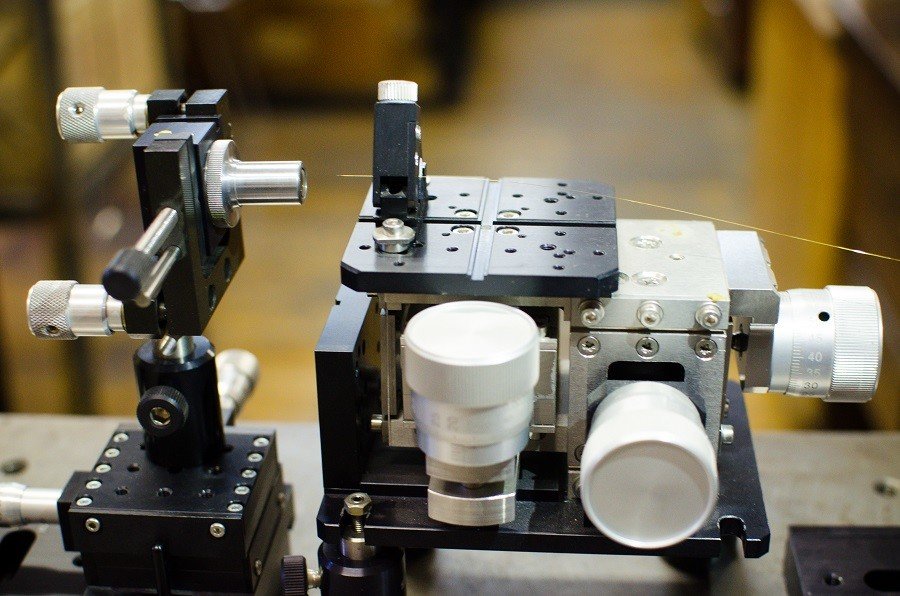 – Which scientific aspects are being developed in your research?

– It has been a common belief recently that orbital moment of photon has huge potential for use in quantum informatics since it has a greater number of degrees of freedom. To transmit information using orbital moment coding, one must know how to input radiation into fiber which would have a pre-set orbital moment combination, that is why it was topical and new to study how to control the mode structure of radiation passing through optic fibers at light-entering end of optic fiber. Our research aims at developing a new method of exciting the modes of optic fiber.

– In which sectors may your innovations be used?

– Our research improves orientation of optic-fiber sensors for measuring various physical quantities. The leading company dealing with developing, implementing and manufacturing of physical quantities’ sensors in the Chelyabinsk Region is Metran Industrial Group. SUSU collaborates with this company regarding the possibility of using the developed method of analyzing the mode structure of radiation in optic fibers in order to expand the options of applying optic-fiber sensors. Every year the managers of Metran Industrial Group award grants in support of the research on analyzing the mode structure of radiation passing through multimode optic fibers in order to measure such physical quantities as pressure and temperature. The aspect of controlling the mode structure of radiation at the light-entering end of optic fibers is also considered topical by the enterprise.

At the moment Marianna Alexeevna is preparing her thesis for the Candidate of Sciences Degree.