SUSU Scientists to Present Their Innovations at VUZPROMEXPO 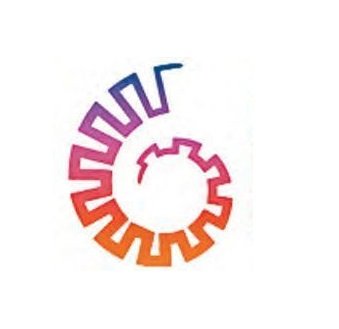 December 13th through 14th an annual national exhibition VUZPROMEXPO will be held in Moscow. The exhibition aims at promoting the state-of-the-art innovation technologies among school pupils, students and young scientists.The developments by the scientists from South Ural State University will also be presented.

In Moscow Vadim Sedukhin, engineer at the Department of Engineering and Technology of Materials Production will present a test prototype of shut-off valves – a type of pipeline valves designed for shutting off of oil flow. 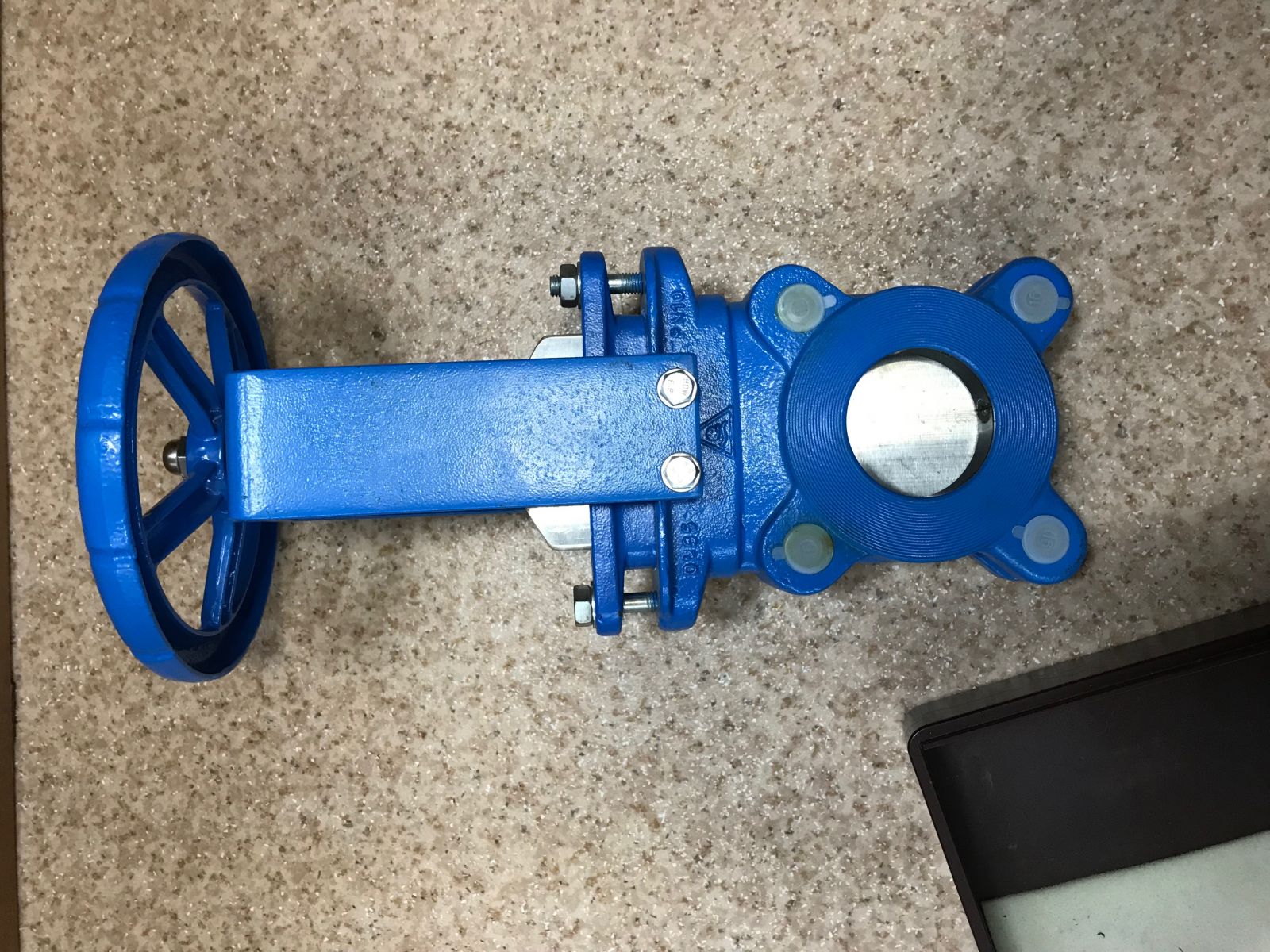 This innovation came as an attempt to solve the problem of environment pollution and losses of oil products due to seal failures and damaged piping materials and shut-off valves.

The main innovation by the SUSU engineers is the material used to manufacture the working part of shut-off valves, the valve itself, as well as the technology of producing this material. The material allows the product to resist hydrogen-sulfide corrosion and abrasive wear during oil transportation via pipelines.

The technology of the material production is a process of electroslag remelting which differs from the standard remelting scheme. By the present moment, the SUSU engineers have performed studies on wear-resistance in the corrosion resistance laboratory, and manufactured prototypes of shut-off valves which are being tested at an oil production enterprise.

The research results proved that the corrosion rate of the experimental metallic materials equals 0.01-0.2 mm/year.While the norm accepted for the production sector goods is 0.50 mm/year. The wear-resistance of the goods manufactured using technologies suggested by the SUSU engineers increases by 10-15 % as compared to goods manufactured using traditional technologies. The test results prove that it is possible to use these materials for corrosive environments (hydrogen-sulfide corrosion) and in the conditions of abrasive wear.

“In essence, cold plasma generator is needed to piece together materials if there is no other way to do it. The generator is a device generating a flow of cold plasma.Plasma is highly-ionized gas composed of positively and negatively charged particles with high degree of energy. That is exactly why they become optically visible, and we can see a flow of light-blue colour. The generator’s voltage (of about60,000 volt) produces a high level of ionization, what provides for quite a low temperature of the particles flow (40 degrees). Such temperature allows to work with a wide range of materials. If we apply a flow of cold plasma to some materials, to plastic material for instance, free radicals with open electron linkage are generated, that is, molecular links in the material are breaking. This breaking allows two materials to enter into a chemical contact and to “link” them together. Thus, the materials are “glued” to each other. The analogue for processing with cold plasma is chemical etching. It is an expensive chemical treatment, that is why at present Switzerland, Germany and China are actively using cold plasma in industry. Our advantage is that foreign equipment costs about 250,000 Euro, while the price of our device does not exceed 1,000 US dollars,” explains Vyacheslav Shestopalov. 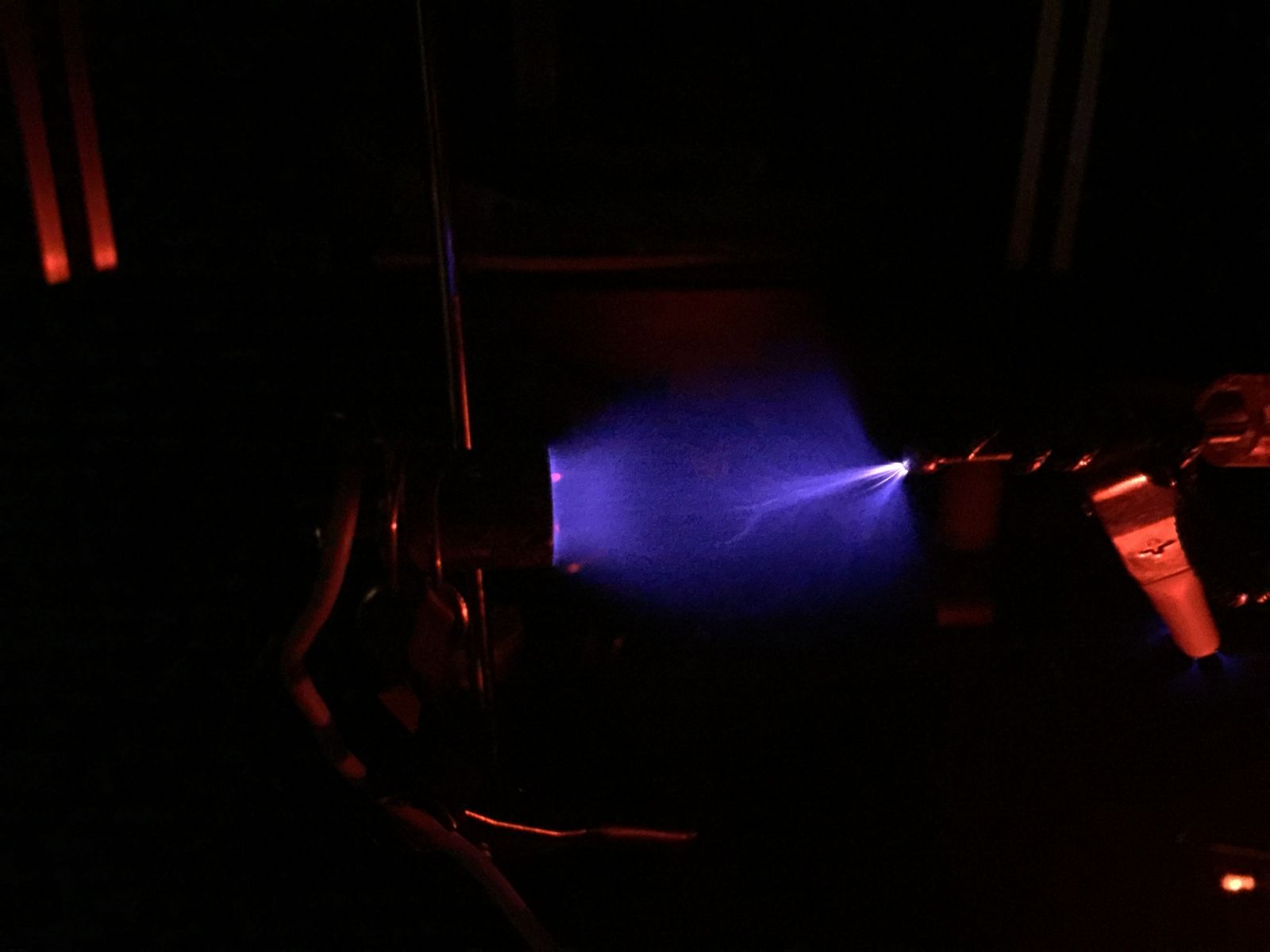 The result of the research performed by the engineers lead by Vyacheslav Shestopalov is achieving the material’s higher strength as compared to the existing analogues. The strength parameters of the earlier analogues are approximately 80 kg/cm2; the engineers of the Research and Education Center “Aerospace Technology” managed to achieve the value of 140 kg/cm2. Meanwhile, the prime cost of the honeycomb core manufacturing turns out to be 40% cheaper than that of the competitors from Tomsk and the All-Russian Institute of Aviation Materials. Today, negotiations are in progress with Ilyushin Aviation Complex regarding the use of honeycomb core for floors in airplanes АН-124, ИЛ-76. Moreover, honeycomb core can also be used to manufacture floors for trailers. For instance, in compliance with the introduced “Platon” system fees are charged for trucks with axel load exceeding 12 tonnes. By using honeycomb core developed under the guidance by Vyacheslav Shestopalov a trailer’s weight may be reduced to 4-6 tonnes. Therefore, a truck can hold additional 8 tonnes of payload.

The third innovation by the Research and Education Center “Aerospace Technology” is heat-shielding composite material “RB-Endokomb”. It is the main structural material for manufacturing of body parts of hypersonic aircrafts. “RB-Endokomb” is honeycomb core with combs filled with compounds, a special inorganic binder with endothermal properties acting as a “chemical refrigerator”. This compound is an innovation by the SUSU engineers. In other words, such material absorbs heat generated during the reaction. An example of the use of “RB-Endokomb” is manufacturing of hypersonic aircrafts’ facing. Since “RB-Endokomb” is a composite material, its chemical components will be activated depending on the temperature of an aircraft’s facing. Once the facing temperature reaches 300 degrees during picking up of hypersonic speed, the first chemical component is activated, which absorbs heat. The next component starts working at the temperatures of 600-800 degrees. The last component is activated at the temperatures higher than 1,000 degrees. Despite the fact that heat shield is relatively thin, “RB-Endokomb” provides for a high level of thermal protection, what is a significant advantage of this material. Also, the developed composite material is radiotransparent. VUZPROMEXPO is an exhibition of joint developments of the Russian scientists and industrial enterprises which summarizes the results of fulfillment of governmental and target-oriented programs commissioned by the Russian Federation Ministry of Education and Science. This year the fifth national exhibition of engineering and technological achievements in science will take place.