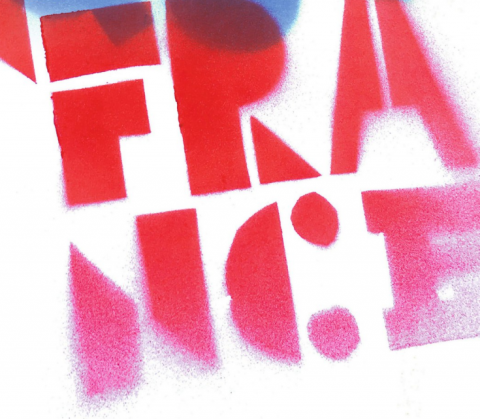 The SUSU Department of Service and Technology of Material Artistic Processing and the Design-sobytiya (Design events) will be offering an exhibition of modern French posters entitled FABRIQUÉ EN FRANCE. This curatorial project by Mitya Harshak is being held with the support of the French Institute.

The exhibition, to be held November 14th through 22nd at the Exhibition Hall of the Union of Russian Artists (Chelyabinsk, Ulitsa Tsvillinga 34) will show artworks by leading masters of French graphic design. Among them are: Philippe Apeloig, Rik Bas Backer, Michel Bouvet, Alex Jordan, Annette Lenz, Vincent Perrottet, Alain le Quernec, Catherine Zask, and others.

Posters are the highest genre of graphic design, on the front line for moving the profession forward. Posters reflect the hottest and most current graphical trends which form a visual world image for modern cities. The exhibition in Chelyabinsk will show the best achievements of French graphic artists of the 21st century.

Before Chelyabinsk, the exhibition was held with great success in Saint-Petersburg, Kazan, Petrozavodsk, and Yekaterinburg. After Chelyabinsk, the project will continue its road tour through Russian cities. A special edition of the magazine Proektor (Projector), dedicated to the 20th century French design, was created for the exhibition. In this magazine, alongside interviews with masters of French design, the history of French posters in the 20th century is highlighted.

Here is what the President of the Golden Bee Global Biennale Sergey Serov had to say about French posters:

“First of all, they are beautiful. That’s what you want to say when looking at any French poster. Regardless of their topic or when they were created, they will always be elegant, refined, and decorative. It is easy and pleasant to work with them in exhibitions. In any exhibition, they are guaranteed to leave a mark which supports the whole exhibit. This is natural for them. France is the birthplace of the poster. French artists are responsible for the birth of the modern form of posters at the end of the 19th century. And no matter what shape posters have taken since then, the genetic memory of these circumstances of its birth will always be preserved in it in the form of its artistry, ease, and charm. Of course, posters, or something like them, existed earlier as well, almost since the invention of the printing press. Including in France. But all of the eras of European classics, the aesthetics of books, where text was king, has influenced posters. The “sterling silver collection” mastered all art and décor. Parisian artists, the painters of Monmartre, executed a significant French visual revolution – the art became the most important in posters. Bright, independent, large. The respectable bourgeois life of post-war France exploded with the student riots of 1968. Demonstrators proclaimed: “It’s forbidden to forbid!”, “Be realistic – demand the impossible!”, “Forget everything they taught you – dream!”, “Power to creativity!”, “Proletarians of all countries – have fun!”. Student creative groups combined that which was not able to be combined – democratic, communistic, and anarchic slogans. The insane French riots paralyzed the state power, but also became the beginning of the end of the monopoly of modernism in visual culture.”

The exhibition will display artworks from eight leading modern masters of the poster. All of the pieces were created in the 21st century. Before this, there were no displays of modern French graphic art in Russia of such size.

On the opening day of the exhibition, November 14th, supervisor of the exhibition and editor of the Proektor magazine, Mitya Harshak (Saint Petersburg) will offer a lecture entitled 100 years of French Poster Design.

You can find more information about the exhibition on: