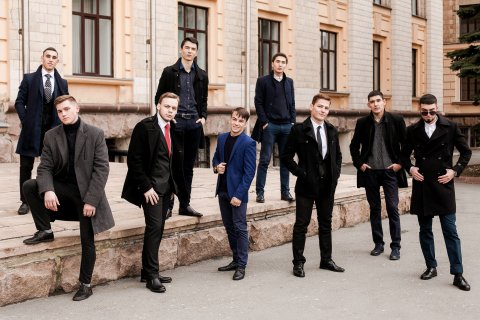 Mister SUSU Campus is a contest which has now become a tradition. Each year, the most charming, charismatic, and talented young men compete for this title.

They will have to pass many tests, and only the best among them will succeed. The contest itself is held in several stages over 5-6 weeks, during which these young men from our campus will learn to be “misters” and will prepare for the contest’s final to be held November 16th in the SUSU Activity Hall.

Casting was held on September 28th, when the jury spent more than 5 hours choosing the best of the best. Each dormitory was represented by many talented young men, but only one of them would get a chance to represent their dormitory in this contest.

Per the results of the casting, the following participants will continue to compete for the main title:

Preliminary rounds, photo sessions and rehearsals await the young men ahead, but the most intriguing question is: Who becomes Mister Campus 2017?