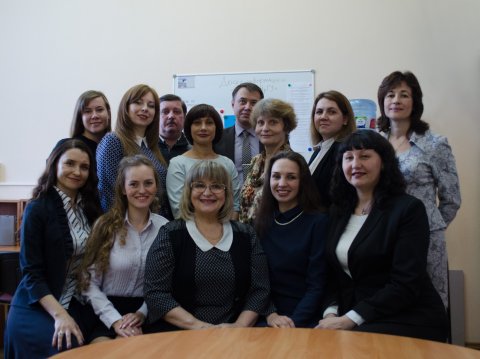 Universal Journalism textbook, developed by a team of lecturers from the Department of Journalism and Mass Communication of the SUSU ISSH’s Faculty of Journalism and edited by Doctor of Philology, the Dean Lyudmila Shestarkina, became the winner at the 4th all-Russian Innovative Public Contest in the category of “The best textbook (manual) for universities and postgraduate education”.

The textbook contains the main stages, methods and types of convergence of Russian and foreign mass media as primary factors of forming a universal journalist. A characteristic of printable mass media in the process of convergence is given; transformation of television and radio broadcasting under the influence of convergence is described; system typological features of new media and Internet-media are presented.

The main attention is focused on the specificity of a universal journalist’s activity in a convergent editorial office: photo and video shooting, recording of radio material, composing media texts for various types of mass media. Methods of information search in the Internet, the system of genres and formats of universal journalism, mobile networks, blog sphere, video hosting, podcasting, mobile telephone industry are analyzed.

Principles of sociological activity of a universal journalist and distinctiveness of advertising journalism are considered. Practical part of the textbook contains workshop plans, tasks for independent work, exercises for composing media texts, guidelines, a glossary of general terms, materials for preparing graduate’s creative portfolio for students from journalism faculties. The Universal Journalism textbook possesses classification designation of the Academic Methodological Association on journalism education, and is one of the most in-demand textbooks on journalism in the country today.